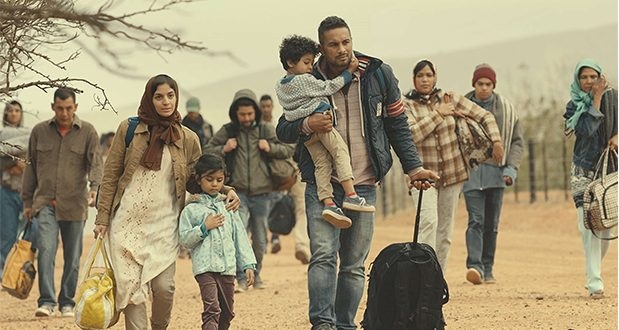 On the occasion of Saturday, 20/6, World Refugee Day, WFTU has issued the following statement:

The World Federation of Trade Unions honors the World Refugee Day, that was decided to be celebrated on June 20th by the United Nations in 2000. Imperialist aggressiveness for the control and exploitation of markets, natural resources and energy roads, capitalist barbarity, anti-labor and anti-peoples policies, hunger, poverty, modern slave trade are the main causal factors that have directly or indirectly compelled millions of people into forced displacement. According to UN data, it is estimated that at least 70.8 million people around the world have been forced to flee their homes. Among them are nearly 25.9 million refugees and every minute 20 people leave everything behind to escape war, persecution or terror.

Refugees are one of the most vulnerable social groups who are uprooted from their homelands and end up in the so-called host-countries where, in most cases, they live in inhumane conditions, facing insecurity and being deprived of basic necessities. Refugees, as well as economic migrants and all forcibly displaced people, are treated as “reserve army” for capitalist production; When capitalists need to increase production,  refugees and migrants are exploited as cheap labor in insecure and miserable working conditions with starvation wages. While, when production is limited due to economic reasons, as a rule, they are instantly expelled from the production process,  without any compensation or providence, losing even the meager income they had.

The consequences of COVID-19 and the indifference of governments and international policy-maker centers have exacerbated the problems and challenges faced by refugees.   The current pandemic revealed in the most tragic way how vulnerable the displaced people are, both in terms of health and safety and in terms of employment and subsistence. Therefore, we denounce the hypocrisy of imperialist countries and the majority of international organizations that make showy and grand declarations about refugees while they provoke or tolerate the uprooting and impoverishment of millions of people for the serving of monopolistic interests.

The international class-oriented trade union movement unites millions of workers in every place of the globe against exploitation, regardless of their origin, nationality, gender, color, religion and any other insubstantial differentiation. In recent years, a variety of activities, initiatives, seminars, international action days, and militant demonstrations have been organized by the WFTU and its affiliated in defense of refugees’ interests.

We are fighting for the creation of dignified welcome and hospitality centers where food and medical care as well as education for the children of refugees will be provided. The protection of refugees is an obligation of the states of the host-counties and they should not transfer this duty to the NGOs and their controversial operation. We demand simplification and acceleration of all procedures for the secure transport of migrants to their final destination countries. We continue and intensify our struggle to ensure democratic freedoms and civil rights, dignified wages, appropriate working and living conditions, security, and prosperity for all refugees. We are strengthening our voice for the dissolution of NATO and the abolition of imperialist interventions. We oppose all forms of discrimination and racism. We isolate the far right, neo-fascism and xenophobia that is sowing poison, obscuring the real division of society into exploiters and exploited, serving the perpetuation of capitalist barbarism.

On the occasion of World Refugee Day, WFTU calls upon its more than 100 million members in the 130 countries of the 5 continents to continue and strengthen their struggle, in every sector and in every region, for the full and smooth integration of immigrants into the local societies and every aspect of social life, including trade unions.