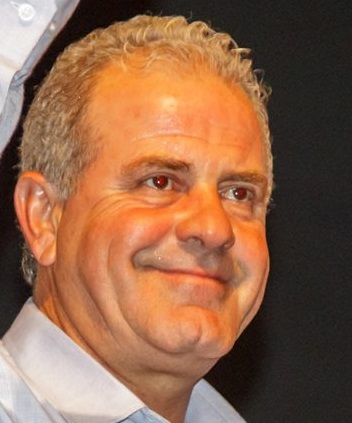 On behalf of the Executive Committee of the Trade Union International of Workers in the Building, Wood, Building Materials and Allied Industries UITBB, and its millions of members around the world, I would like to convey our militant greetings to the WFTU Congress and all its participants here today. UITBB is one of the first, international, sectoral trade unions in the construction sector. It was created by WFTU in 1949, only 3 years after WFTU’s foundation and has been an active member since then.

Today’s Congress is organized in the middle of a very difficult situation for the working class. After 2 years of pandemic, in yet another instance of inner-imperialist antitheses, the war in Ukraine has started. Regardless of the reasons behind the war, we cannot agree with any war, as its biggest victims, as always, are the most vulnerable people, who pay in blood for this fight for power.

At the same time, the working class also has to face vicious attacks by the big capital, which aims at destroying everything the workers have gained through tough and organized struggles, exposing in the fullest, the true face of capitalism and its need for more and more profits. In the face of such attacks, we fight back and we will continue fighting back, drawing strength from our ideology, which is what strengthens and unites us. Our struggle is very difficult, given that such attacks are also aimed at the minds of the workers, with the capitalists using the media, which is completely under their control. So it is up to us to educate and enlighten the workers, so that they can be able to defend themselves in the best way possible.

These are the conditions in which we meet here today, comrades. It is my belief that we will have the opportunity to discuss among us, share opinions and exchange experiences on the sociopolitical situation and global peace, address the cataclysmic changes happening all around us and make decisions about how our great family, the WFTU, can proceed in the future in the best possible way, under its new leadership.

At this point, I would like, both on behalf of UITBB and personally, to thank comrade George Mavrikos, for his decades-long service to WFTU. Com. Mavrikos took over WFTU in 2005 and during this time WFTU remained faithful to its class-oriented history. Today, it is stronger than ever. For everything that you have done for WFTU and the global, class-oriented, progressive trade union movement, we thank you, comrade George.

At this point I would like to say a few things on how UITBB functioned in this difficult period. Utilizing technology, we organized our bodies’ meetings, we grew in numbers, accepted new unions, and improved communication channels to expand our reach and spread our work around the world. To mention but one example, this year marks the 2022 World Cup of Qatar. Unfortunately, thousands of construction workers are dying in the Qatari desert while working in inhumane conditions so that the stadiums can be built. UITBB has launched an international campaign entitled “Don’t build stadiums on workers’ blood – Take action now!” and has been pushing the issue in all international fora. I am asking all of the comrades here today to contribute to our cause.

I would like to finish by stating what needs to be stated every single time, as it is the core of our existence: we must never forget our class-oriented struggles, as it is what keeps us united and strong, what gives us the strength to fight back and what provides us with the optimism that the working class will be victorious in this class war it is fighting. I call upon all of you to enlighten the workers, open their minds and lead them into the fight for achieving a society without exploitation of humans by humans, without wars, without hunger, an equal, socialist society.

WFTU’s history shows the way; it is up to us to walk it.