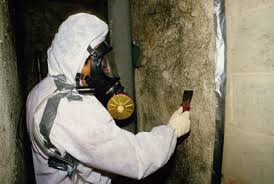 Recalling that according to WHO, the International Programme for Chemical Safety and the World Trade Organization there is no safe level of exposure to chrysotile asbestos and that the appropriate prevention measure is to completely prohibit the use of chrysotile asbestos;

The participants call, in conformity with the spirit of the resolution adopted at the 95th Session of the ILC of the ILO in 2006, upon governments, employers’ and workers’ organisations to take immediate measures aiming at prohibiting as quickly as possible the excavation, the production, the recycling and the use of all forms of asbestos as well as of products containing asbestos.

The participants note with satisfaction that thanks to efforts deployed in particular by trade unions, by associations of victims and health professionals, some 40 countries have adopted a ban on the production and use of asbestos and asbestos containing products and replaced asbestos by less dangerous substituting products.

These same countries allow the handling of asbestos only in connection with works of removal of asbestos, demolition, renovation and maintenance under strictly controlled conditions.

The participants request governments, multinationals and employers in general

The participants in the Seminar call upon national and international trade union organisations to actively promote a global ban on asbestos in all its forms in the construction industry and all other industrial branches, to promote legally binding regulations on asbestos related work in the field of demolition, conversion, renovation and maintenance.

The participants in the Seminar call upon national and international trade union organisations to act in order to obtain the recognition of the political and criminal liability of public authorities and of asbestos companies in matters related to the asbestos exposure of workers and of the population, because this is a precondition for efficient and comprehensive measures to be taken to stop the production and the marketing of asbestos and for the compensation of victims.

The protection of the health and life of workers and of the population in general against the dangers related to exposure to asbestos must be one of the priorities of the trade unions, of the employers’ organisations and of public authorities.