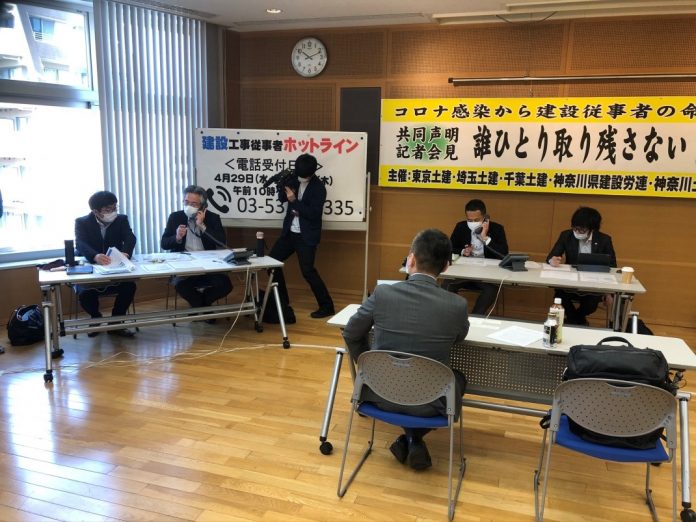 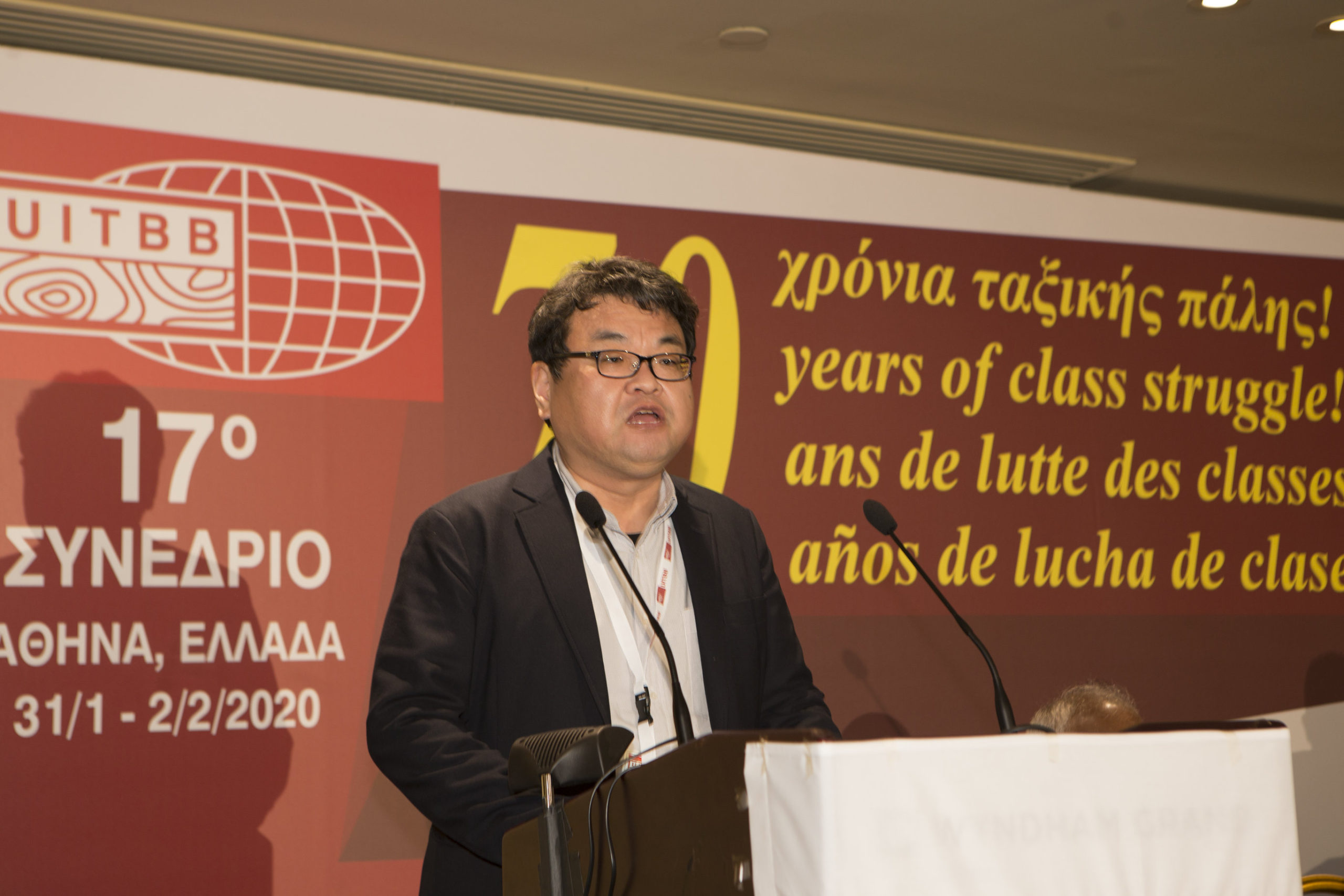 Current situation in Japan and our efforts

The COVID-19 pandemic is raging all over the world. I would like to express my heartfelt homage to the daily struggle of many workers and comrades who are struggling with unprecedented difficulties, including medical workers struggling at the forefront.

In Japan, the elementary, junior high and high schools were closed at the end of February, and an “emergency situation declaration” was issued throughout Japan in early April. As of today, apart for the metropolitan area, the declaration of emergency has been lifted in local cities, but many citizens in the metropolitan area are still forced to refrain from living. 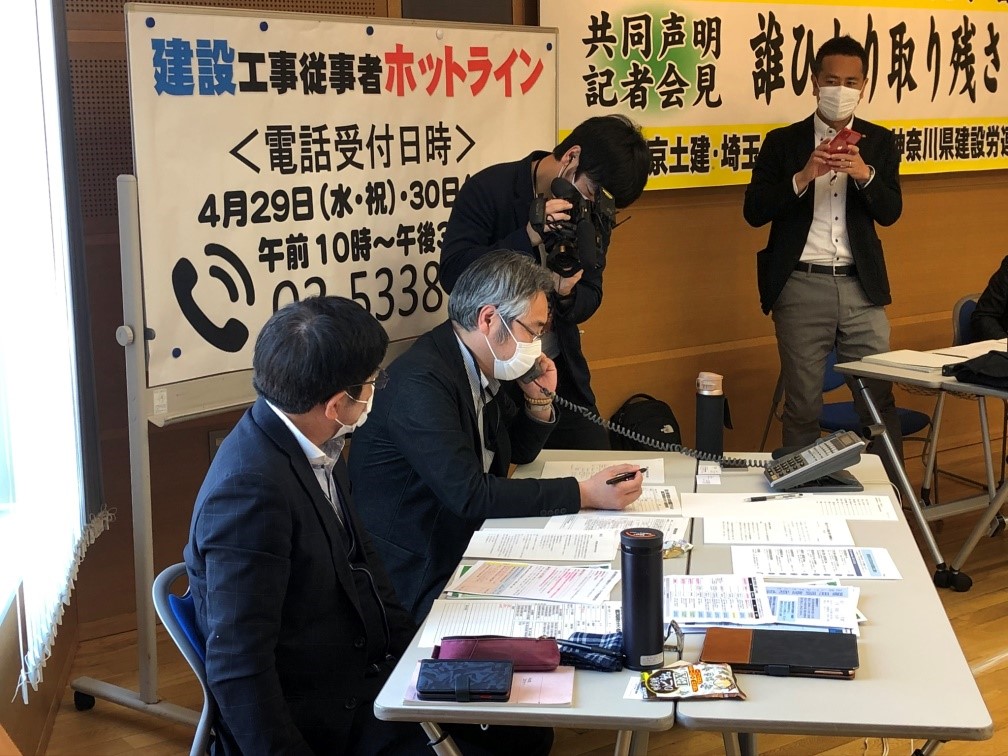 Under this declaration of emergency, all citizens were strongly requested to refrain from going out, and it was inevitable that economic activities and the suspension of citizens’ lives would be suppressed. As a result, the income of business owners and workers has been cut off, and the situation of poverty in life is increasing in Japan.

Therefore, the Japanese government initially decided to pay 300,000 yen (about 2,500 euros) to poor households, but it was necessary to prove that they were poor and the application procedure was complicated. In addition, since the subjects were households regardless of the number of families, there was a sense of unfairness due to differences in family composition, and the public was dissatisfied. After all, the national guarantee amount is 100,000 yen (about 850 euros) per person, up to 1 million yen for individual companies (about 8500 euros), and up to 2 million yen for company companies (about 17,000 euros). We have established and established a low interest rate loan system for business owners. However, compared with the price level in Japan, it is a one-time guarantee, which is about 10 to 30% of the monthly average, which is extremely insufficient considering the self-restraint period of 2 months or more. 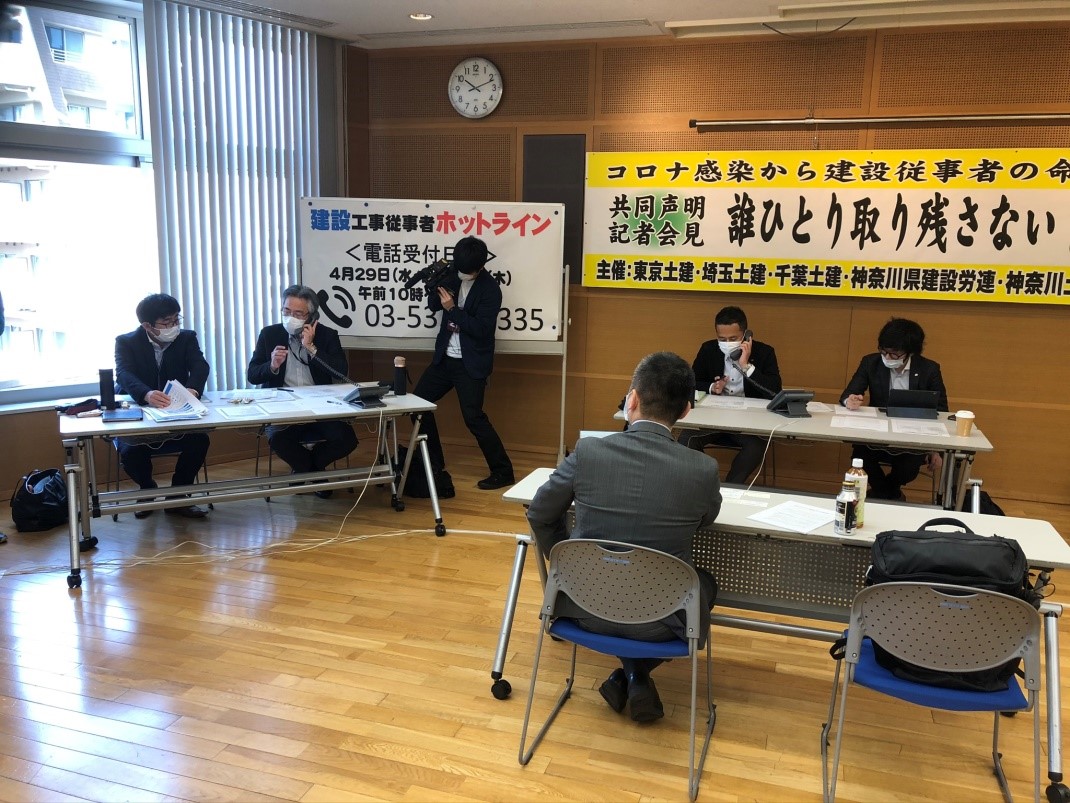 In this way, the current Japanese government prioritizes austerity policies over the lives of the people, so the guarantee is very poor compared to other developed countries, and it is not an effective economic measure. As a result, fears of self-restrained companies’ downturn in business led to bankruptcy of more than 150 companies and the closure of many stores in May, including a major clothing manufacturer.

In the construction industry, 190 out of about 7,000 public works ordered by the Ministry of Land, Infrastructure, Transport and Tourism have been cancelled, but due to the fact that an employee working at a major general contractor’s work site was infected and died, Many construction sites, such as houses and condominiums / buildings that work in closed spaces, are forced to cancel construction work, although the actual conditions of private construction work cannot be accurately grasped. The situation is that the business will stop.
The reality is that the risk of non-payment to subcontractors and unpaid wages is increasing. In addition, many construction workers, especially those working at subcontractors, are paid on a daily basis, so if they stop construction, they will lose income on the same day. 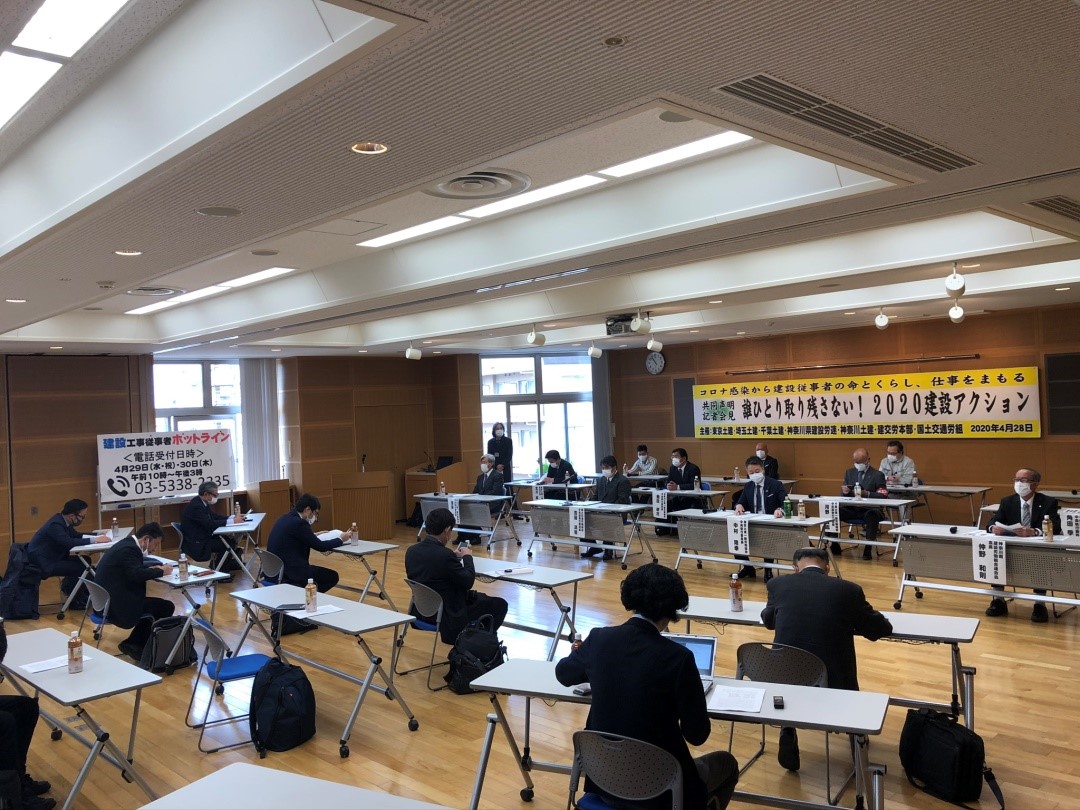 We, the UITBB Japanese organization, are working together with the five construction labor union organizations in the Tokyo metropolitan area as a “construction action” in conjunction with World Occupational Safety and Health Day on April 28. Held a joint press conference with a major media outlet, and appealed to public opinion. In addition, in the telephone consultation conducted as part of the effort, individual construction workers and business owners said, “Construction has been cancelled but payment of construction fee is not guaranteed.” We have received many worries and consultations, such as “Wage payment is not clear.”

Despite these voices of field workers, the Ministry of Land, Infrastructure, Transport and Tourism, which is in charge of the construction industry, has made a “request” to the subcontractors to properly pay subcontractors, but it is legally enforced. Because it is not, it is a poor situation where it cannot be said that worker protection is definitely thorough.

In addition to addressing the issue of what to do with the COVID-19 countermeasures at the present time, we think that there will be many cases such as bankruptcy due to the economic recession that occurs after the convergence, and that construction fees and labor wages are unpaid due to construction suspension. Many of the colleagues working in the construction industry will be damaged, so we will continue to take concrete measures against the relevant agencies of the Japanese government, including the Ministry of Land, Infrastructure, Transport and Tourism, which is in charge of the construction industry, and the Ministry of Health, Labor and Welfare, which is in charge of labor administration. We will strengthen the negotiations in solidarity with many construction workers so that they can take action.

In addition, since the current Abe administration has a clear attitude of not paying attention to the people’s lives and is unlikely to implement concrete measures, it will connect the labor union and the civic movement to raise the voice of the people. We believe it is necessary to strengthen our efforts and actions.

To all of the construction workers who are members of UITBB, let’s work hard together because it is a difficult time!