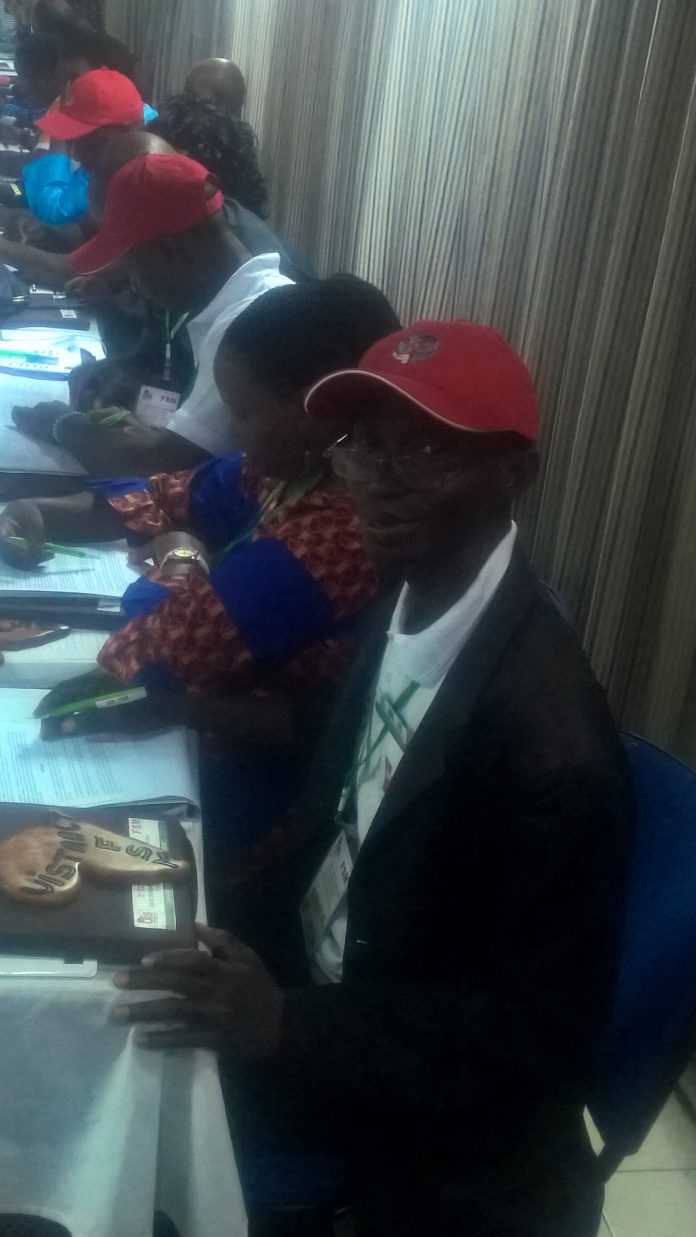 On behalf of the Executive Council of the Migrant Labour General Workers’ Union (MLGWU) Ghana, I wish to express fraternal greetings from Ghana to all of you gathering here for the TUI 2nd African Conference in Dakar, Senegal. I am grateful for the good work of the Trade Union International of Workers in Agriculture, Food, Commerce and Allied Industries, member of WFTU, and its African Regional Office in Senegal for the invitation extended to me and MLGWU, and most especially TUI promoting agriculture sectorial work and workers in Africa. 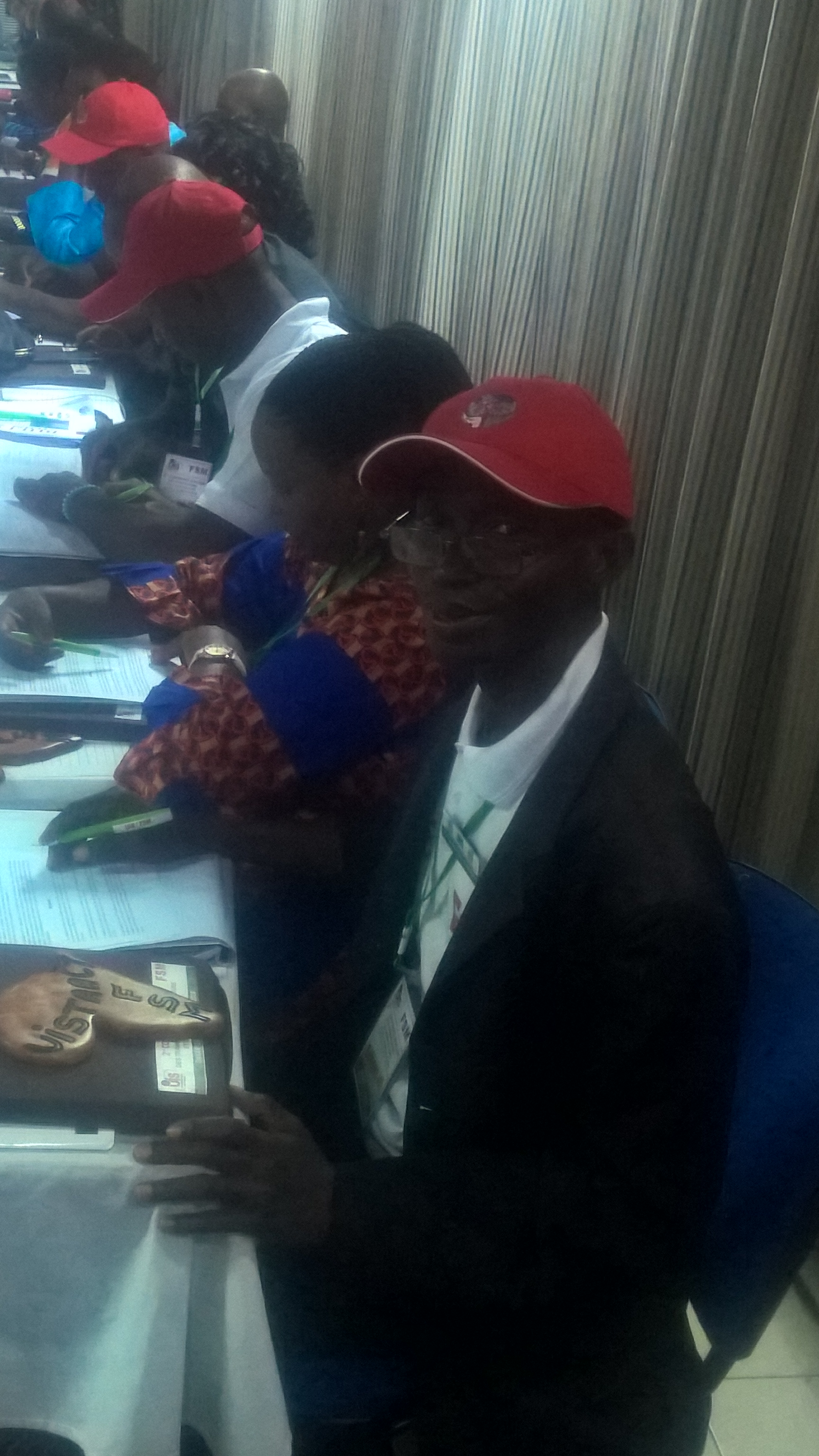 Millions of migrant labour workers and their members of families and refugees are facing issues such as hunger, malnutrition, double exploitation, racism, labour and social discrimination, especially in the agriculture and fishery enterprises. Our fight is for free movement of people and labour migration for decent work, food security, portable water, good shelter, affordable health care and dignified pension benefits in Africa, which now are not in place, due to the political crisis and imperialist capitalists, who try to impoverish African citizens and migrant workers on the continent. 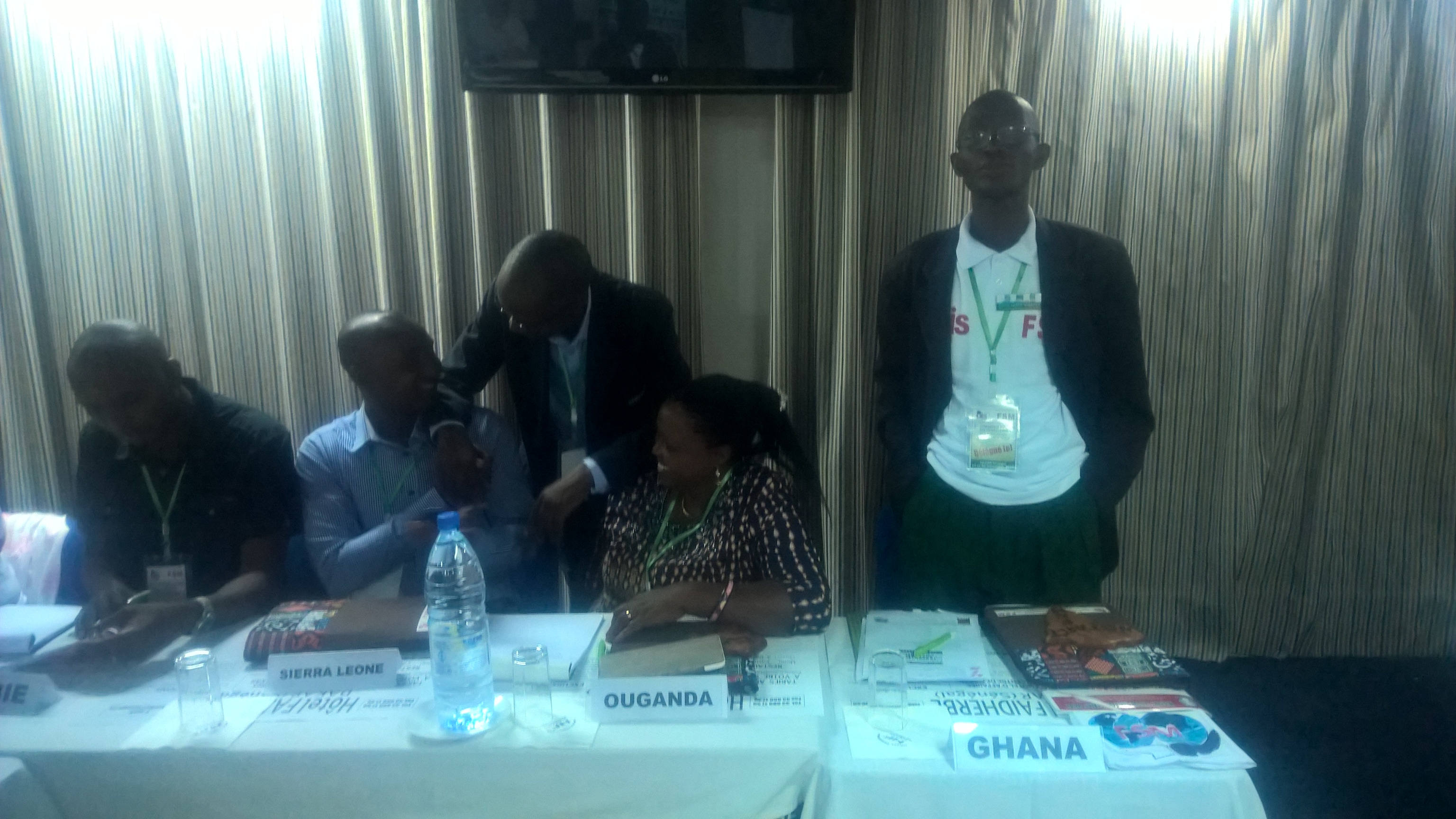 Africa is a continent where human and natural resources are overexploited. In Ghana, food security has become a national focus and a priority for human and animal consumption but, natural resources and migrant labour workers as human resources in agriculture enterprises are overexploited. So it is very important for us, trade unionists to be firm in the struggle against imperialist employers and their precarious and/or contractual employments and our engagement to ensure sustainable working conditions for migrant workers in agriculture and fishery sector.

Agriculture is and will continue to be the mainstay of the economy because the majority of Ghanaians and Africans derive their livelihood from the agriculture sector as source for poverty reduction.

The current political situation in Ghana is characterized by precarious employment, poverty, high increase of refugees, hunger and irregular labour migration, all due to political escalation and excessive desires of politicians and capitalists in Africa. 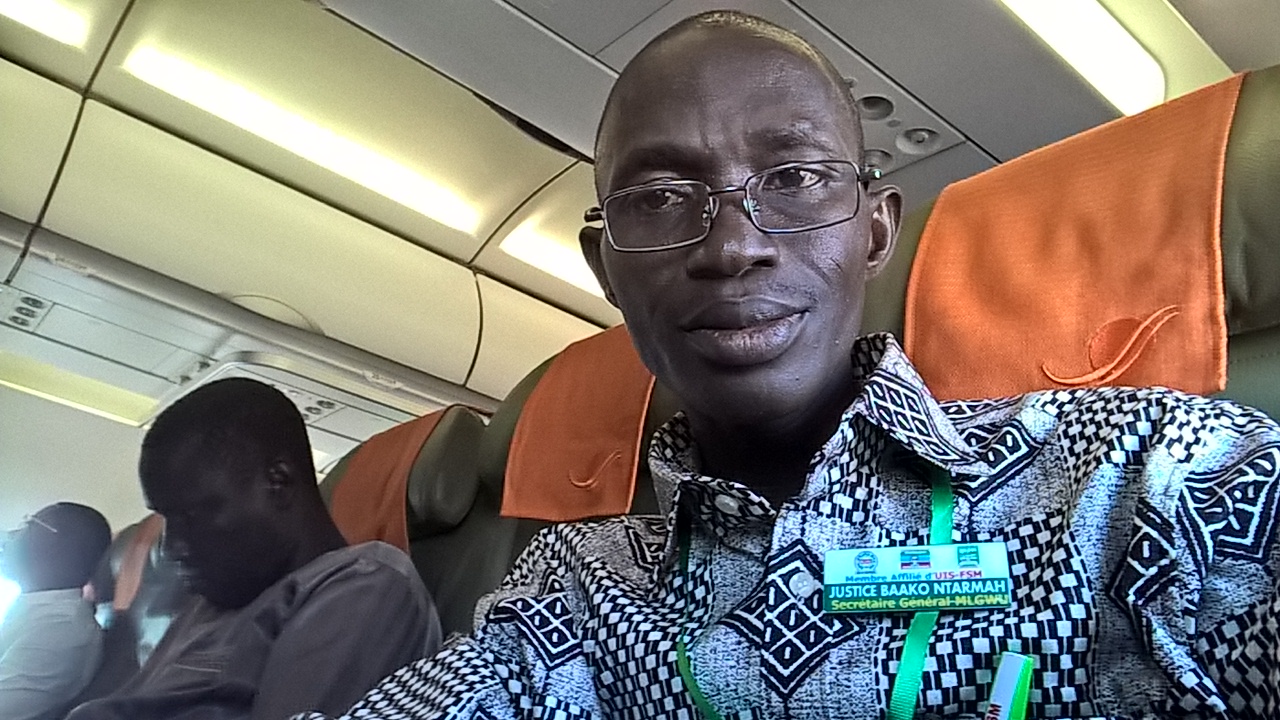 In April, 2017, the government of Ghana launched the “Planting for Food and Jobs” programme as a step in solving problems of the labour migration of youth to city centres and/or abroad in search of non-existing jobs, and also to end to the disgraceful spectacle of Ghana importing food from neighbouring countries. Meanwhile, Ghana Agriculture growth increased from 3.0 percent in 2016 to 8.4 percent in 2017.

Migrant workers are essential in an international level. On 26th July, 2018, the Government announced a ten percent (10%) increase in the national daily minimum wage for workers. The decision was taken after a meeting held by the Tripartite Committee made up of Government, Organised Labour and the Employers Association. MLGWU ensures that all migrant labour workers and agricultural workers enjoy this raise without discrimination, because wages and salaries are not gifts but are legal remunerations in employment relations.

The Migrant Labour General Workers’ Union (MLGWU) underlines that “Migrant Labour Workers’ rights are NOT Negotiable”; therefore I would like to assure migrant labour workers, the work oriented class, and friends in every corner of the world that MLGWU will continue keep fighting for their interests especially in the Agriculture sector against child labour, precarious employment, racial discrimination, malnutrition, hunger and poverty created by capitalist barbarism.

‘Migrant Workers in all the countries unionise now’