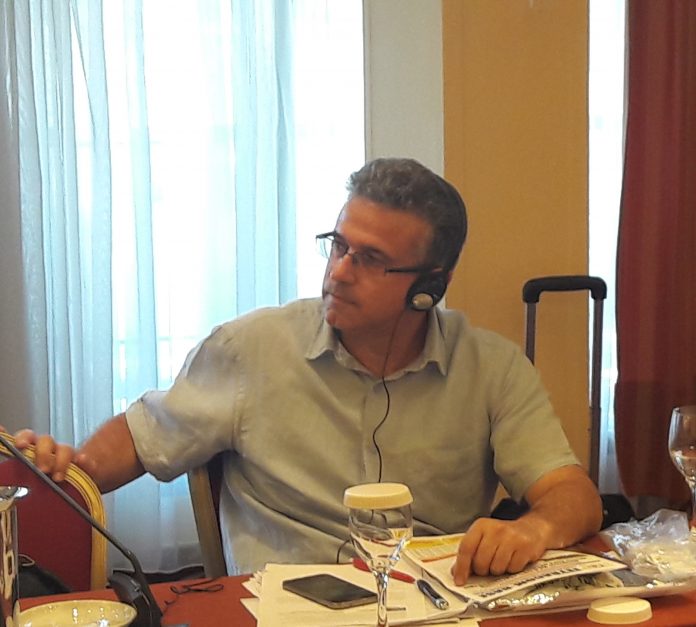 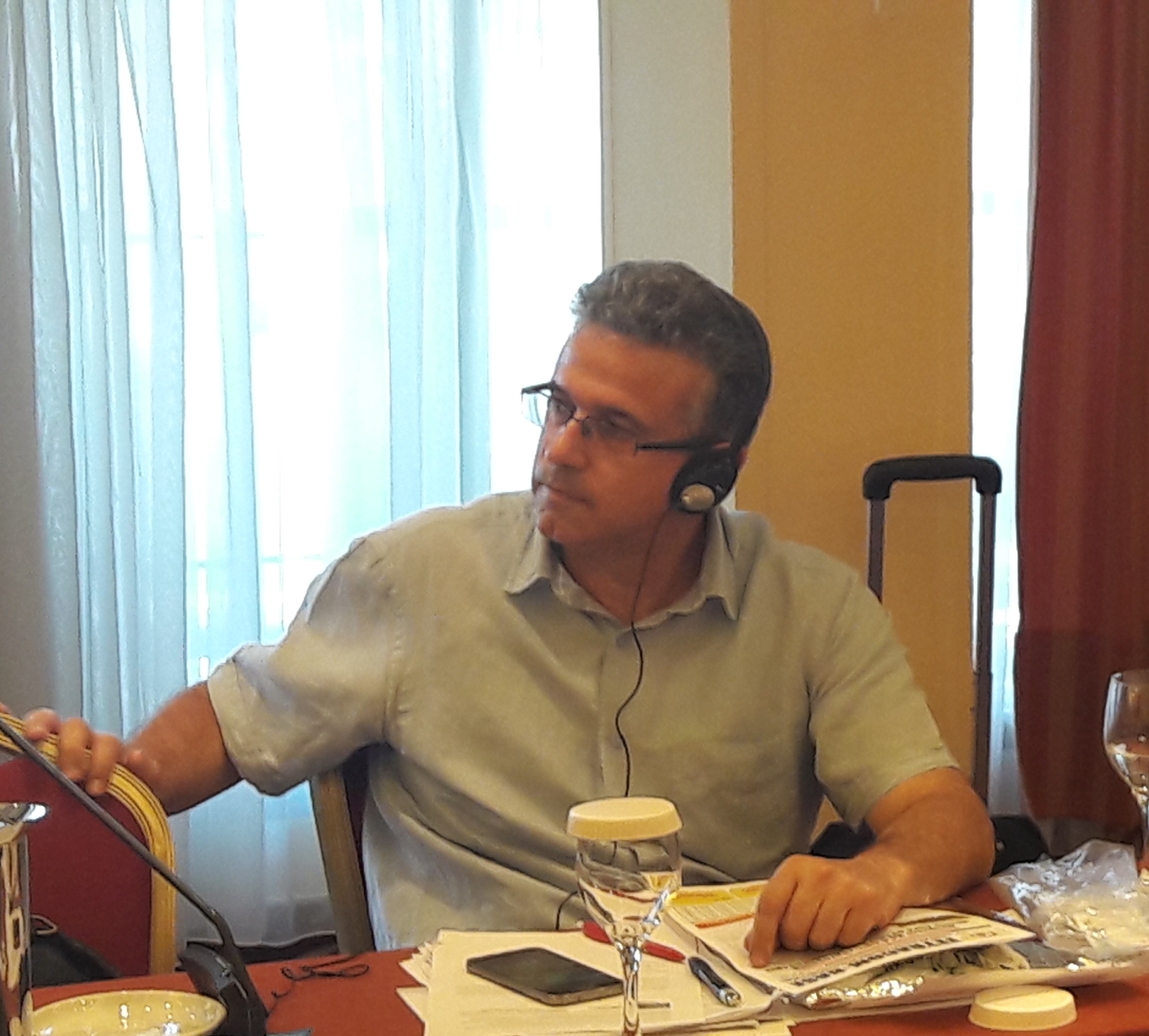 It is with great pleasure that we have accepted your invitation to attend the Euromediterranean meeting, whose aim is to analyze the causes of the wars in our region, the refugee issue and the ways in which the trade union movement can address these issues.

These wars have been waged to serve the economic, political and geostrategical interests of the great powers. The worst form of capitalism has unfortunately shown its true colors, with the blatant interventions in the internal affairs of countries such as Syria and Iraq, aiming to serve the capitalist interests. As it is always the case, the true loser of the wars is the people, who pays in blood, impoverishment and pain, in the name of the interests of the great powers.

In our area, we are witnessing on a daily basis the drama of the peoples, who are sacrificed at the altar of profit for the interests of the capitalist system, in an effort to create new influence zones. We have witnessed huge waves of refugees towards Europe, thousands of deaths, the loss of resources and the destruction of human dignity, all in the name of a deification of profit. We express our solidarity to the comrades in these countries, wishing for their hardships to end quickly, as the consequences in the Mediterranean region undoubtedly affect Cyprus.

As you know, the geostrategic and geopolitical position of Cyprus, throughout the ages, has been the cause for the many conquests, wars and suffering for our island. Cyprus has suffered from its various conquerors and is still suffering today, due to the violent, military intervention by Turkey in 1974.

In the period prior to the Turkish invasion, the people of Cyprus, be it Greek Cypriots, Turkish Cypriots, Latins, Armenians and Maronites, lived peacefully, without anything dividing them. The leftist, progressive, trade union movement, played an important role in that, since it unified the people under the banners of class-based struggle, with common fights and important success and conquests which improved the quality of the lives and the working conditions of the workers. As an example of these common struggles and sacrifices by the people who had been correctly educated as far as their common, class-based interests were concerned, one only needs to mention the huge, successful mine strike in 1948.

In 1974 Turkey invaded Cyprus, following a fascist, treacherous coup d’état organized by the Greek Junta and the Cypriot fascist organization ΕΟΚΑ Β’, created by the imperialist powers, directed at abolishing the lawful government and pitted against the simple people, both Greek Cypriots and Turkish Cypriots and against the Left movement in general. At that period, fascism, fanaticism, nationalism and ethnic and religious separation divided the people of Cyprus and created chaos, anarchy and disorganization. The results of the war included the violent division of the island and its people, thousands of dead and missing people, and the ongoing occupation of 37% of our country’s territory.

The consequences of the war, especially on workers, were horrendous. Due to the loss of resources, huge territories, ports, hotels, and generally due to the total destruction, unemployment skyrocketed, pays and benefits plummeted and many workers had to leave the country to find work.

The Cypriot people has since been fighting for a peaceful and secure future and a common homeland, without any foreign troops. Despite the objective difficulties from the separation of the people due to the war, the progressive people with their common struggles as a beacon, proved that nothing separates them but, rather, they are united by the love for the common homeland. Along with the progressive Turkish Cypriot trade unions, we have developed a multifaceted cooperation and common action line, evident in the common celebration of May Day, condemnation of imperialist interventions, defending the vested rights of the workers and other bicommunal activities. It is made clear then that the role of the progressive trade union movement to deal with the present situation has always been extremely important.

The Cyprus problem, as you know, has not been solved for 43 years and the people remain divided. The aim of the trade union movement should then be to correctly educate the workers and especially the young ones, about the true causes of this separation, so that when the time to solve the problem arrives, the working class can be ready to take advantage of the new order. By educating the workers ideologically, following a class-based line, we can hope to achieve the creation of a new, more just and humane society, without imperialist wars, without the exploitation of humans by humans, and the creation of a common future and a peaceful Cyprus for all its people.

Closing my brief intervention, I would like to once more express the thanks of our organization, the Cyprus Building, Wood, Mine and General Workers of PEO in Cyprus, towards the Federation of Construction Workers and Allied Trades of Greece, and to express the support of the Cypriot people towards the suffering people of the region. At the same time, I would like to express our support and solidarity to the daily, class-based struggles of the Greek comrades and of the comrades around the world, and to express my certainty for the final success of our common struggles.

It is our duty to intensify the organized struggle and the class-based fight, so that we can deal with the true causes of the wars, in order to improve the lives and working conditions of the workers, and create a more just and peaceful society, free of wars.

We will be next to you and we will fight alongside you, all the way.