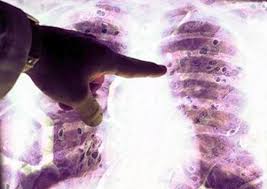 For the last 2 decades the UITBB has been actively involved in national, regional and international activities to promote a global ban on the production, use and distribution of asbestos. It has organized various seminars, campaigns and other activities to inform and educate about the lethal danger of the “silent killer” asbestos, to denounce the countries and companies, in particular in the Western countries, which continue to produce and sell this material to poorer countries.

It this connection it is important to mention the participation of the UITBB in and contribution to the major International Conference on Asbestos jointly organized by the WFTU and the UITBB on 30 October 2013 in Athens.

Asbestos continues to affect the health and safety of workers not only in the construction industry (where this material has been used extensively), but in the society as a whole, since it is still largely present in many buildings and infrastructures and continues to be actively used in new constructions in many countries.

In a number of developing countries asbestos continues to be extracted and used because of its low cost and lack of affordable alternatives. Big capitalist corporations and wealthy capitalist countries continue to produce and export to poorer countries this lethal material making millions of profit from this deadly trade.

It has been known and proven for decades that asbestos causes a number of malignancies and diseases leading to death, such as bronchial cancer, asbestosis, pleural mesothelioma and other health problems. The diseases caused by asbestos often do not appear immediately after exposure to asbestos, but many years later, often when workers who have been in contact with asbestos are approaching pension age.

According to the World Health Organization, about 125 million people in the world are exposed to asbestos at the workplace and more than 100 000 deaths each year are attributable to asbestos related diseases (mesothelioma, asbestosis, lung cancer, etc.).

The UITBB and its parent organization the WFTU are of the firm view that all forms of asbestos, including so-called white asbestos (chrysotile) represent a deadly danger for workers and populations and therefore they act for a total ban on asbestos.

The production and use of asbestos and other hazardous materials must be seen in the context of the deepening global crisis of capitalism, when the exploitation of workers increases at the expense of health and safety of workers and the entire population. Public preventive health care, occupational health care and health services in general see their funds shrinking and public health systems in all capitalist countries of the world are being privatized or degraded significantly. Capitalist governments implement a series of measures that transform health from a public good into an expensive commodity from which the capital and multinationals gain multimillion profits. This deprives large masses of workers and poor people from the right to health and social services.

In view of the gravity of the situation and of the level of threat posed by the continued use of asbestos, considering the existing difficulties in poorer countries and the exploitative and imperialist position of big corporations and of governments which support them, the UITBB continues to put forward the following demands:

The UITBB stands for a public, high quality, freely accessible health-care system, for public and free social security. Protecting workers’ health against occupational hazards and risks of materials such as asbestos, acting for workers well-being is a demand, which is an integral part of the class struggle of workers and their unions against the capitalist exploitation.