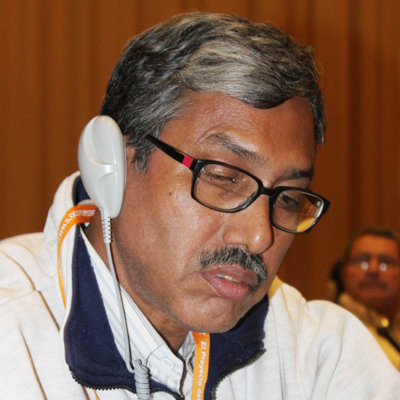 Working Class, Peasantry and Agriculture Workers are on the path of joint struggle

In India, since 1991, the National Government has initiated new economic policies at the dictate of World Bank, IMF, ADB & WTO.

The new economic policies affect the common people’s daily life in different ways. The prices of the daily essential items which include food items and petrol, diesel and cooking gas, have gone through the roof.

In the Education Sector, the national government did not bother to provide free education to all. Now in India, education has become an industry. Private Universities, Colleges, Schools, Management and Engineering Institutes are growing in numbers and the cost for these private institutions are out of reach of common man.

Unemployment has reached alarming levels. Official estimates state that there are 20 million unemployed youth in India right now. About 130 million people are working with very low wages, or part-time without a regular job.

The workers do not have adequate wages or other social security benefits that would help them lead a decent and sustainable life. The working class demanded Rs. 18000.00 ($265 per month) as minimum wage for all workers. All the Central Trade Unions demanded along with this a minimum wage/pension to the amount of Rs. 3000.00 ($45) per month and free medical treatment facilities for all. All the Central (National) Trade Unions also demanded that the minimum wage be linked to the consumer price index. But the government did not bother to accept the Trade Unions proposals.

In spite of a Supreme Court verdict for same wages and benefits for the same work of regular workers, the national government also did not bother to implement the order of the highest judicial body even in the government sector. On the contrary, the main policy of the Central and provincial governments are to engage contractual workers instead of regular workers. All the Central Trade Unions are opposing this stand of the government with everything they have and demand proper implementation of the Supreme Court verdict and regularization of all sorts of contractual workers.

The International Finance Capital wants free labour markets around the world and India is no exception. The present Bhartia Janata Party BJP-led Government decided and is moving towards the replacement of 44 Central Labour Laws with 4 Labour Codes.

All the National Trade Unions are opposing this anti-working class amendments of Labour Laws to provide free labour market to the Indian and Foreign monopoly house.

All Central Governments for the last 27 years in a planned manner decided and implemented the policy of privatization of state-owned companies. The Central Government led by BJP in just last 4 years has sold off almost 250 million euros worth of public sector assets. The present Central Government have started implementing a plan for 100% FDI (Foreign Direct Investment) in the following sectors:

Now the BJP-led NDA Government set their eye on nationalized banks and insurance companies to sale their share in the open market.

Along with this attack on the economic front, the present BJP-led Government are on the streets with the communal extreme right wing agenda of “Hindutva”. They want to violate the spirit of secular fabric of Indian constitution. The extreme right wing militia RSS (Rastrya Sayang Sebak Sangh) behind this BJP-led Central Government is attacking Muslims and Dalit people to establish Hindu hegemony in the country. This religious fanaticism is also being countered by the toiling masses in India.

At the same time the peasantry in our country is on a long march to promote their long-standing demands. Through their sustained struggle they have gained some of them recently. The peasantry organizations jointly demand:

To fight unitedly against these neo-liberal policies, a joint platform called “JANA EKTA JANA ADHIKAR ANDOLAN” has been set up in India. The struggles are in the streets now under this platform.

On 5th September 2018 – about half of millions workers, peasants and agricultural workers will be in the capital city (New Delhi) of our country to raise their voice against these neo-liberal policies.

Unite and Fight for the 99.9% of people in our country!