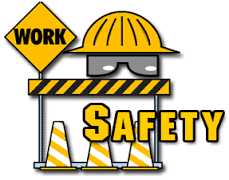 The evidence from a number of developed countries shows that the possibility of fatal accidents for workers in the building sector is 3 to 4 times bigger than in any other sector. The fatal accidents majority is attributed to either falling or being struck by a vehicle. What is more, people working in the building sector suffer from a number of health conditions, such as injuries due to lifting heavy loads, respiratory problems due to dust exposure, musculoskeletal conditions, skin diseases, hearing problems due to exposure to loud noises etc. There is also a serious risk of cancer due to exposure to asbestos. In developing countries, the risks and hazards in the building sector are 3 to 6 times higher as compared to developed countries. It is, however, difficult to get reliable data due to the under-registration of workers (uninsured workers etc.) as well as due to an incomplete record of work-related accidents.

This data regarding the loss of lives of hundreds of colleagues at work due to labour accidents as well as due to occupational diseases because of the lack of health and safety measures reveals a merciless war waged by the capital against the lives of the workers. Every year, the construction sector pays in dozens of lives, in hundreds of crippled people, the profits of construction companies, the profits of the housing developers. This is price which workers in this industry paiy in this period of capitalist crisis.

It is clear that, the more capital gains are multiplied, the less people return safely home, if they do so at all. This bleeding in human lives will continue and actually worsen, as long as there are parties and politics serving the interests of plutocracy. As long as capitalist profit determines the lives of the workers, as long as profit defines the wages, the employment relations, workers’ environment, education and health, this loss of lives will continue. These factors determine the politics of governments which alternate in power, the politics which are solely responsible for the crimes committed in the workplace and which encourage the unpunished employers to bleed out day after day the sector and the workers, in the name of more profit.

We need to reveal the true scope of the health and safety problems for workers. We must explain the root causes of the “premature wear of the labour force”, the basic factors which produce these problems, so as to corroborate the realism and necessity of our proposals.

When we talk about a labour accident, the first thing that comes to mind is that an accident due to inefficient protective measures might be fatal or near-fatal. But the conditions and the terms of employment can also lead to work-related diseases as well as to a premature detriment of health. This is a huge issue; it embraces all those elements dealing with the conditions at work, occupational hazards, working hours, living conditions, leisure time, resting time, nutrition etc.

A worker in the construction industry, regardless of whether he or she was involved in an accident or not, has not escaped the greed of the capital. For example, workers in tunnels might never suffer a serious accident, but they risk respiratory diseases due to humidity, low quality air and low levels of oxygen. The same applies to material-related diseases, such as pneumoconiosis, asbestosis and mesothelioma due to the exposure to asbestos, allergic reactions, tar cancer, asbestos cement, oil, thinners, colours and dust. Deafness from the high decibel of machines and explosions, often with forbidden explosives is also a hazard, as are arthritis and vasomotor problems from the use of vibrating power tools. Other illnesses might include musculoskeletal disorders due to lifting of heavy loads, tuberculosis, tetanus and other diseases related to mice and insects. High temperatures in the summer and low ones in winter, humidity, lack of hygiene etc. can also lead to serious health issues such as skin cancer. Lastly, the intensification of labour and overtime can lead to stress, which also burdens health.

Despite all that, in many countries none of the aforementioned conditions are recognised and registered as occupational or labour-related hazards. This is partly due to the lack of inspections by state mechanisms as far as the implementation of Occupational Health and Safety regulations is concerned, to the extremely low fines for employers and the attempt in the majority of the cases (i.e. following a labour accident) to shift responsibility to the workers, the safety technicians, the engineers, etc.

In this way, the majority of the employers get away with small fines or even without any sort of punishment, even when there a fatal accident happens. Employers do not have to pay for these diseases since they are not recognised and not registered as occupational but as “common diseases”.

Employers do not suffer any consequences from the fact that they do not take any measures to prevent these diseases, even though there are many techniques and measures that can be applied. On the contrary, when workers fall ill, they have to pay their own hospital fees through insurance funds within the commoditised system of health care. If we add to all that the precarious living conditions of workers due to poverty and unemployment, we can conclude that the labour force is in a constant state of harm, being continuously exploited by the capital.

Our scientifically-based proposal, which is also the proposal of the class-based trade union movement, includes a combination of measures aiming to protect workers’ health and safety: Shorter working times, increased wages, longer annual leave, exclusively state-funded and compulsory social insurance scheme, retirement at an earlier age and abolishment of “flexible” forms of employment. Moreover, we propose the improvement of living and working conditions, the creation of a state body of doctors and safety technicians, which are part of an exclusively public and free health and welfare care system.

Generally speaking, the protection of workers’ health and safety in the building sector, requires the struggle for the election and responsible functioning of health and safety committees at every work site, the certainty that the professional hazards’ insurance has to be paid by the employers, and that is should be proportional to the working conditions and to the required efficiency of health and safety measures, within the framework of an exclusively public social insurance system.

As much as it might sound macabre, the life of the working class is a cost for capital, which does not care if the worker’s life worsens or shortens because of his or her living and working conditions. For capital, the army of unemployed is a cheap labour reservoir, which will be used in the same way.

Therefore, the comprehensive approach that addresses the problem in its entirety is this: « wear of the work force ». These few words include an entire class-based arsenal, which needs to be used in the sector. Through such actions the builder and his or her family, as well as other workers in the sector, can really comprehend the need for an alternative way of economic development, one that respects human values and satisfies modern popular needs. Workers will then fight to achieve this goal and create the conditions within the daily struggle to overthrow capitalist barbarity and to improve their lives.

Solidarity with the Workers and People of Cuba – End the...