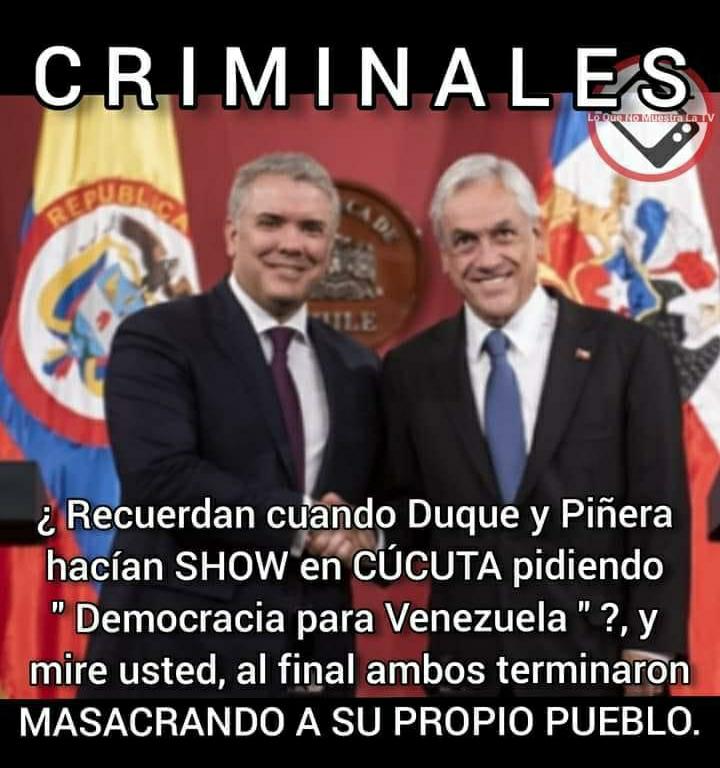 Do you remember when Mr Duque (Colombia) and Mr Piñera (Chile), organized a TV show in the border city of Cucutta, demaning “Democracy for Venezueal”? Well, they both ended up unleashing massacres against their own peoples!

Since April 28th, 2021, the Colombian people are on the streets, demonstrating against the neoliberal policies of the ultra-right government of Iván Duque, and against its proposed tax, pension and labour reforms. The Colombian working class and people are opposing all their might against these reforms, which aimed at raising 6.3 billion dollars from the impoverished sections of the country to pay for the corruption and embezzlement that the Colombian elites have been cultivating for more than 50 years, and to finance the military capabilities of this abusive regime. These reforms shall make basic items awfully expensive and worsen the living and safety conditions of Colombia’s working class and entire population – poverty touches 21 million people, which is 42 % of population, and the pandemic has caused more than 76.000 deaths and around 3 million infections.

UITBB firmly condemns the murderous repression of demonstrations by the Colombian state military and police forces, which have resulted at least 37 people murdered, more than 1,220 injured, 47 cases of abuses by the police forces, including rapes of women who were participating in the peaceful demonstrations: and more than 370 people missing.

UITBB fully supports the struggle of the Colombian people against such policies of the Colombian right-wing government and demands an immediate stop in the brutal suppression of the people’s demonstrations. Our member-organisation SUTIMAC has been demonstrating in the streets every day since April 28. They have our full support, as well as the support of the millions of workers of our professions around the world.

We join the voices of the thousands and thousands of Colombians, who are demanding the resignation of Colombia’s President Iván Duque and his accomplice in the aggression and plundering of the Colombian people, his Finance Minister Carrasquilla. We are certain that our Colombian brothers and sisters will not cease the fight against neoliberalism, for a dignified life and future, for justice and peace in Colombia. 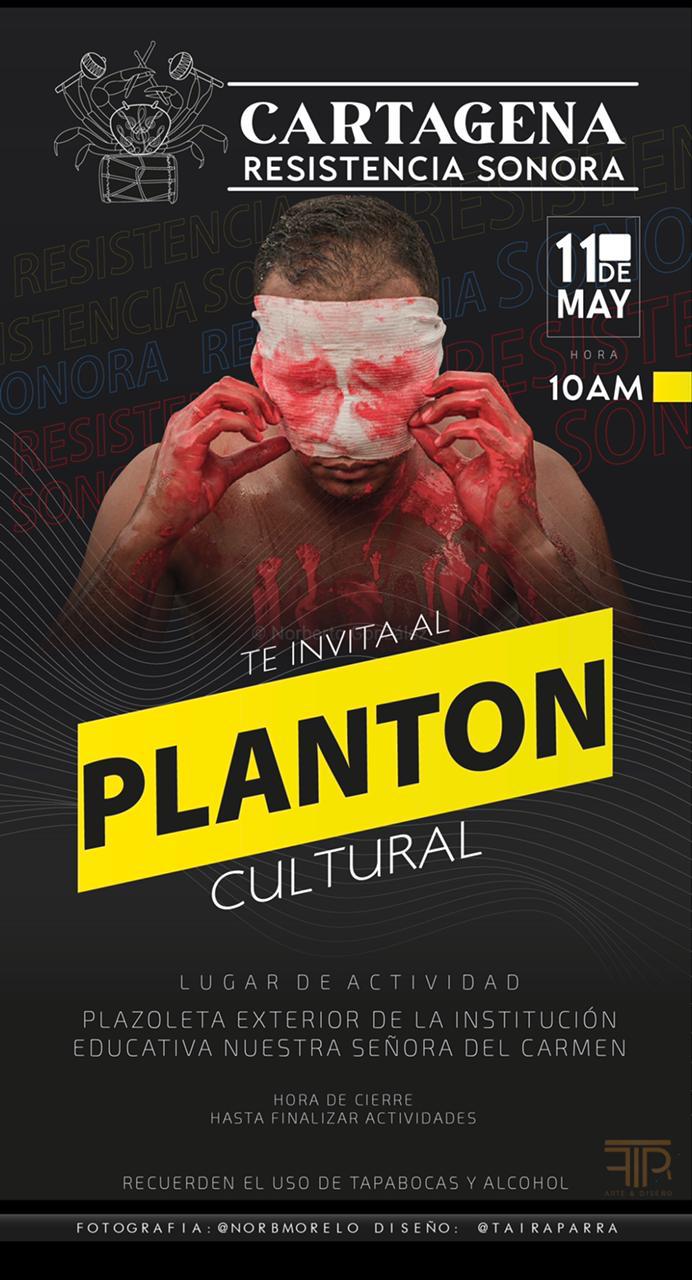