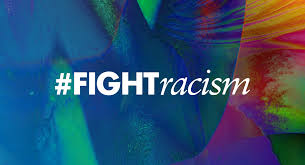 International Day for the Elimination of Racial Discrimination

On this International Day against Racial Discriminations, the UITBB Secretariat would like to note the following:

– All workers are one, independently of colour, religion, language or country of origin.

– UITBB underlines its clear, class-based position against racism and racial discriminations, as well as the will to fight alongside its member- organisations, for the rights of all workers, regardless of ethnic characteristics, so that the exploitation can stop, and the workers in the construction sector can be organized in the Trade Union movement so that they can be further protected.

– We must all fight decisively the fascist, nationalist, and racist views against immigrants and refugees. Racism and xenophobia are weapons used by the capital to strike at the working class as a whole.

– We are steadily revealing the causes within the capitalist system that give rise to migration and refugees, the plans of the capitalists and of monopoly groups to promote their interests by all means necessary. Neither immigration nor being a refugee is the choice of workers and peoples. It is the result of the criminal action of the powers of capital and the forces that support it.

– UITBB underlines the need for all the workers to be informed about their rights so that they can battle racial discrimination in any form.

– Finally, UITBB stresses the need for a close cooperation of all Trade Unions, so that the efforts to inform and protect workers from racial exploitation, can be better coordinated.

UITBB calls upon all its affiliated organisations and friends around the world to observe the Day, through any way possible, in order to underline our strong condemnation of racism, and underline the strong sense of internationalist solidarity of the international class-oriented trade union movement with the victims of such practices.