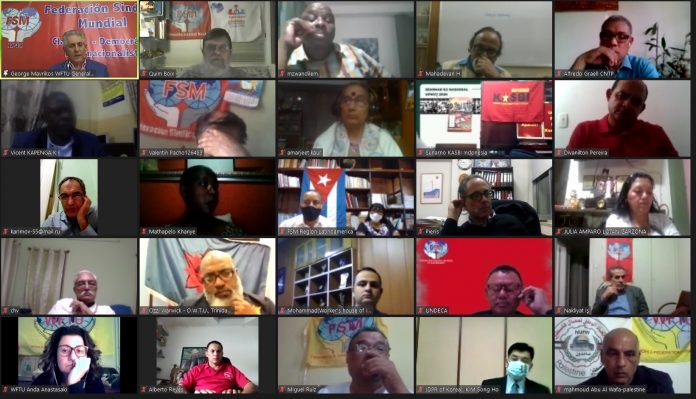 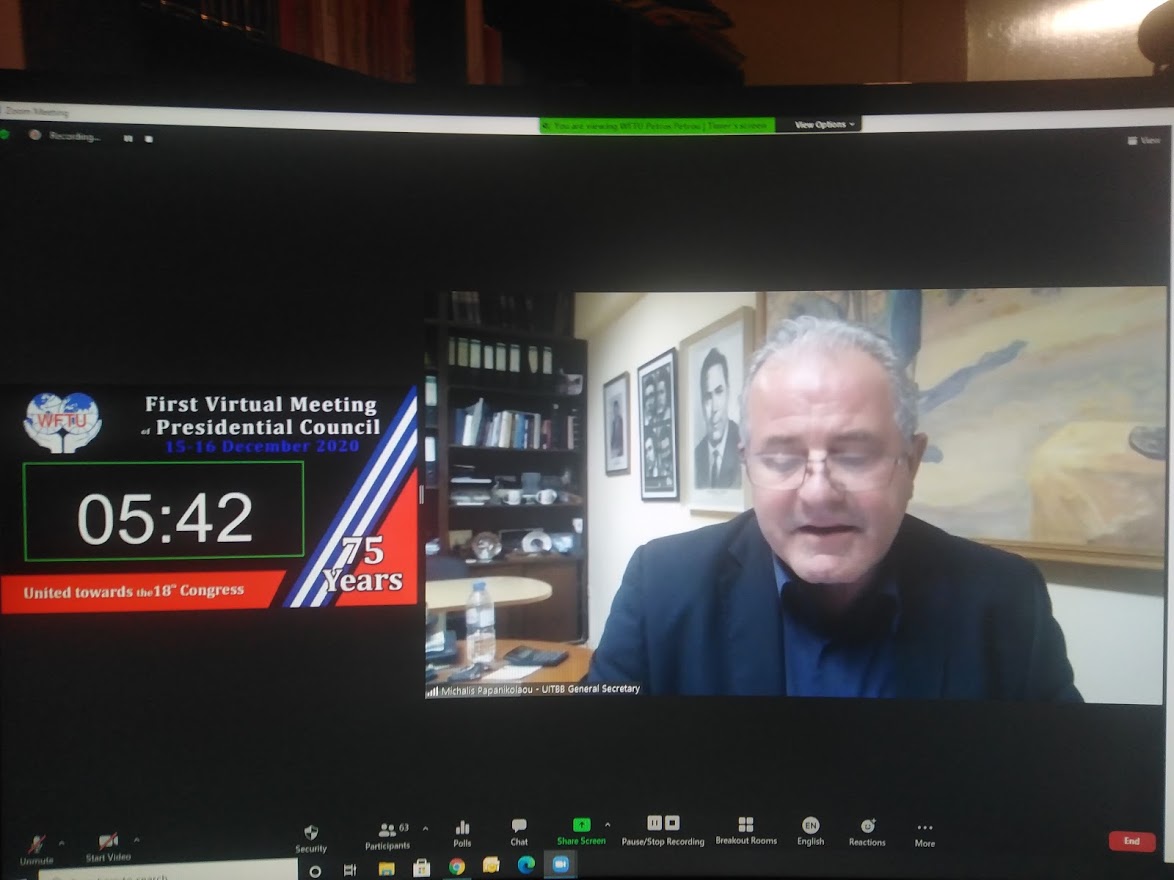 At first, 1 minute of silence was kept to honour the WFTU cadres who passed away in the previous period of time; immediately after the WFTU President Mike Mzwandile Makwayiba opened the session, followed by the main intervention by the WFTU General Secretary George Mavrikos.

UITBB General Secretary, Michalis Papanikolaou, informed WFTU about the steps taken by UITBB after its 17th Congress, expressed the support to WFTU and underlined the deep, class-based progressive nature of their common struggles.

The debate was enriched by the speeches of the participants and the interesting proposals.

3rd October 2021: International Day of Action of the World Federation...

The struggle of Saint-Gobain Sekurit Portugal workers continues and will not...