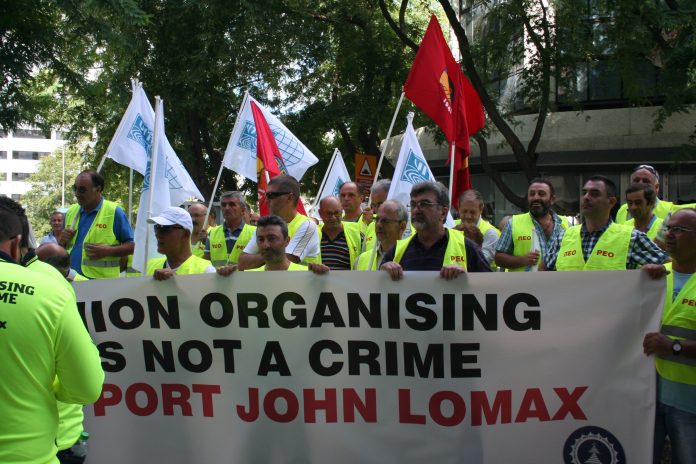 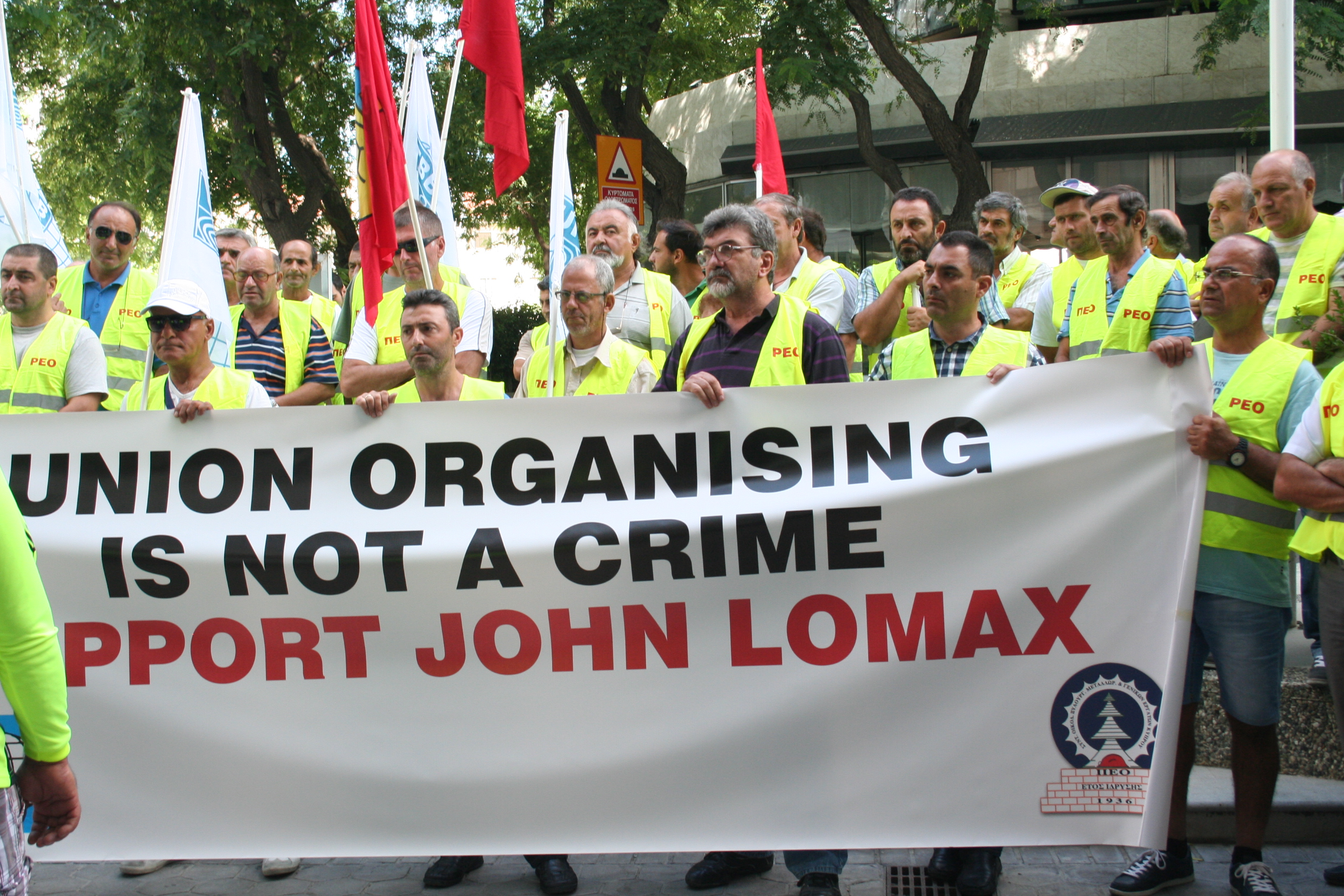 UITBB organised a support protest outside the Australian High Commission in Cyprus on Tuesday, 29-09-2015 for John Lomax.

We are certain that the CFMEU and its rank and file will stand up in defense of their comrade, and that collective action to defeat this unacceptable attack on trade union rights will further strengthen the militant spirit of the CFMEU in its daily struggle to defend the interests of the workers in Australia.