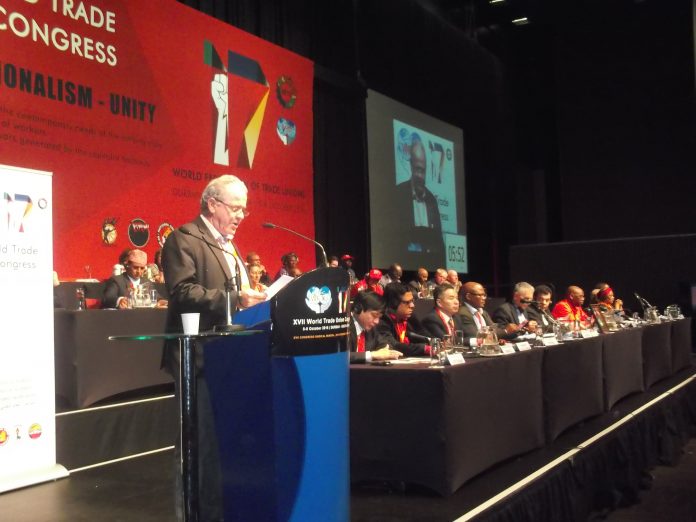 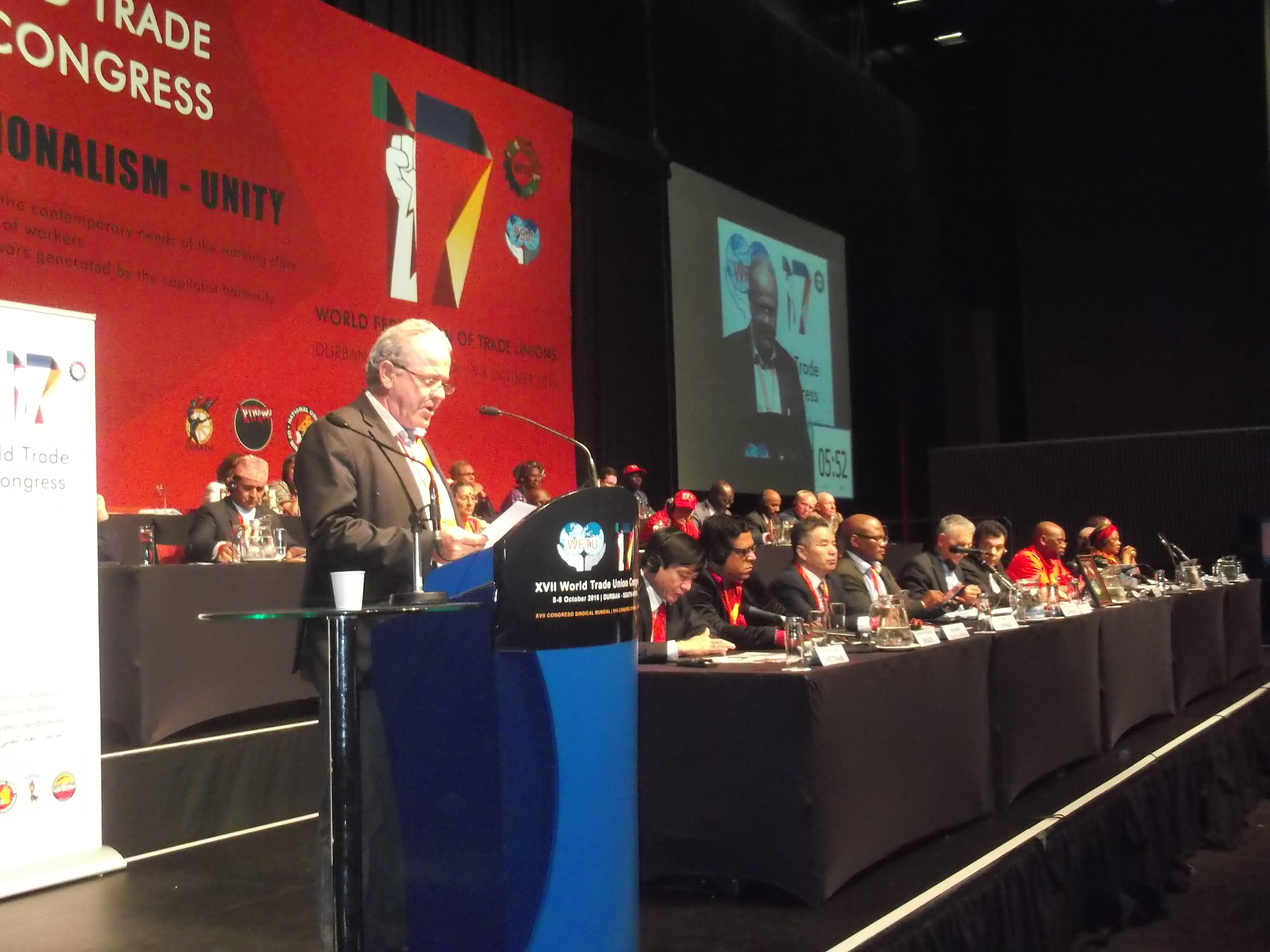 On behalf of the Executive Committee of the Trade Union International of Workers in the Building, Wood, Building Materials and Allied Industries UITBB, and its millions of members, I convey our warm, comradely greetings to the WFTU Congress.

I would also like to underline my optimism that at the end of the day, our struggles will be justified, as long as we continue with the same faith and unity, to follow the path of class-based struggle.

During the present period, the working class has been under vicious attacks, aiming to destroy everything that we built over the course of the years, through tough and organized struggles.

At the same time, these organized attacks by the forces of the capital, are attempting to disorientate the minds of the workers regarding the true causes of this great crisis humanity is going through, as well as take away every motivation the workers have to fight, by pushing the masses towards disappointment and fear.

The imperialist wars, waged for the creation of new spheres of influence, have tremendous consequences for millions of people, who are paying a heavy price, either by losing their lives or by becoming refugees from their homelands.

The situation becomes even more explosive when terrorism and extremism are nurtured by imperialism, which is the cause for the death of thousands of innocent people.

Is this the world we are dreaming for the future of ourselves and the generations to come?

It is for these reasons that the WFTU Congress is of great importance. The efforts of our class-based movement for workers around the world, should primarily continue aiming at the unraveling of these inhumane politics, which are promoted by the dominant circles, exclusively for increasing their influence and capitals.

In order for the workers to clear these things up in their minds, as hard as it might look, the class-based line should be at the forefront of our daily actions.

At the same time, in order to keep, and to further promote hope among the workers, we must, in our daily, organized struggles, keep talking to them even more intensely about a more humane society in the future.

This is the signal that we should keep transmitting as WFTU, while we continue moving forward on our class-based line. In this effort, no worker and no organization around the world should be left out.

On the contrary, with patience and persistence, we should keep trying, on a daily basis, to change the world, moving always forward, while remaining steady and without any kind of doubts, faithful to our ideology.

Besides, if we read our history, the example of our pioneer comrades should inspire and guide us. They too were very few at first, but they were never disappointed, they never gave up and eventually became millions around the planet.

It is our belief that the role of the International Trade Unions of the WFTU, is extremely important in this effort and it is with great pleasure that we note the importance which WFTU pays to them.

UITBB, the international union of workers in the building and wood industries and allied trades, is on a course of restructuring, as our Head Offices have moved to Cyprus.

A lot has been done and we are doing well, but there is much more still left to be done. The next Executive Committee Meeting in India this December will give us the opportunity to discuss about further strengthening our organization, and implementation of WFTU’s 17th Congress decisions.

We promise then, that we will continue our efforts, so that we can succeed in the important role we must play, in improving the lives of the workers around the world.

UITBB, as an integral part of WFTU, commits here, at the Congress, that, through its daily struggles among the workers in the building and wood industries as well as the allied trades, it will continue strengthening WFTU and its international organizations, promoting at the same time the common goals that we have set.