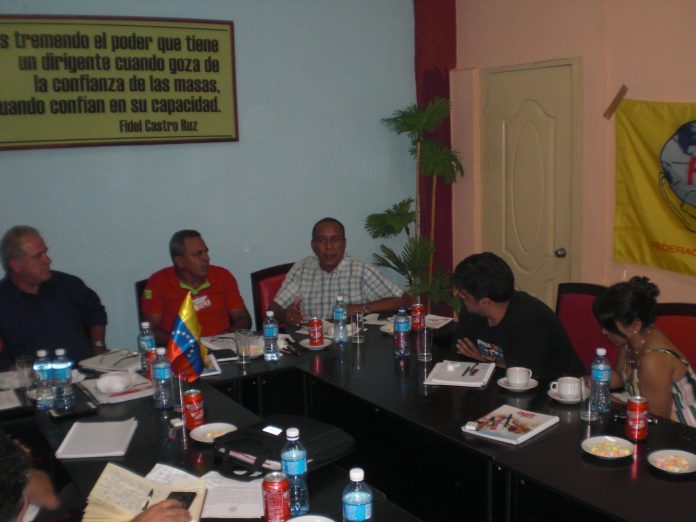 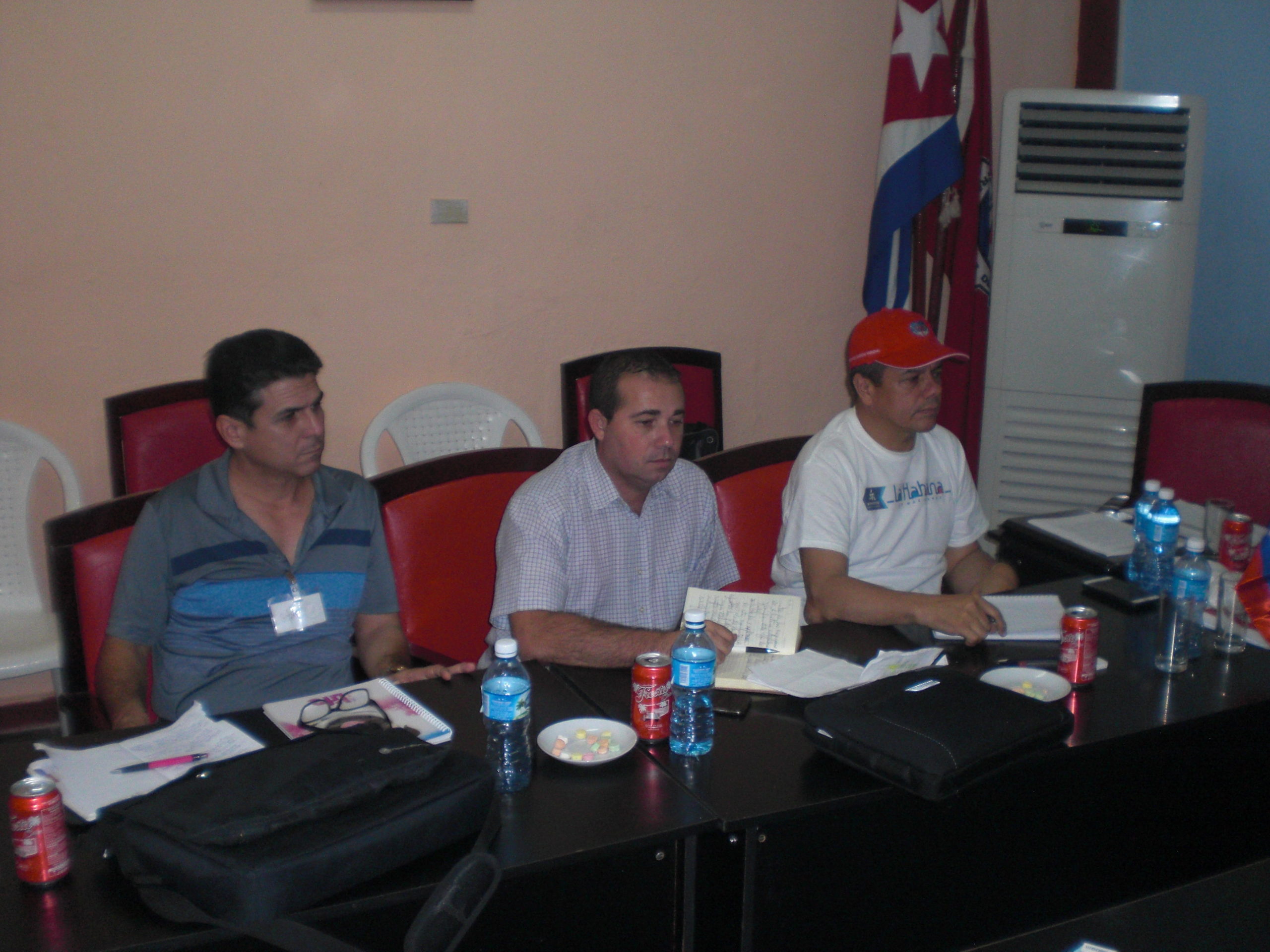 Good morning, colleagues, trade union leaders of the construction industry in Latin America and the Caribbean, representatives of the FLEMACON member entities and observers present here.

First, our greetings to all. With great pleasure and renewed energy, we welcome our comrades here in Havana, Cuba. On the occasion, we clarify that the president of FLEMACON, companion Lúcia Costa Maia, cannot be here with us, because she has undergone a recent surgical procedure in Brazil. We inform you that everything is fine with comrade Lúcia. I accepted the call to assume the responsibility of representing the presidency of FLEMACON, which I do with great honor. And from here in Havana, we wish on behalf of all those present, the speedy recovery of comrade Lúcia, to fight, firm and strong.

We meet here once again, to discuss and analyze the serious economic and political situation in the region, and to present proposals to enrich the debate and struggles and confrontation of the working class and peoples against the attacks on their rights. He is known by all of us, fellow leftists and progressives, about the attacks against the sovereignty of the countries, the neoliberal, conservative, fascist and submissive right for the lackeys submissive to the orders, orientation and financing of the American imperialism.

Today, the forces that represent evil want to re-enslave our peoples in the chains of selfishness and the evil of wild capitalism. They are trying to emerge from the darkness where they were, to try again to usurp the sovereignty of free peoples and regain political power in the region. 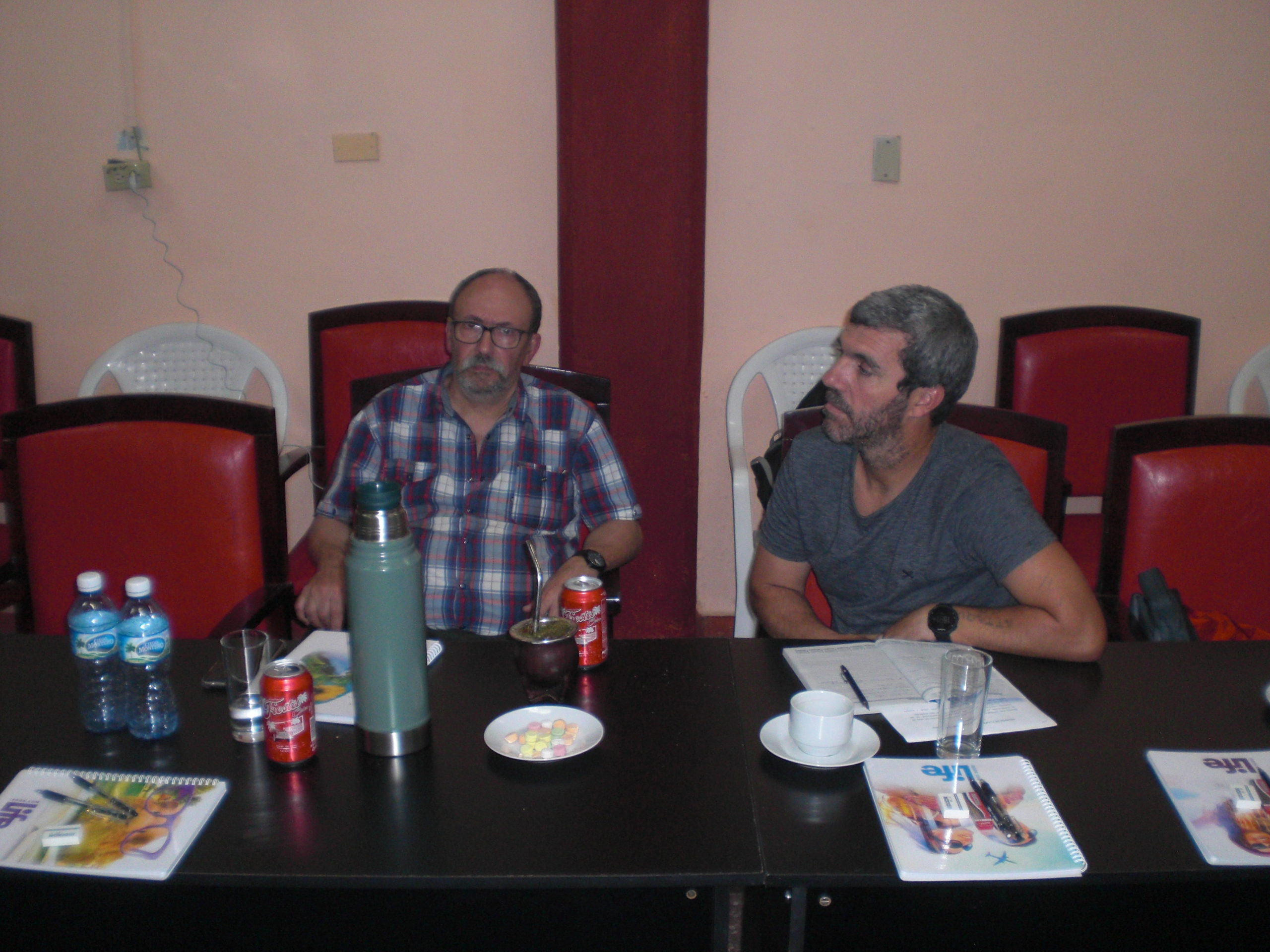 This was so in the past during bloodthirsty dictatorships. This is how they promote and finance wars and kill millions of brothers and sisters around the world.

Neoliberal governments, which does not defend the interests of its people. They are disguised as a false patriot, in fact, they represent the elites and act to deliver the natural resources and public heritage of their countries to the great national and international capital.

We have a serious political crisis in the region. Seeing what is happening in Brazil is terrible! Political, legal and media elites forged an impeachment, for the destitution of President Dilma Rousseff, and imprisoned former President Luiz Inacio Lula da Silva, who remains a political prisoner to this day, with a cruel and unproven trial to get him out of the electoral process, in which he would be the big winner of the 2018 presidential elections, so that backward forces can manipulate the elections in Brazil.

Through a massive digital attack, coordinated by the Trump empire and its allies, with false news, presented as truths to defraud the elections, they chose the true evil representative, Jair Bolsonaro, a banditry, a bandit, suspected of being the Intellect author of the murder of Councilwoman Marielle Franco and her driver, Anderson, on March 14, 2018.

Bolsonaro, who praises dictatorships and torturers, is a representative of the interests of militiamen and has always immersed himself in government with his family. His three sons, also elected in public terms, a councilman, a federal deputy and a senator, interfere in the politics of the country, send and dismantle, and they also consider themselves presidents. 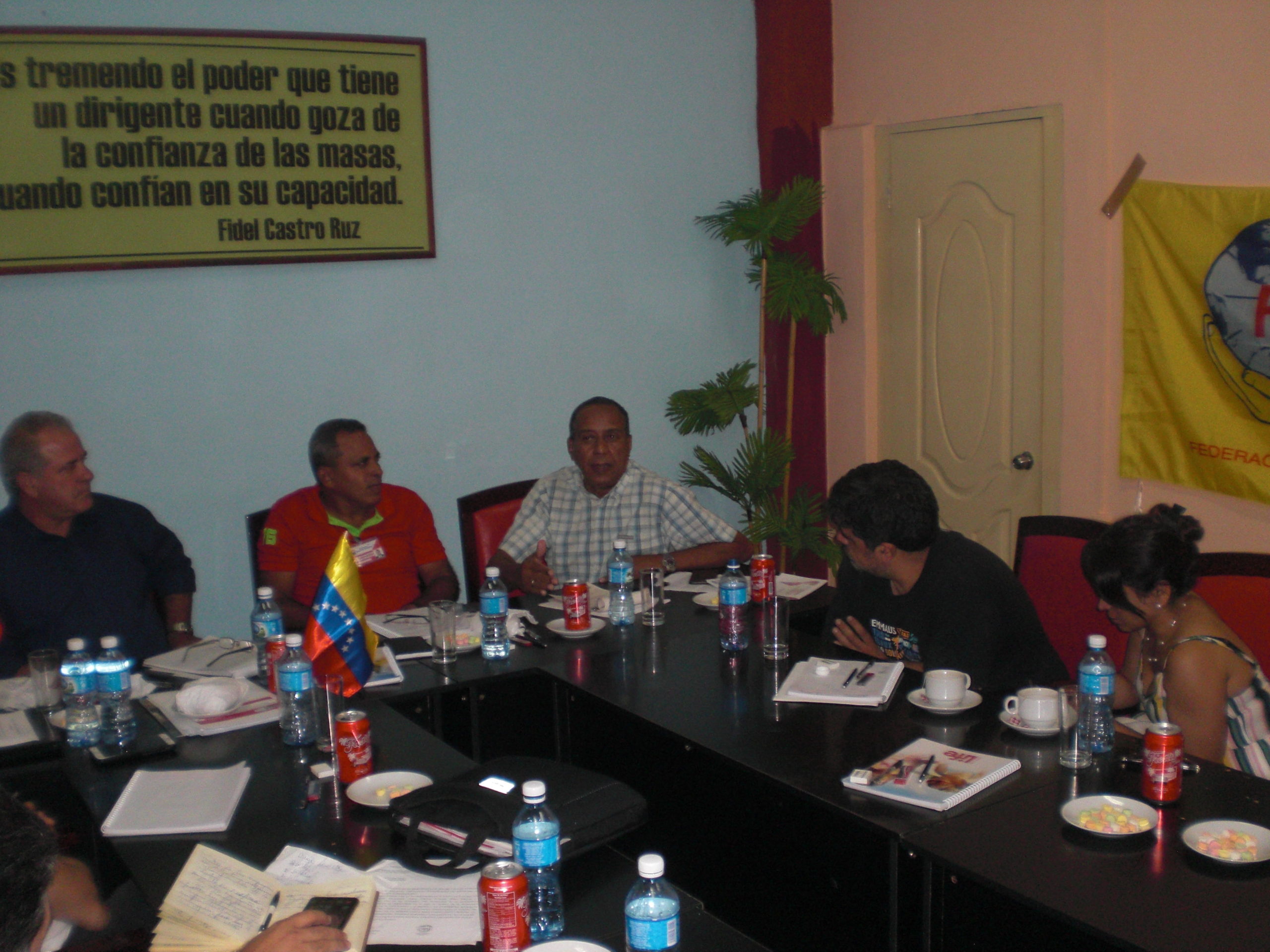 But, we move forward! The people are waking up! We will not allow the evil of fascism to prevail in Latin America and the Caribbean.

For this reason, FLEMACON greets the people who fight in Venezuela, Ecuador, Chile, Argentina, Bolivia, Peru, Haiti, Mexico and Colombia for their rights and sovereignty. Those who fight in Cuba against the economic blockade imposed by the US!

FLEMACON also greets the Brazilian brothers, comrades who are in resistance and fighting in Brazil, facing persecution and threats.

FLEMACON reaffirms that we are meeting here to seek unity in the struggle, to defend the rights of workers and the sovereignty of peoples in the Latin American and Caribbean region, and in the world.

It is important to remember the principles that guide FLEMACON:

The unification of the struggle of workers on a continental scale with trade unions in Latin America and the Caribbean;

Develop unity among the workers of the continent, with the principles of international solidarity, the struggle for social progress, freedom and democracy;

Unify the working class in the fight for their immediate and future interests;

Further solidarity with the other categories of employees, raising the unity of workers to the international level;

Support the peoples of the world in their struggle to end capitalist exploitation;

Fight for the independence, sovereignty, democracy and progress of our members countries;

Fight against all types of interference between countries in national affairs;

Maintain contacts and exchanges with similar entities, whether trade unions or not, at all levels;

Promote conferences, seminars and international meetings to increase the exchange;

Promote support and solidarity cooperation among workers in their professional branches represented by FLEMACON;

Exchange experiences on methods and forms of struggle, tactics and strategies of action, forms of trade union organization in different countries;

Strengthen friendly relations with workers in their categories represented in all countries, faithful to the principles of international solidarity;

As a Brazilian Communist from the Brazilian Communist Party (PCdoB), Haroldo Lima says: “There are signs of change in Latin America. People are already leaning against the anti-base measures of governments and reject the false belief that neoliberalism is good for the working class and the population. New horizons are appearing in the region. ”

And for the followers of Bolsonaro and Trump, representatives of the US imperialism, which is now the objective of the investigation and political trial, FLEMACON says: We go in front, the days of the rightwing in power are numbered!

The people united will never be defeated!