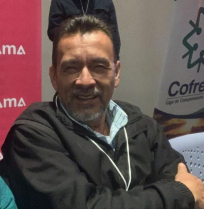 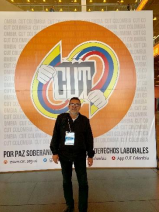 We have just been informed of the untimely passing away of comrade Otoniel Ramirez Lopez, former president of SUTIMAC. The Trades Union International of Workers of the Building, Wood and Building Materials Industries (UITBB), would like to express its sincere condolences to his family, SUTIMAC (a long-standing member of UITBB) and all the Colombian progressive people.

Comrade Ramirez’s death is a blow to the workers movement, as the deceased was a great leader, a passionate supporter of class-based struggles, whose commitment to the cause made him stand out.

We stand with his family, the workers of Colombia and SUTIMAC in this difficult time.

Please convey to all our condolences, and our feelings of international solidarity.

Let us all work hard to honour the memory of Comrade Otoniel Ramirez.