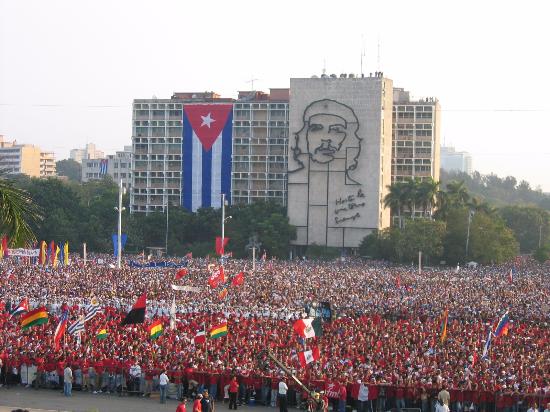 The Executive Committee of the Trades Union International of Workers of the Building, Wood and Building Materials Industries UITBB, following its meeting on 14 January 2021,
wholeheartedly condemns the decision by the outgoing Trump administration, to designate
Cuba as a state sponsor of terrorism.

This shows, once again, the belief of the arch-imperialists who believe they can interfere in
all countries of the world, choose governments, and tell people how to live and how to build
their future. Not only is Cuba not supporting terrorism, but it is itself a victim of dozens of
terrorist attacks and actions, organized and directed by USA.

This unacceptable decision came on the day when alt-right extremists stormed and occupied the Capitol. So, the US should not teach the rest of the world democracy lessons, when it has terrorism at home and when it applies state terrorism around the globe.

We condemn this blatant act of defiance of international law and of what is right in the world. It is a move against the Cuban people who will pay for the arrogance of the Americans, as more sanctions will be imposed, there will be bans on exports and sales and make things even harder for Cubans.

We express our international solidarity to the Cuban people through our member-organisation in Cuba, SNTC. Stand assured that UITBB will fight against this decision in all
international fora and with all its members around the world.

We stand with the heroic Cuban people and we are certain that in this fight, they will once
again emerge victorious. We demand that this unacceptable decision is immediately revoked. The new US government must cease its imperialist policies and allow the people of Cuba the freedom they so hypocritically invoke.