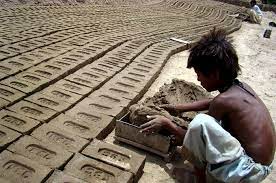 We are contacting you on behalf of our millions of members around the world, as the Trades Union International of Workers of the Building, Wood and Building Materials Industries (UITBB), to put forward our position regarding the workers in the sectors we represent.

We have been informed by our member-organisation in Pakistan, APFUTU, that in the four years since the PTI government came to power, it has attacked vested labour rights of the workers, closed down NGOs, old age benefit is not given to the people, over 90 million private sector workers have not been included in the Social Security record, while trade unionism is being banned. As a result, many workers are facing survival issues as their rights are being taken away from them, making their situation tragic.

UITBB, affiliated with the World Federation of Trade Unions (WFTU), is demanding from the Pakistani Government to stop immediately its attacks on labour rights, reinstate everything that was taken away from the workers, and ensure proper living and working conditions for the poorer strata of the population. We wholeheartedly condemn any attempt to ban trade unionism and Pakistan, which is what the provisional government of National Industrial Relations Commission (NIRC-Islamabad) is doing.

UITBB demands from the Government of Pakistan to honour its signature in the 32 International ILO Conventions and European Union agreements it has signed under the GS-Plus, including the Universal Declaration of Human Rights.

It is time to put an end to forced labour, child labour, bonded labour, precarious working conditions and low wages.

UITBB stands with APFUTU Pakistan and all the workers in your country, and will fight for them, internationalizing the issue through its members around the world, asking them to intervene to ILO, Pakistani Embassies and the Government.