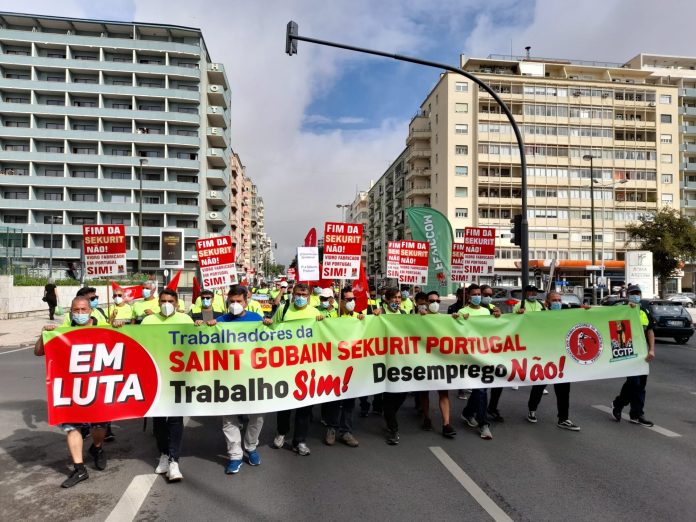 The struggle of Saint-Gobain Sekurit Portugal workers continues and will not stop!

Saint-Gobain Sekurit Portugal workers have been fighting for 20 days against the intention of collective dismissal and closure of the production and transformation of the automotive glass industry in Portugal.

Every morning they concentrate at the entrance to the factory in Santa Iria de Azóia to prevent this crime against workers, national production and the country’s economy.

On Wednesday, the 15th of September, they traveled to Lisbon for a meeting at the Ministry of Labour, Solidarity and Social Security and demanded that the Government take a firm stand in defense of national production and employment. 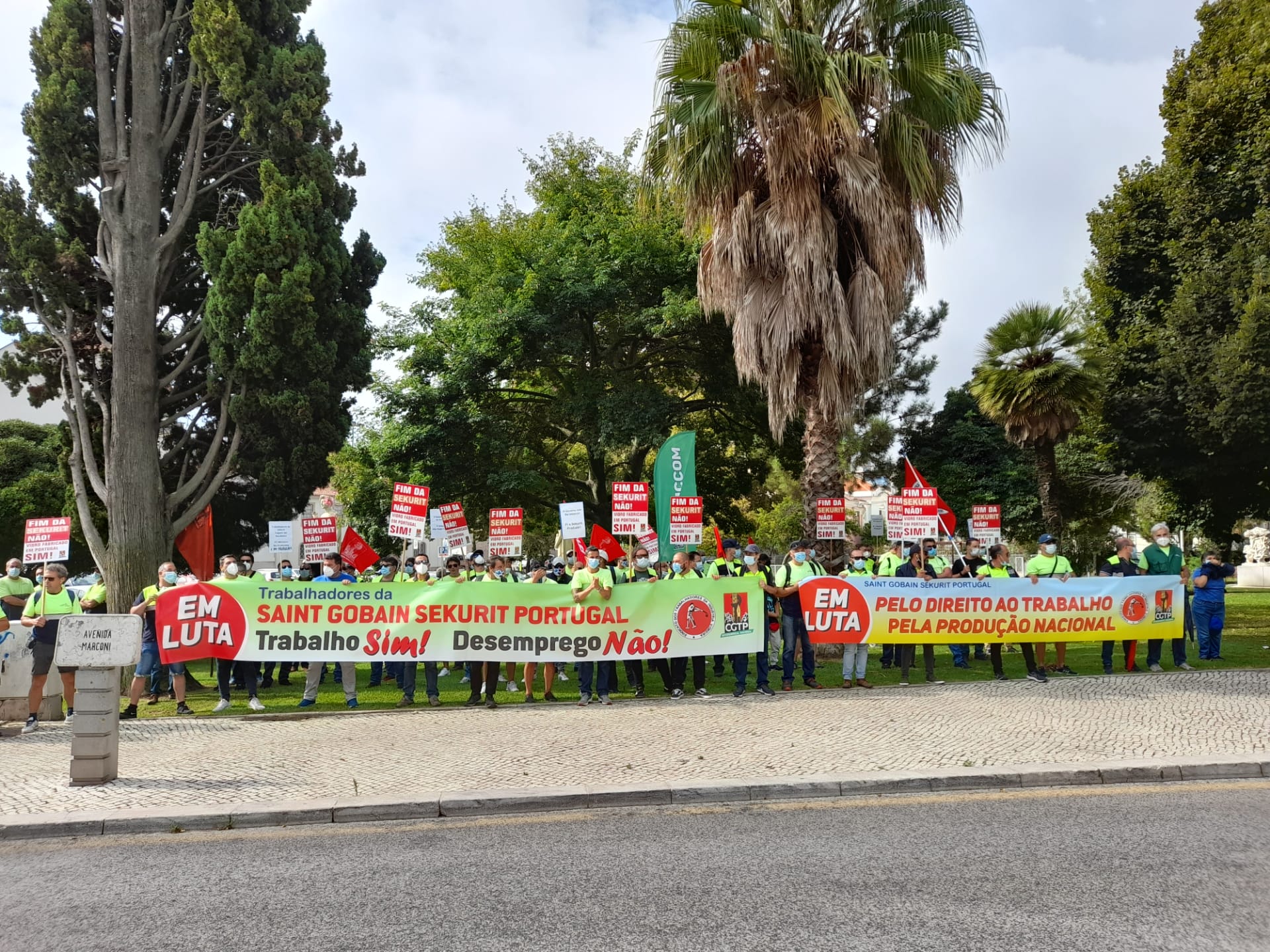 The workers moved from Av. de Roma on a walking march to Praça de Londres (next to the Ministry of Labour, Solidarity and Social Security) where they were received by two officials who agreed to schedule a new meeting with Trade Union Leaders and the Minister of Labour or the Secretary of State.