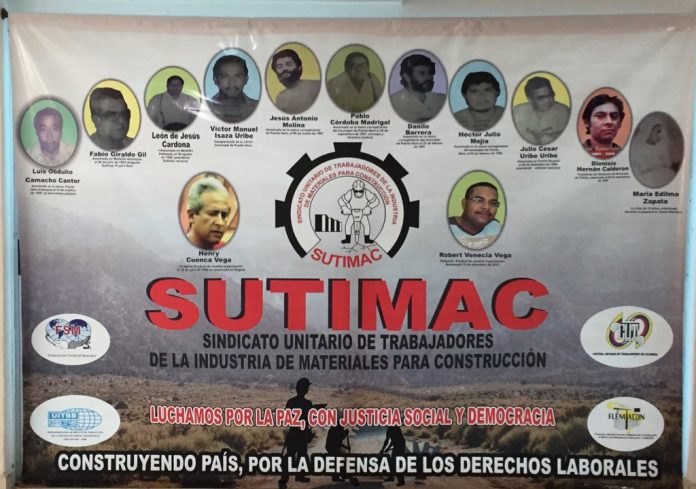 It is with great pleasure that UITBB congratulates SUTIMAC Colombia on its 50th Anniversary. Since its foundation in 1972, SUTIMAC has been a pioneer in the struggles for the workers of Latin America in general, and Colombia in particular.

On an everyday basis SUTIMAC is in the forefront of the class-based struggle in Latin America, organizing activities, actions, seminars and so on, defending workers in every way possible. In these 50 years of action, 40 trade union officials from SUTIMAC were killed by the reactionary forces which resist change in Colombia. We owe it to their memory to continue the struggle.

UITBB is proud to have SUTIMAC in its ranks, underlying the strong sense of internationalist solidarity with the global class-oriented trade union movement.

Honour to the fallen comrades of SUTIMAC!

Long live the workers of the world!