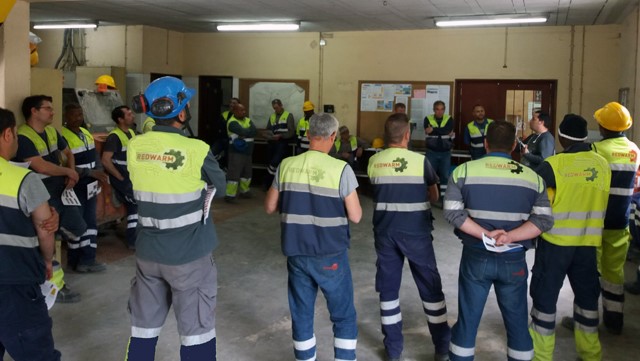 The workers of REDWARM-Manutenção Industrial, Lda (sub-contractor of Secil) organised on the second of August 27th, a strike between 8am and 5pm, near the main gate of SECIL-Outão which had been they permanent place of work for several years.

The objectives of the strike are to defend the agreement reached in 2017 between the company and the Trade Union, by increases of 4% in all wages in 2018 and by the implementation of 615 euros as the minimum wage by the company.