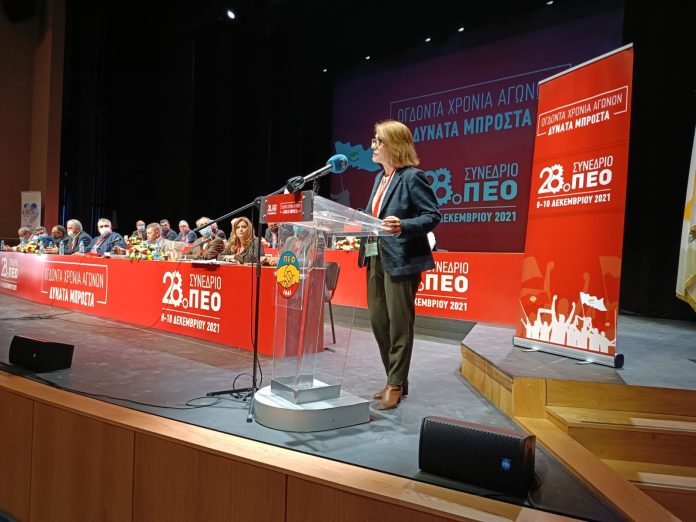 The 28th Congress of PEO was organised with success and ended with the election of the new leadership. Sotiroula Charalambous is the new Secretary General of PEO. She is the first woman Secretary General in the history of PEO and the trade union movement in Cyprus in general.