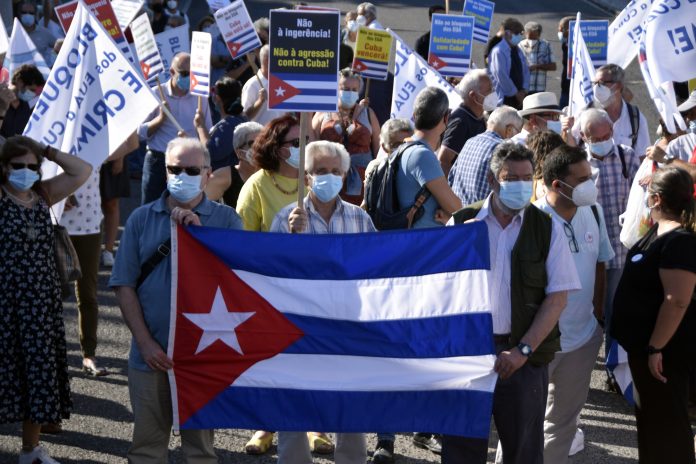 Solidarity with the Workers and People of Cuba – End the US blockade!

Days after the world voted in favor of ending the blockade of Cuba, with 184 votes in favor and only 2 against – Israel and the USA – new actions of interference and aggression by imperialism against the people and workers of Cuba.

The efforts undertaken by Cuba, the commitment and courage of the workers and its people, have been essential for the positive results in the fight against the pandemic, including the solidarity that Cuba has shown with several countries, particularly in Europe. 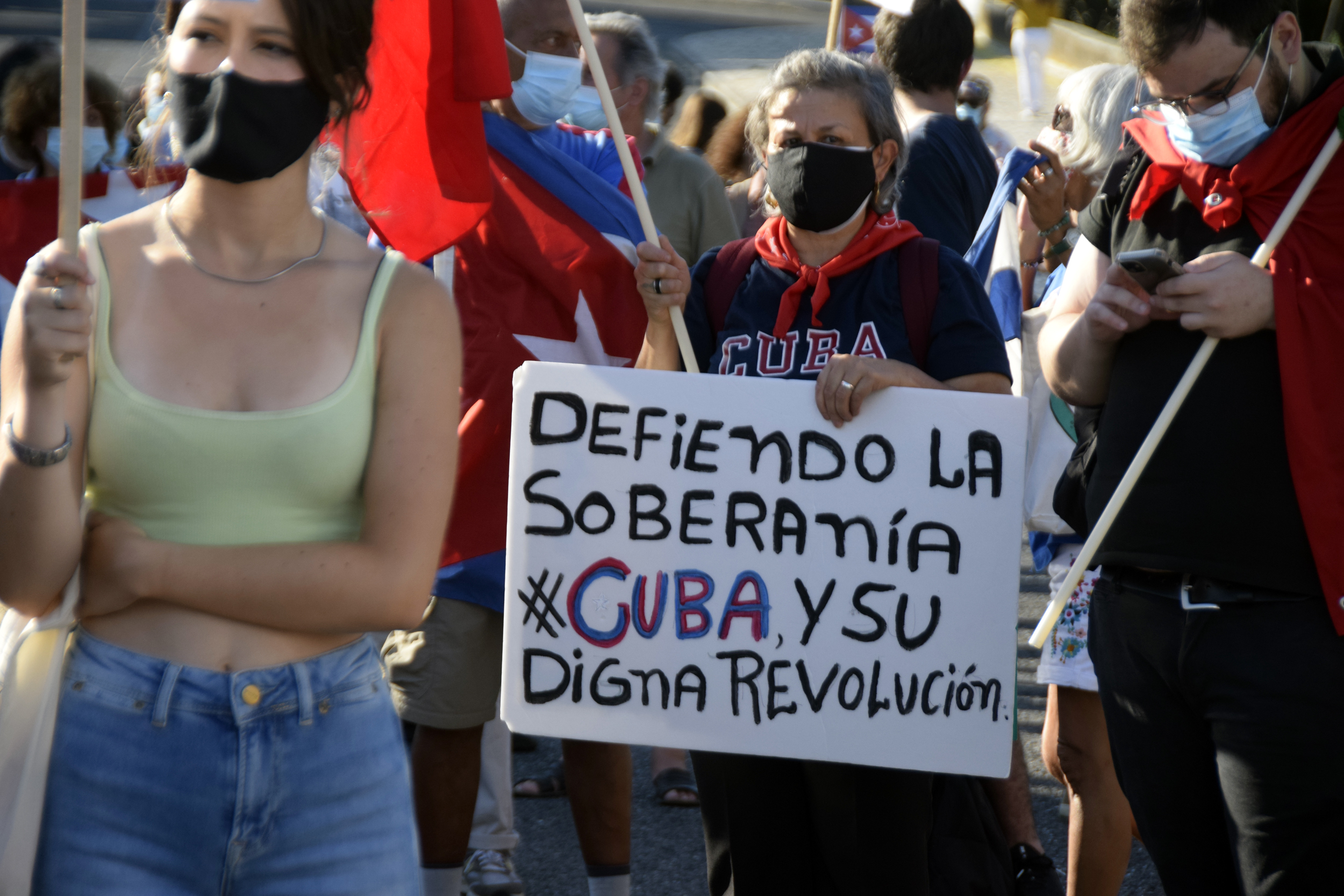 Efforts that are clear when this is the only country in Latin America that, despite the criminal blockade and its disastrous impacts, has developed several vaccines and advances in a vaccination process that is only not faster due to the limitations that the blockade itself imposes, namely by shortage of access to syringes. Efforts that are at the same time the hope for millions of people in the Third World, who know that Cuba will do everything to ensure that they have access to their vaccines. The situation in Cuba deserves full solidarity with the Cuban people and workers, who, in addition to the necessary response to the public health situation, are committed to defending their sovereignty and independence, rejecting subjugations, aware that they are Along with the end of the blockade, independence and the full exercise of sovereignty are determining conditions for the elevation of their rights, for the improvement of their working and living conditions.

The situation therefore demands that democrats and lovers of peace and friendship between peoples make their voice heard in defense of respect for Cuba’s sovereignty and independence, and that these be associated with the end of the criminal blockade imposed on it. 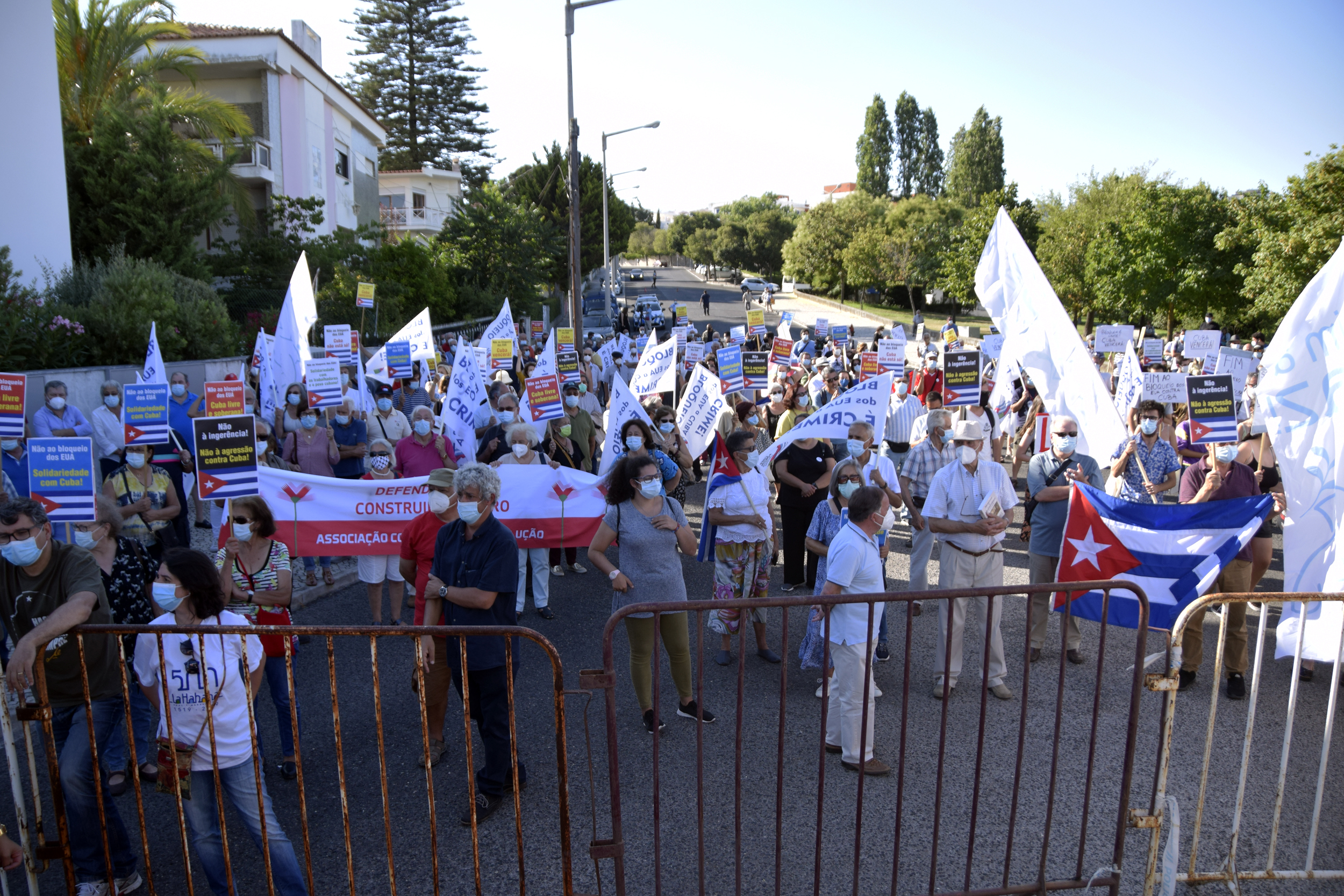 The hypocrisy of those who express a false concern for the Cuban people contrasts with the way they hide the policy of interference and aggression by US imperialism, which for more than 60 years has imposed an economic, financial and commercial blockade on Cuba, with an extraterritorial character.

Blockage and actions that were aggravated in their worst expressions and in the most serious consequences during the Trump administration, but which remain with Joseph Biden, preventing access to essential goods such as medicines, medical supplies, petroleum products and food, the primary cause of conditioning and limitation of productive activity and the capacity to create sufficient wealth to allow the fulfillment of all the rights and aspirations of its people – an ambition affirmed and repeatedly reiterated by the Cuban Revolution.

FEVICCOM denounces the provocation and destabilization actions that, from the US, seek to interfere in Cuba’s internal affairs and in the attempts to maintain and further aggravate the blockade, limiting its right to development, based on what is the economic and political model that has been repeatedly endorsed by the people of Cuba, as in the constitutional referendum of 2019[1].

FEVICCOM reaffirms its solidarity with Cuban workers, to the Central de trabalhadores de Cuba, calling on trade unions and organizations representing Portuguese workers to follow this expression of solidarity publicly, reiterating the demand for an end to the US blockade against Cuba and expressing their solidarity with the struggle and resistance of their people.

The CGTP-IN and FEVICCOM were present at the Solidarity with the Cuban People concentration on 15 July, at the Cuban Embassy, located on Rua Pêro da Covilhã.