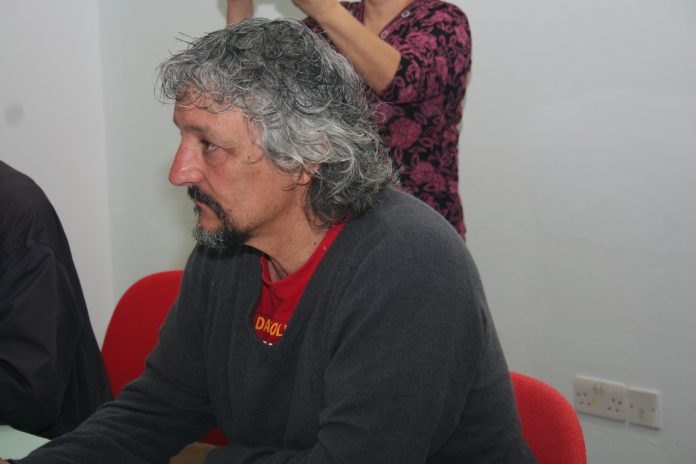 Dear brothers and sisters of our Trades Union International UITBB,

In this report we try to depict the political situation in Latin America:

To analyze the situation we need to see that progress and setbacks in the region always happened in blocks. After decades of fascist coups d’état, which took a heavy blood toll from our people, followed a set of neoliberal governments that pursued policies, which aggravated the inequality gap between rich and poor. In the recent period, some Latin American countries witnessed progress thanks to progressive governments. This created a new political scenario in the region. Among these countries, it is worth mentioning, to name a few, Venezuela, Ecuador, Argentina, to a lesser extent Chile and to some extent Paraguay. As far as Central America is concerned, we should mention progress in Nicaragua and the reaffirmation of the Socialist Revolution in heroic Cuba.

These nonlinear processes had to face the quick contra revolutionary response by the imperialist right wing in the midst of an economic and structural crisis of capitalism. Such frontal attack against these processes generated difficulties in some countries. As an example, we need to mention the continuous attacks against the Bolivarian revolution of Venezuela. The fall in oil prices and the food shortages generated by the offensive of the right wing forces resulted in a landslide victory for the right in parliamentary elections. A similar situation emerged in Argentina: Continuous discrediting of the process by the right and by mass media resulted in the election of President Mauricio Macri, who is the representative of the most rancid oligarchy of Argentina. In Brazil, we need to analyze the serious economic difficulties facing the country, as a result of which the popularity rate of President Dilma has fallen to minimum level. In addition, our sister republic Bolivia is under attack, so are Ecuador and Uruguay. The right aims to behead the trade union and popular movement in all these countries and particularly our brothers in Colombia and Peru, where every day leaders and activists of our affiliated Union are murdered. We reiterate our full solidarity with them and our commitment to struggle so that such murders never happen again.

The slowing down of the processes is due to the offensive of the imperialist right wing, but also to some weaknesses within the popular movement, which created an easier environment for the advancement of these reactionary sectors. In Argentina for example the dispersion of the left and progressive sectors, the fragmentation of the workers’ movement resulted in leaving the way open to the advance of the right.

In Brazil, corruption of the ruling party, anti popular measures taken by the same party in an attempt to resolve the economic crisis, affect workers and the most vulnerable part of the population.

In Brazil we see clearly that the fragmentation of the labor movement divided into several trade union centres, is an additional element explaining why the process that had begun with President Lula in Brazil is today clearly retrograding and putting at risk the continuity of the leftist governments.

In Venezuela we witnessed a major setback and we certainly cannot limit our analysis to the attacks of the right when assessing the reasons for the defeat in the last elections. There is also much of our responsibility within popular sectors, the fragmentation of the trade union movement and the lack of structures that should have been created at grass root level of the most popular sectors to defend the revolutionary process against the attacks of the right.

There is a common component in almost all countries in the region except Cuba and Uruguay – the fragmentation of the trade union movement. Of course, trade union unity is not enough, but without it there can be no development process capable of being sustained and deepened. Therefore, the biggest challenge we have today as workers is to develop every possible effort in pursuit of the unity of all workers, students, peasants and the section of the people that aspire for a society marked by more justice and solidarity.

In the respect we would like to submit in all modesty some proposals that could help building tools aimed at uniting construction and wood workers. We have much to contribute, using such tools as for example FLEMACOM, ESNA and all construction workers’ unions in Latin America.

We need to work in regional meetings to seek common goals that allow us to develop joint actions, such as achieving the objective of reducing the weight of a sack of Portland cement to 25kg. Today, only in Uruguay such regulation is in place together with a number of other labour laws, e.g. the law on criminal liability of the employer for putting at risk the life of workers, the law on inclusion of disabled people offering opportunities to that highly marginalized part of the society, the law on occupational health aimed at creating better health and living conditions for workers, ultimately the fight for life.
We are convinced that sooner or later the people will find their way towards a more just society, where man is no longer wolf to another man, ultimately a society where we workers are the protagonists of our own destiny.
A fraternal hug from Uruguay to all comrades together with our firm commitment to relentlessly continue our struggle!
Fraternally,
Daniel Diverio
General secretary