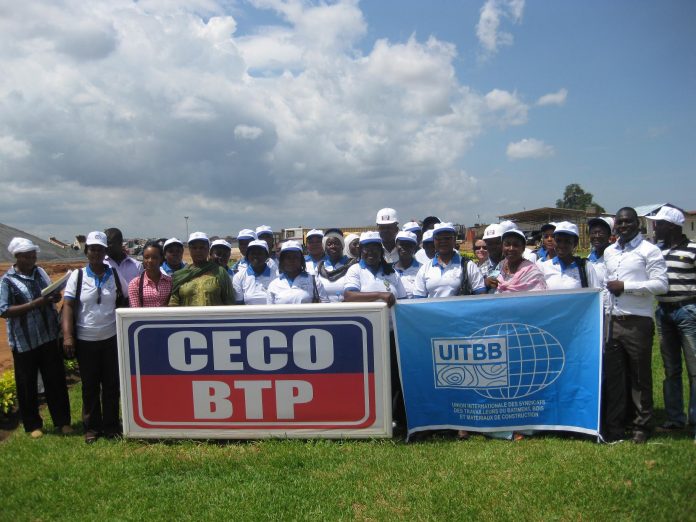 Regional seminar for trade union women in construction, wood and building materials of French-speaking African countries
Lomé, May 15-17 2012
The UITBB organized from 15 to 17 May 2012 in Lomé, Togo with the cooperation of its two affiliated unions SYNTRAGAVO and SYNBARCOT, and with the technical assistance ACTRAV / ILO a workers’ seminar for women of those sectors. 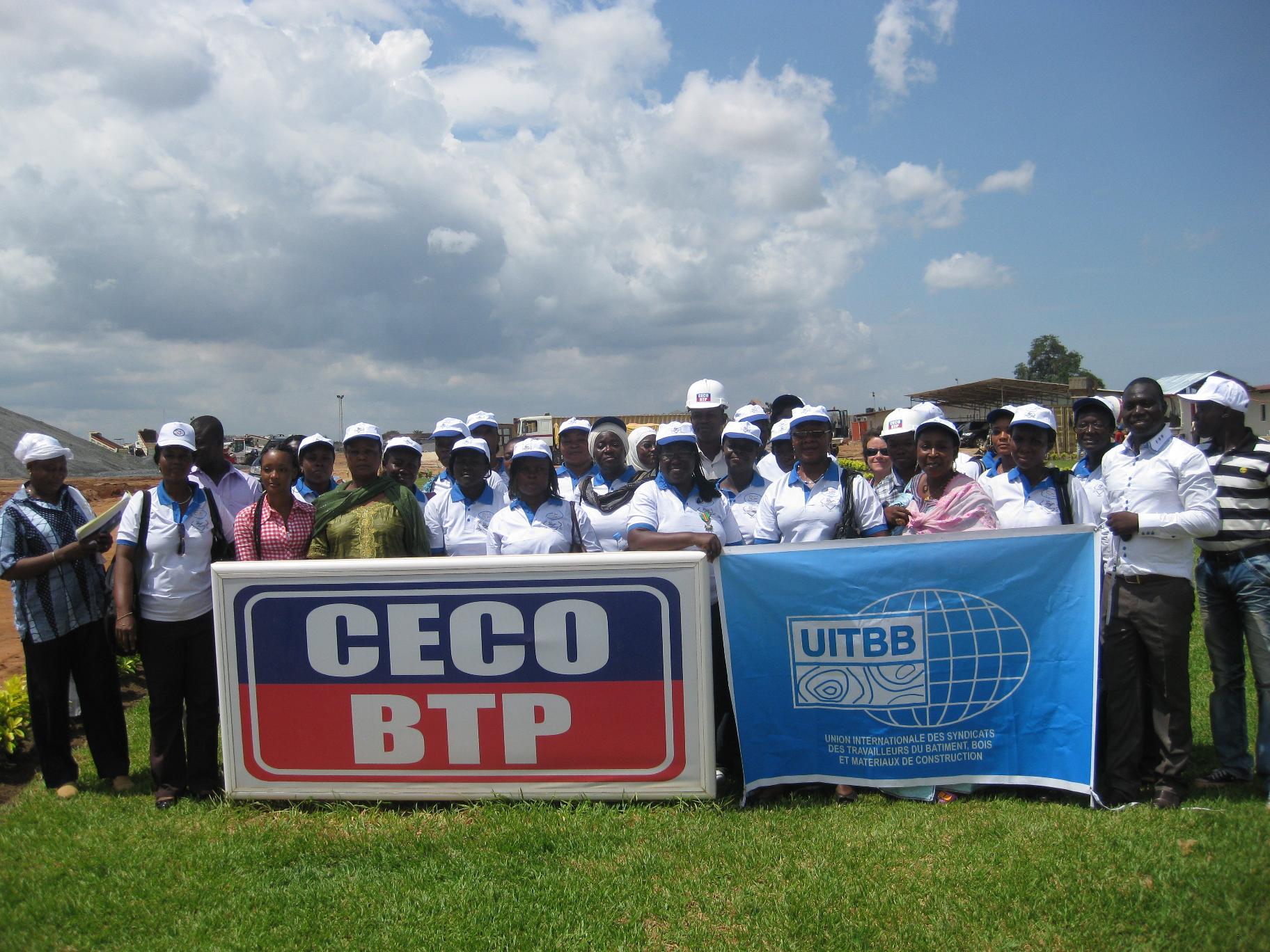 The opening session was attended by Minister of Promotion of Women Henriette Kouevi Amédjogbé, and Minister of Public Works Tchamdja Andjo, who officially inaugurated the seminar. It was attended by more than thirty young women unionists from Togo, the chairwomen of the Women Committees of the National Federations of Construction, Publics Works, and Wood from Cameroon, Gabon, Mali and Niger, all members of the UITBB Women’s Commission for Francophone Africa.
Citing the paramount importance of such seminar for UITBB training and awareness activities carried out for its affiliates since many years, the UITBB representative stressed that the struggle waged along with all its UITBB members and activists for women’s equality in law and in fact is indeed a class struggle: capitalism exposes women to a double exploitation as workers (if they have a job) and as women (as the result of stereotypes that exist around the world).
Given that the seminar was held on African soil, he noted the alarming figures on the employment of women published in the recent report on employment by the ILO (50.5 per cent of women have vulnerable jobs), he recalled that the class union movement has always fought hand in hand with the progressive movements of women to rid society of capitalist exploitation and other forms of exploitation and discrimination. 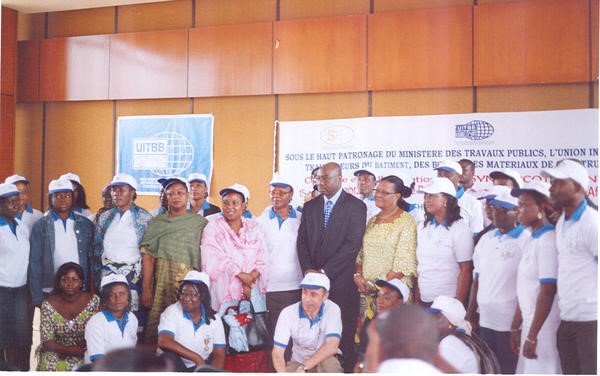 Inauguration of the Seminar with Minister of Promotion of Women Henriette Kouevi Amédjogbé, and Minister of Public Works Tchamdja Andjo
The seminar focused on the following topics:
– The UITBB objectives, strategy and world policy and the activities of its Women Committee
– The action of the FSM
– Conventions and ILO recommendations on the specific job of working women and women’s employment
– The activities of the ILO for gender equality;
– Child labour, trafficking in women, the fight against illiteracy and the fight against HIV / AIDS
– Negotiation and collective bargaining: right of women and gender equality and empowerment of working women and its role in the union
– Health and safety at work
– Presentation of national reports on the activities of the construction unions, wood and materials relating to equality of women.
After three days of discussions and exchanges marked by a spirit of solidarity and militancy, the participants unanimously approved recommendations to the UITBB, the ILO, the government and the employers so that urgent and appropriate measures are taken to improve the situation of women workers. They have pledged to fight side by side with men for a society without exploitation and social injustice, a society of progress, equality and peace.