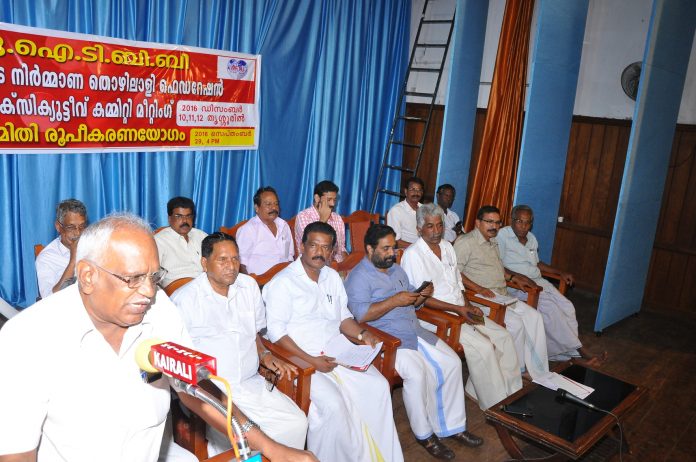 A reception committee for UITBB’s ExComm meeting in Kerala, India in December was formed, under the Chairmanship of the Mayor of Trichur, with the participation of leaders from trade unions as well as other political and peoples’ movements of the city. Com. K. V. Jose, one of the secretaries of CWFI which is hosting the event, welcomed the gathering, while Com. R. Singaravelu, President of CWFI and member of UITBB Secretariat, delivered the opening address, focusing on the history and tradition of UITBB and WFTU and the privilege of hosting this meeting in India.