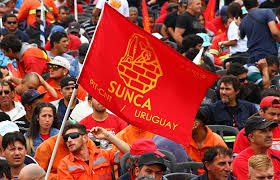 At the international level

The world continues to suffer the social, economic, environmental and political consequences due to the sharpening of the capitalism’s structural crisis. These consequences mean further concentration of wealth, greater inequalities, death of millions of human beings resulting from hunger and curable illnesses, and threatening life and the survival of the planet itself. But these consequences were enhanced by the arrival of the pandemic. This pandemic landed on a world situation characterized by inequalities and also revealed the system’s failure. In addition to its incapacity to resolve the enormous problems affecting humankind, this system could not provide a coordinated response to the multiple impacts stemming from COVID 19. This fact is tragically corroborated when observing that the profit and benefit ridden efforts by pharmaceutical corporations prevail above the imperative need to generate fair conditions allowing all human beings to have access to the vaccine.

SUNCA rejects any attempt to stage coup d’état anywhere in the world. We reaffirm our commitment to defend peoples’ self-determination and their right to elect their own representatives as they wish. For this reason, we reject the coup d’état that was attempted days ago in the USA by fans of the outgoing president Donald Trump.

We extend our solidarity with all countries which are victims of threats, aggressions and economic blockades. We reject the recent pronouncement by the US State Department that included Cuba in the list of states sponsoring terrorism. We join the international condemnation against this provocation, which has been voiced by countless countries, trade union and social organizations the world over. We declare our solidarity with the people of Colombia, who have become the target of repression, aggressions, kidnappings, and murder of social, political and trade union activists.

We salute the struggling process of the Chilean people, as well as the unity process being carried forward by our brother building unions in that country.

In SUNCA’s understanding, the responses by the National Government to the health, economic and social impacts of the Pandemics have been insufficient and erroneous. This is illustrated by its incapacity to design and implement a vaccination plan, which is much talked about but never publicized, by growing unemployment, the rise in public services fees, the price increase in basic consumption products, the reduction of public workers’ wages, the indexation of pensions and liabilities below inflation levels (first time in 15 years) etc.

We underline once again, together with our PIT-CNT (*), the need to provide a rapid solution to the problems affecting various sectors of society that have been hit hard by the consequences of the pandemic. We reiterate the proposals put forward by SUNCA and our Central organisation and Inter-social organizations; and more particularly we insist on the urgent need to establish a BASIC INCOME, as well as on a package of flexible measures in the public services.

In view of the restart of activities in the building industry, following the annual leave, and bearing in mind the exponential growth of COVID 19 cases and deaths, we warn that it is necessary to comply with the Protocol reached last April during the round of collective bargaining and to not innovate in any way. SUNCA rejects the requirement for workers to sign a sworn statement and demands a 100% compliance with the contents of the aforementioned Protocol, as well as an increase in the levels of control and supervision by the relevant authorities.

SUNCA’s National Executive Committee thoroughly analysed the difficulties experienced by our industry’s correlated branches, comprising extractive, ceramics, and toll activities, along with the fall in investment in some parts of the country. As a result, we ratified the strategic line of work aimed at building a wide National Movement for Labour and for the Defence of the National Industry. To this end, we have specified the preparation of a broad mobilization in February, which will put in the debate the need to keep the industry active, and also to obtain a clear public investment policy if the fall in private investments continues unabated.

The National Executive Committee officially launched the national campaign to collect signatures in order to annul 135 articles of the Urgent Consideration Law. To support the National Pro-Referendum Commission, SUNCA will place our national organizational structure, our premises and militants, at the service of this objective.

For all these reasons, we must continue to strengthen the organizational preparedness of our entire union in order to reach the level of the challenges.

On behalf of SUNCA