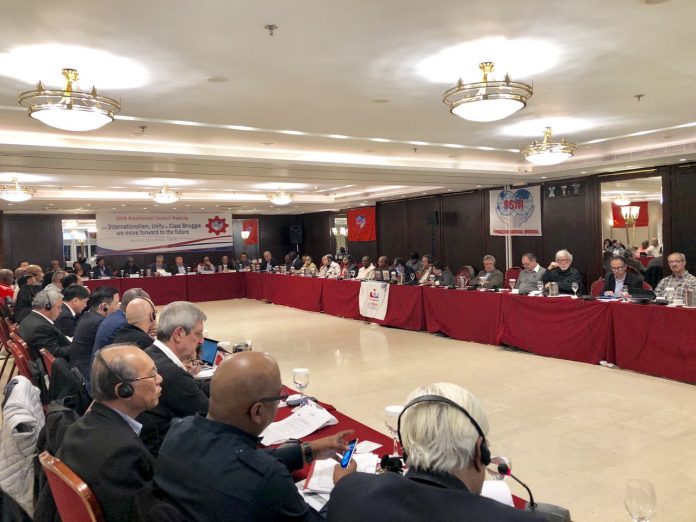 The 2019 Presidential Council of WFTU was held with great success in Athens, on 3-4 April 2019. Comrades from organizations from around the world, attended the Council and exchanged experiences, good practices, reviewed the previous year and agreed on the new Plan for 2019. The participants reaffirmed their international solidarity for the workers around the world, underlying at the same time the importance of the class-based struggle to change our society for the better.

The General Secretary of WFTU, com. George Mavrikos, gave the introductory speech, where he underlined how WFTU must focus on the positive steps, the weaknesses and the experience taken from our action, so that we can become more focused on the most important issues, which are to form a unified perception concerning the content of our action both at a national and an international level, to form a combined plan of ideological and political intervention and action both among the workers of our country and among the trade unions we have contact with, by guiding them to the class-oriented line of struggle and by changing the correlations in favor of the forces that oppose the capital inside and outside our trade unions. He then welcomed COSATU from South Africa and the Federation of Commerce and Services from CGT – France who have requested to be affiliated with WFTU, saying that WFTU now has 97 million workers around the world, which marks an increase of 4.5 million workers since last year. He also said that the target is to reach 100 million members by 2020, which will also mark the 75th anniversary of WFTU. 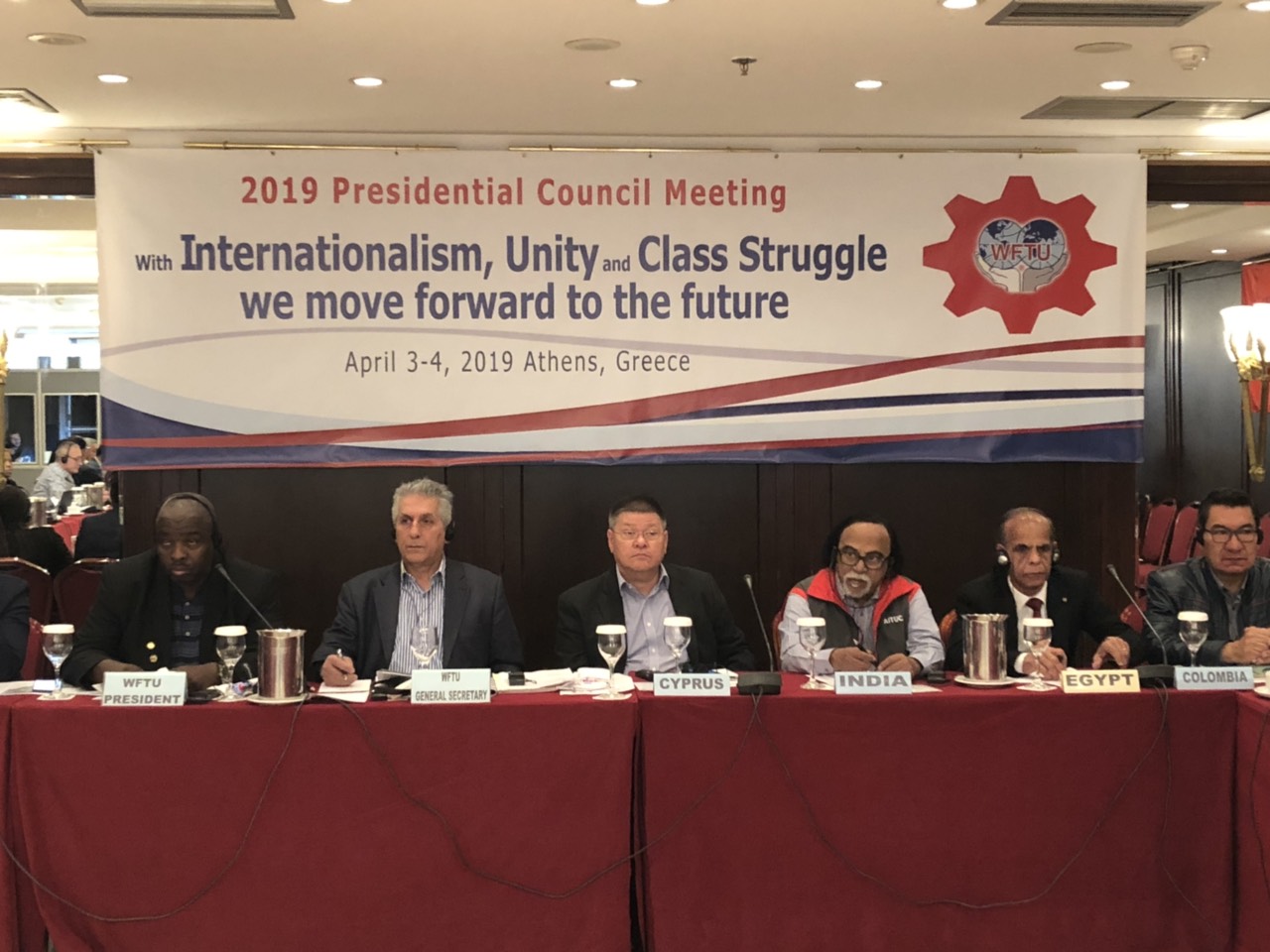 He then focused on the international situation and the sharp contradictions among the bourgeois classes of the countries, the changes in the balance of power and in the competition among capitalist states, talking about the military controversy between NATO forces and Russia, as well as the peripheral antagonisms.

The General Secretary then, gave an overview of the WFTU actions and activities for 2018 which were, once again, very rich and he commented WFTU members for the efficiency of their actions and activities around the world, which underlines the militant spirit of WFTU and, at the same time, promises a hopeful future for our international organization. 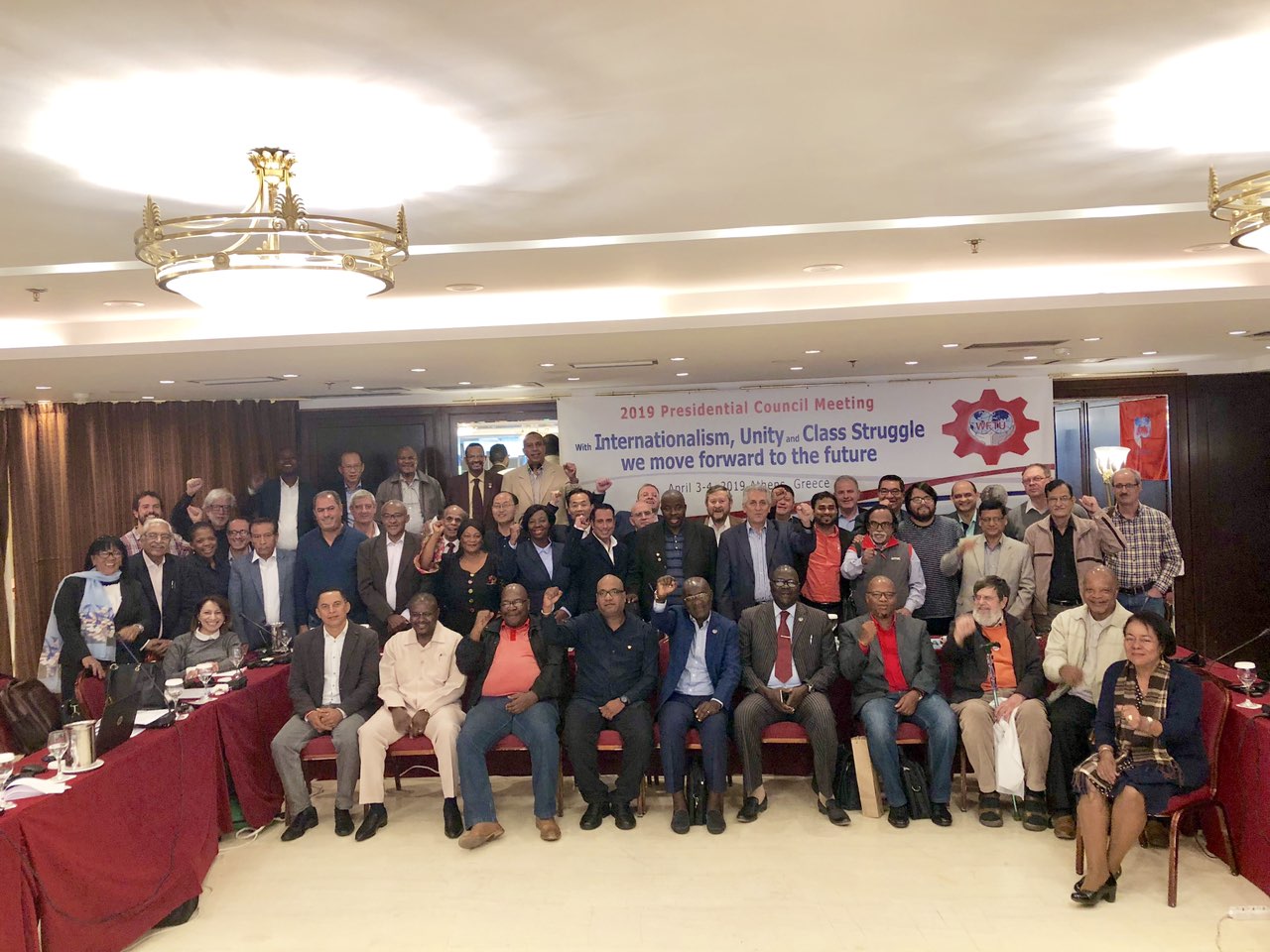 Following this report, he mentioned that WFTU’s greatest weaknesses which are inactivity, the functioning of the Regional Offices which needs strengthening, the enhancement of women participation, the greater participation of all organizations around the world, even in local events, and of course the financial situation. 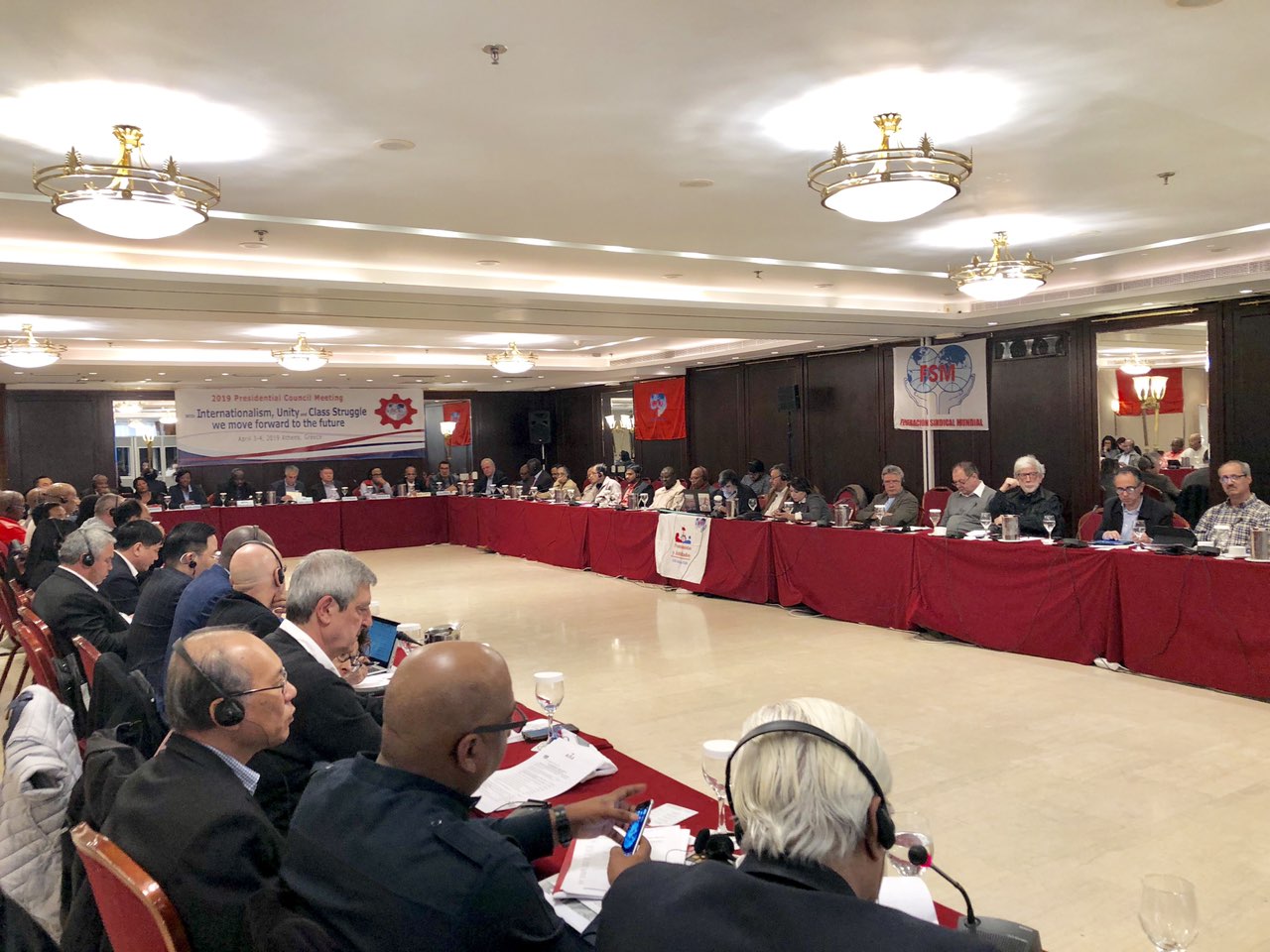 The Action Plan was then presented by the GS, which was given to the participants, and he asked for their suggestions and remarks. He then asked them to start participating for the celebration of WFTU’s 75th anniversary, finishing by expressing his optimism for the future of WFTU.