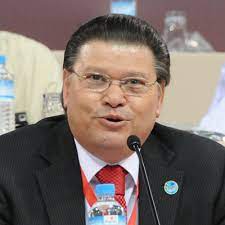 The 18th Congress of the World Federation of Trade Unions (WFTU) is to convene on 6-8 May in Rome.

The Congress will be attended by over 500 delegates representing hundreds of trade unions with more than 105 million members from 133 countries from all continents.

The agenda of the Congress, in addition to a review of the Federation’s actions since the previous Congress, held in South Africa in 2017, will include a discussion of the programme of priorities for the International Trade Union Movement which will be the guide to action for hundreds of class-based trade unions representing millions of workers around the world. The priorities are expected to include the protection of collective labour agreements, dignified wages, health and safety conditions, solidarity with the struggles being waged by the working people.

The 18th Congress of the WFTU will elect new leadership bodies. 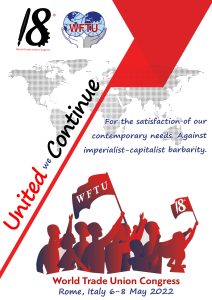 Pampis Kyritsis is one of the Vice Presidents of the WFTU since 2000 with a significant contribution and presence in the activities of the International Trade Union Movement. The proposal reflects the esteem and prestige that PEO has, despite the small size of our country, within the WFTU of which it is a founding member.