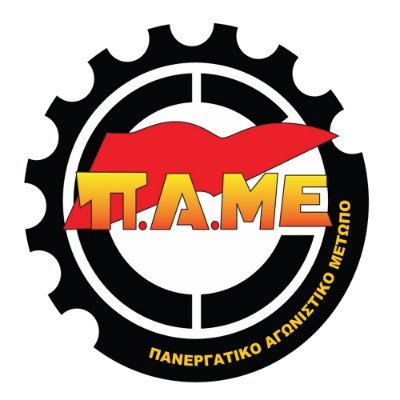 PAME Statement For The Russian Invasion in Ukraine

Russia’s unacceptable invasion in Ukraine is the typical start of a war that has been
preparing for a long time in the territory of the accumulated tension and fierce competitions of US / NATO-EU-Russia in the wider region of Eastern Europe and generally, for the profits of the big monopoly groups. A fierce rivalry leading to another imperialist war in Europe, 23 years after the war in Yugoslavia.

The use of military means that take the baton from diplomacy and temporary
compromises, aims to prevail in the race for spheres of influence, who will have more control over the production and transport of energy, which imperialist states and organizations will gain the upper hand for account of the monopolies that seize the wealth produced by the working class in each region.

The more than 30-year-old attempt to arm one people with hatred towards the other,
peoples who have lived for decades as brothers, shows that the barbaric exploitative system does not hesitate to arm and force the peoples to exterminate each other in order a handful of multinationals to continue to make profits.

But the war in Ukraine is not just about these two peoples. It concerns all the people, the
working class of the whole world because the causes that bloodied and murdered the
peoples in the Balkans, the Middle East, Asia, Latin America are still hidden behind the
unacceptable military intervention and invasion of Russia in Ukraine.

The involvement of Greece puts a mark also to the people of Greece. As Greece has
become a hub for transporting and promoting troops to Eastern Europe on behalf of the EuroAtlantic murderous alliance. A policy that has been promoted and decided by all Greek
governments with the establishment of new US-NATO bases in the country, such as that of
Alexandroupolis. While no one can predict how these developments will affect Turkey’s
aggressive appetites in the Aegean and Cyprus.

The dilemmas posed by our exploiters to come to terms with one or the other imperialist
pole, whether we will support Russia or the US and the EU, not only do not solve the huge
problems we face with inflation and the pandemic, but they magnify them. Our people are
suffering the negative consequences of rising oil and gas prices, the risk of new rise of prices in electricity and fuel is very high. At the same time that the inflation is sweeping the people’s income and the hospitals are on the verge of collapse, the Greek government continues to spend more than 5 billion euros a year -as did the previous governments of SYRIZA and PASOK- for military armaments that have no relation with our country’s defense but are utilized to support the imperialist plans of NATO and the EU, who butcher the peoples.

The interests of our people not only are not in the deepest involvement in these murderous
plans of the imperialists, but in the immediate disengagement from them. The unions and the working class in Greece to organize their struggle and demand:

NO TO THE IMPERIALIST WAR

No Euro-Atlantic infrastructure from Greek territory to be used for actions in Ukraine. No Greek soldiers outside the country’s borders

Close all US-NATO military bases in the country now.