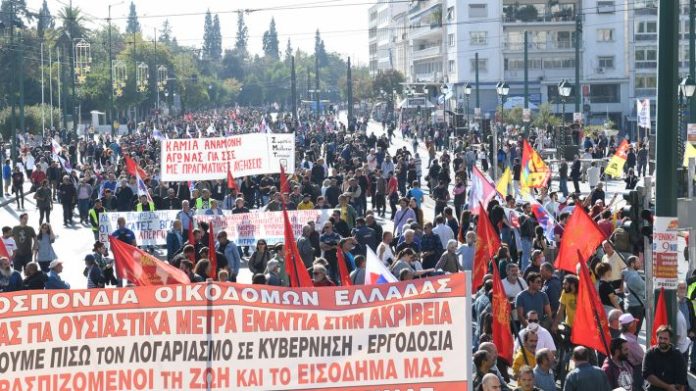 Great success of the national strike in Greece

The General Strike of November 9 in Greece was held with great success. The first estimates are that it is one of the most massive and successful strikes in recent years.

No Metro worked, no bus, no ship sailed.

The center of Athens was flooded. Great turnout at strike rallies.

A warm welcome was given to the leadership of the WFTU who participated in the strike demonstration in Athens.

From Athens the workers sent their solidarity to the Belgian and French workers who are also on Strike. At the same time, dozens of messages and actions of solidarity from workers’ unions around the world were announced, receiving a militant welcome.

Massive and militant strike rallies were also held around Athens, in the port of Piraeus, in Lavrio near the international airport and other areas with massive turnout. Throughout Greece, strike rallies are taking place in more than 60 cities.

Photos from the Athens demo 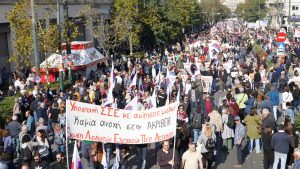 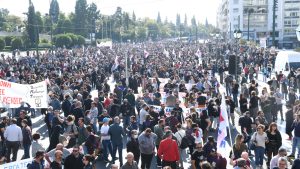 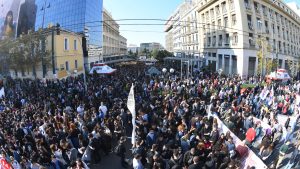 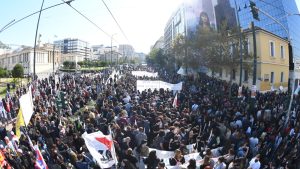 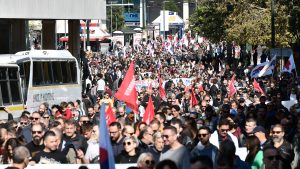