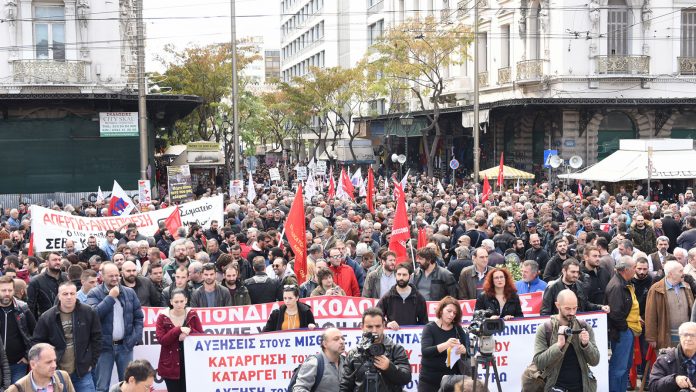 The 24-hour, national strike was organised successfully in Greece on Wednesday, 28 November. Many federations and labour unions under PAME participated in mobilisations around the country. 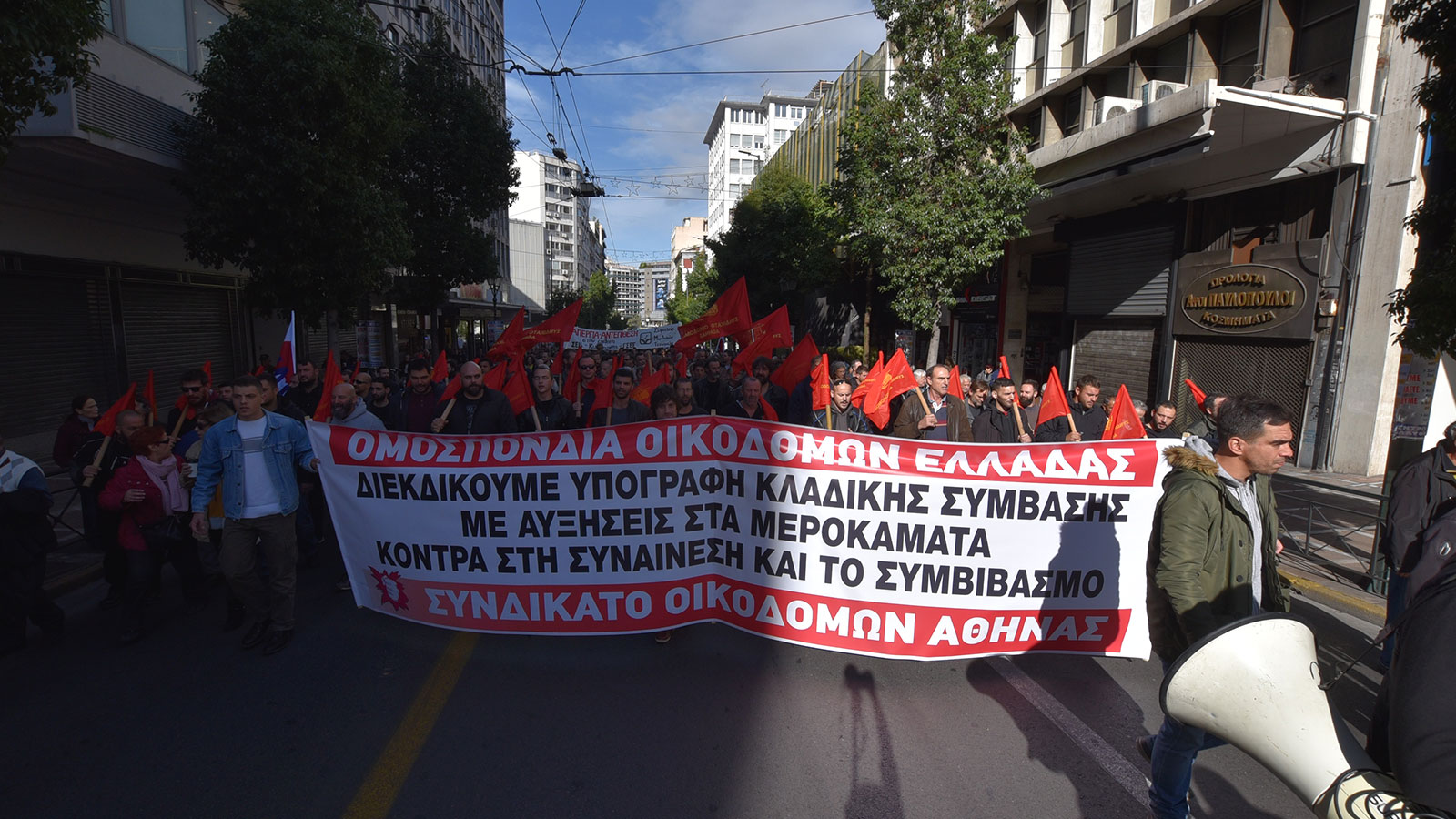 The builders’ block was especially militant, as this was the second strike in 15 days for them. 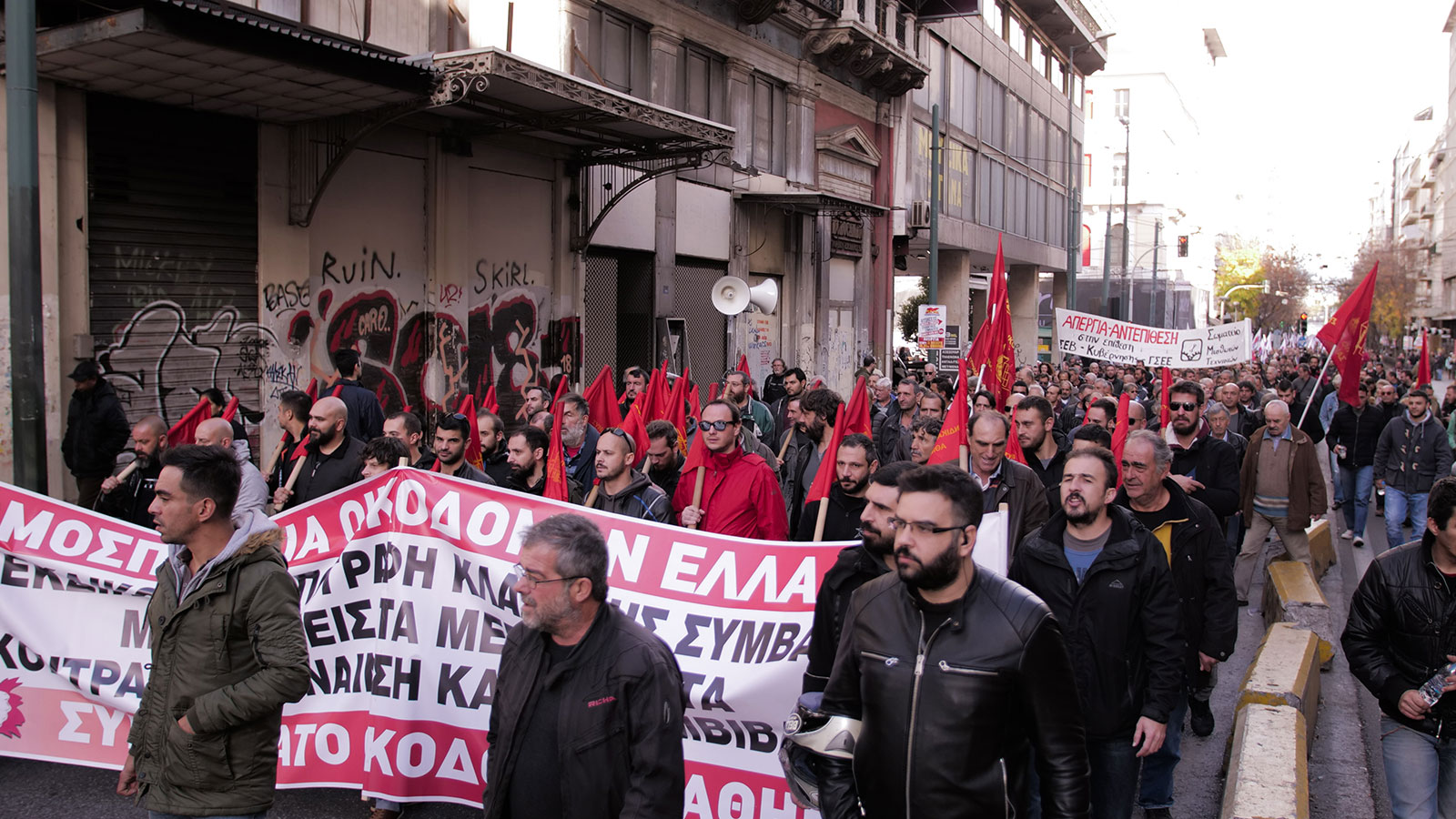 The workers of Greece, both in the private and the public sector, sent a decisive message to the Greek government and the employers, that they will not settle for crumbs, and that they are fighting for the signing of a sectoral Collective Agreement with salary increases.