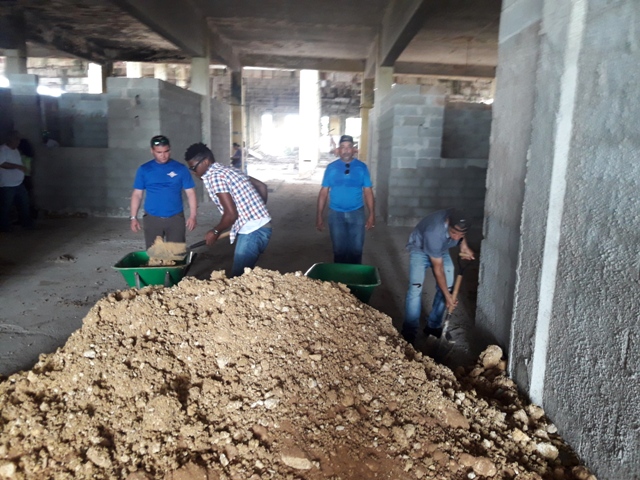 On the occasion of the XXI Congress of the Central Organization of Workers of Cuba (CTC), the National Union of Construction Workers (SNTC) of Cuba has launched the second phase of the Voluntary Work Days in the factories and main centers of the country.

The announcement was made during a meeting at the completion of the work on the El Vaquerito building site, in the Havana municipality in Santiago de las Vegas, which involves the development of a large building and the construction of 500 homes. The meeting was attended by the workers of Empresa Contingente Blas Roca Calderío, the main contractor, by representatives of other entities of the building sector and of non-agricultural cooperatives, as well as by members of the SNTC National Committee.

The meeting was an opportunity to highlight the provinces that achieved the best results in the first phase: Ciego de Ávila, Las Tunas, Santiago de Cuba, Holguín, Camagüey, Pinar del Río and Matanzas, but also to mention the best individual scores.

Carlos Antonio de Dios Oquendo, General Secretary of the National Union of Construction Workers, declared that each voluntary contribution must answer to a real need and has to be useful, so as to guarantee concrete results.