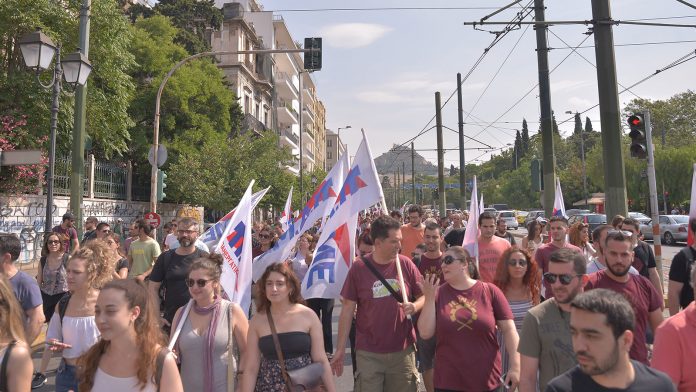 On Wednesday, June 19, the workers in Hotels-Tourism gave a militant response to the hotel
owners with a strike in major tourist centers of Greece, against the closing of big hotels. 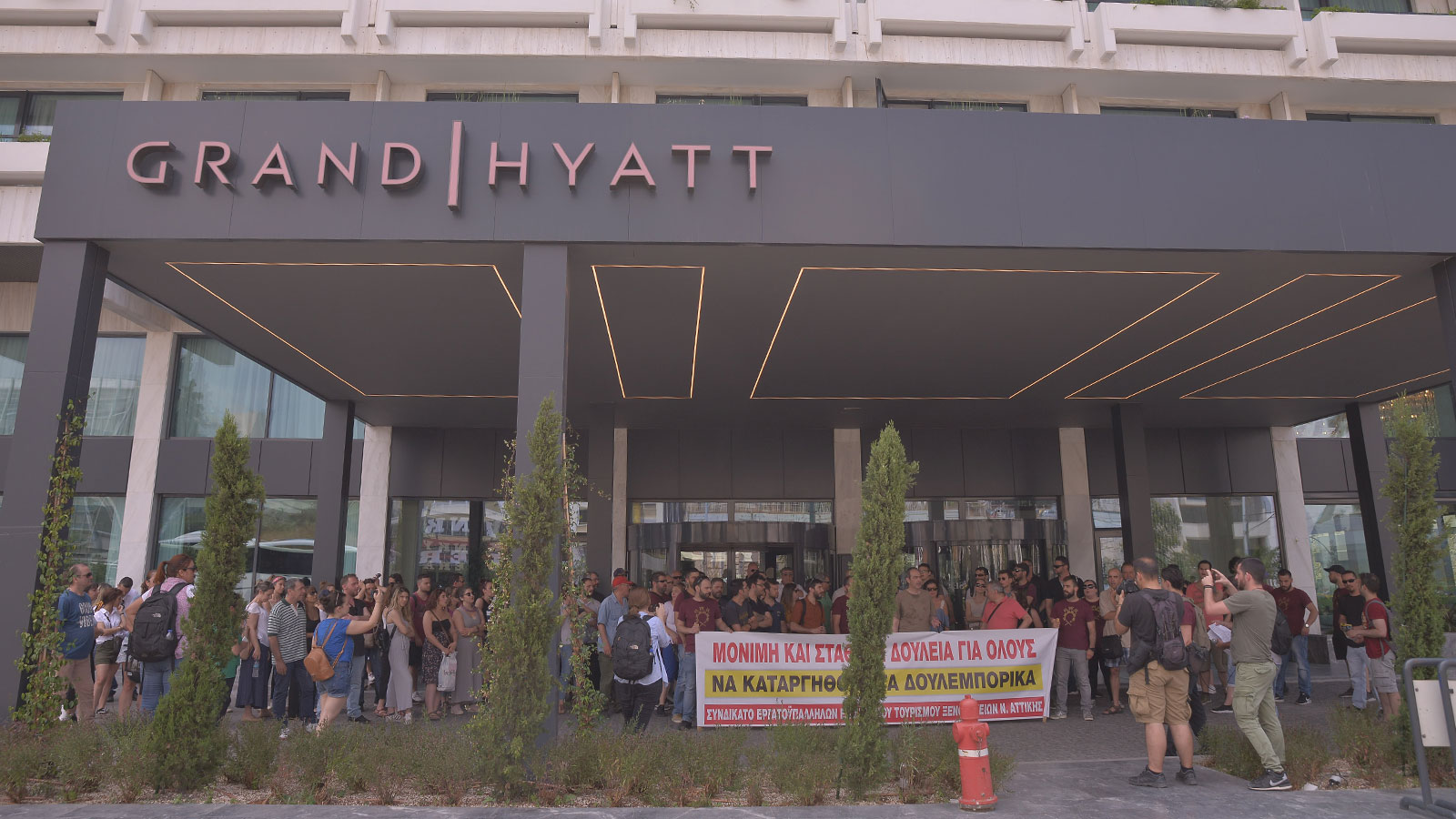 Picket lines where placed in Athens in front of Hotels such as HYATT, HILTON, MARRIOT and
other big hotel multinationals, but also in Corfu, Thessaloniki, Patras and other cities. 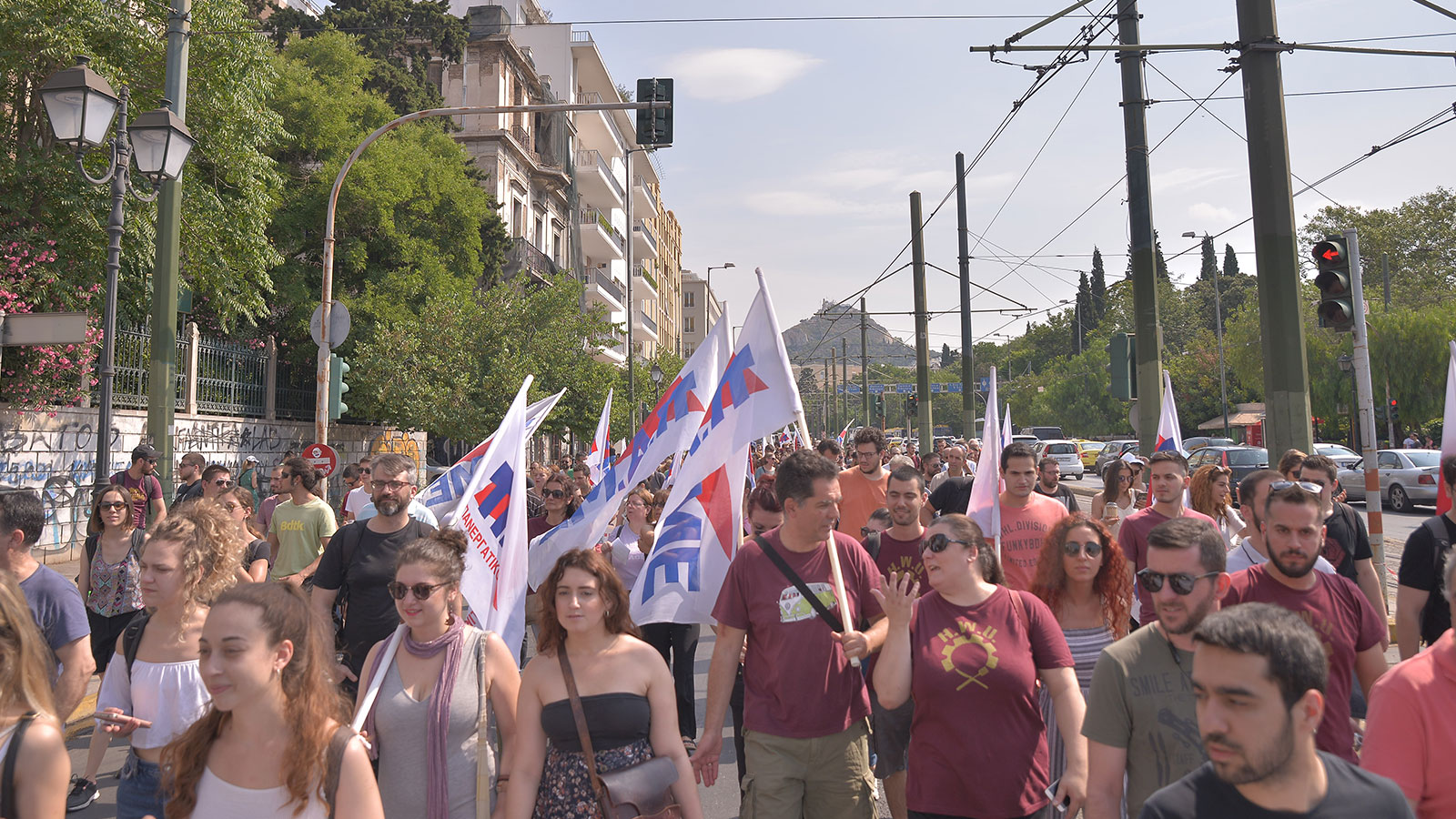 The workers in Hotels responded to the escalating attack of the employers who profit from the
millions of tourists arriving in Greece, while continuing the brutal exploitation of hotel workers whose majority works without Collective Contracts and without rest during tourist season. 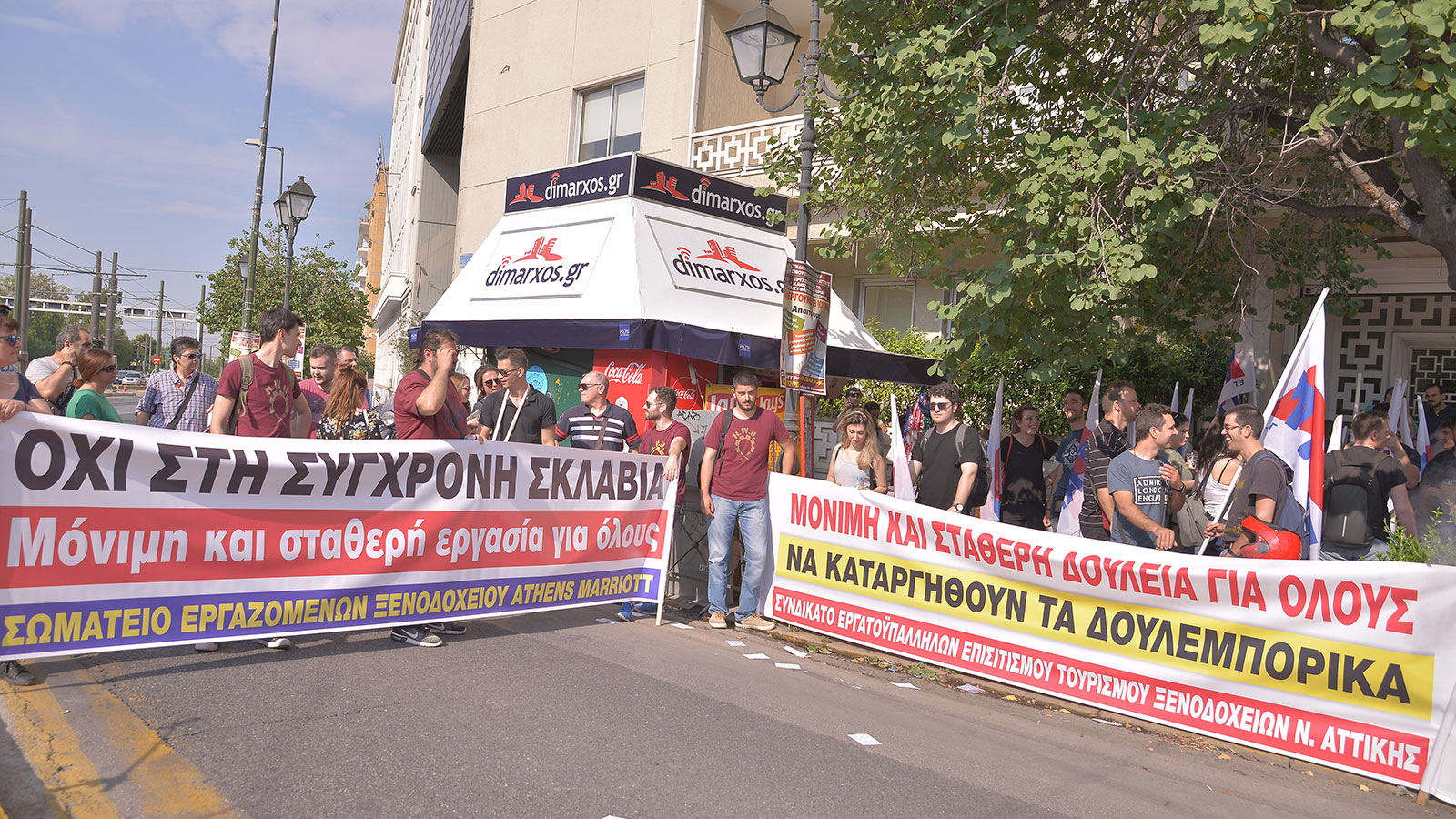 The Unions in Athens protested at the Ministry of Tourism and the Association of Hotel Owners. 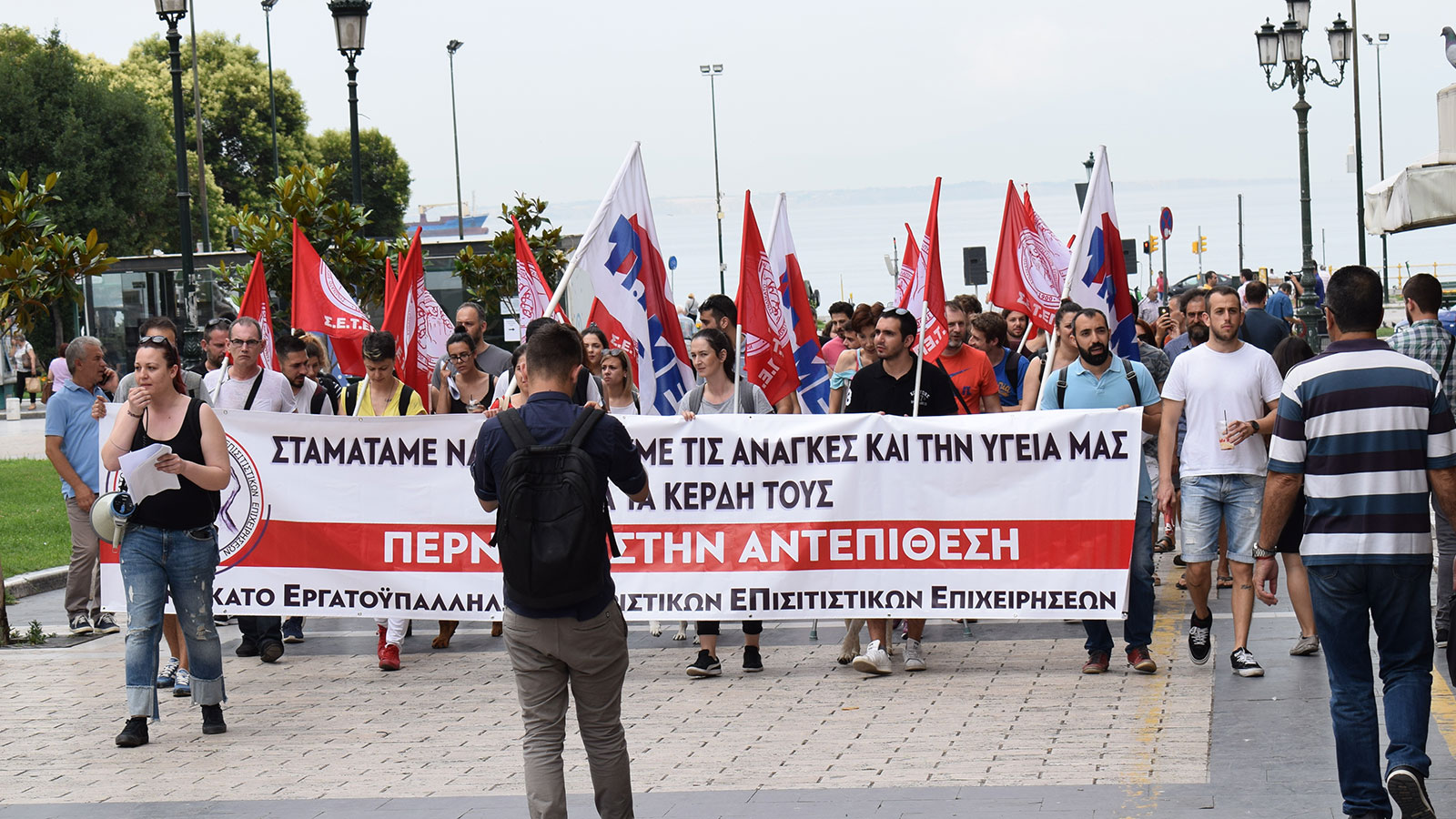 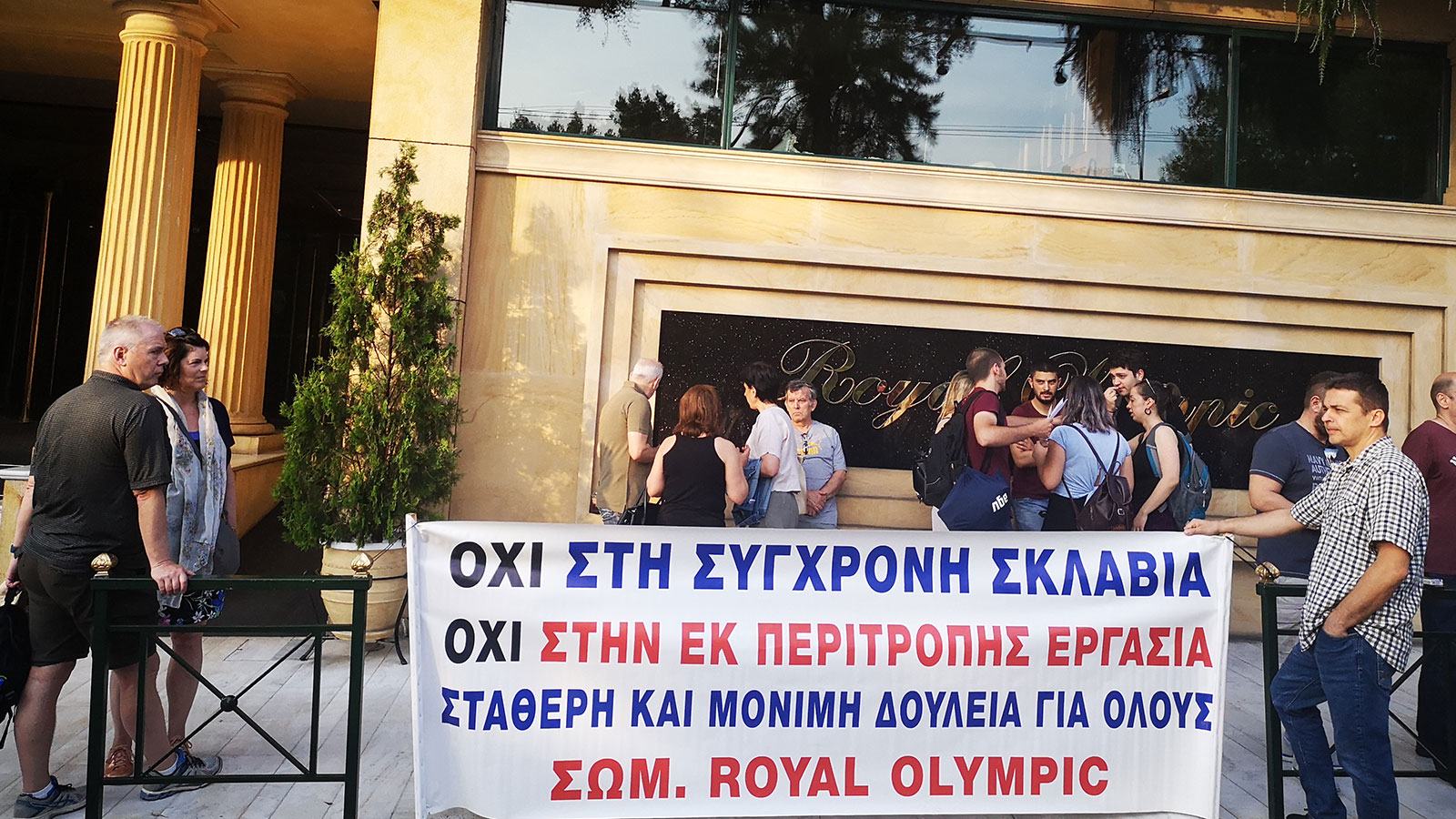