Message of solidarity and support for the March against crime and insecurity organized by the CGTP and FTCCP, on November 19, 2015 in Lima, Peru

On behalf of the UITBB and all its affiliates we express our adhesion to and our full support for the objectives of the March against crime and insecurity of November 19, 2015.

We protest against the acts of criminal violence, assault, extortion, attacks on sites of public and private works, numerous massacres and persecution of Peru’s workers, of union leaders of the class based trade union movement class, headed by the General Confederation of Workers of Peru (CGTP) and the Federation of Workers in the construction of Peru (FTCCP).

We demand from the authorities of that country to take all necessary measures to stop such crimes, to prosecute and convict the perpetrators of these criminal acts. A country in which trade union rights, labor and democratic rights are not respected and implemented cannot be considered a democratic country.

We reiterate our fraternal solidarity to working women and men of Peru, to their militant class based trade unions.

United in the struggle for fundamental political and trade union rights!

United to conquer and defend the right to live in peace and freedom! 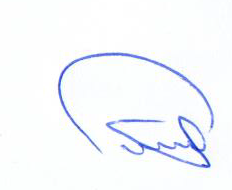