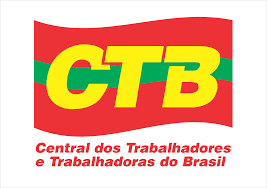 Popular Front and Fearless People’s Front: Democratic and class-oriented movements that gather CTB, CUT, Intersindical, UNE, MST among other organizations along with progressist parties of Brazil

We don’t accept the coup against democracy and our rights! We will defeat the coup on the streets! This April 17, the date on which we remember the Massacre of Eldorado dos Carajás, will enter once again in the history of Brazil as a day of shame. This is so because a circumstantial majority of a Chamber of Deputies that is stained by corruption dared to authorize the fraudulent political trial against the President of the Republic, who isn’t responsible of any crime. The conservative and reactionary political and economic forces that promoted this farce aim to annihilate the labor and social rights of the Brazilian people. This sector is made of businesses, political actors such as Eduardo Cunha (who is accused in the Supreme Court for the crime of corruption), parties that were defeated in the polls like the PSDB, and foreign forces that are interested in plundering our resources and privatizing our state companies (such as Petrobras, where they intend to take hold of the multinational Pre-Salt area). And they carry out their plan with the help of a media coup, with the Globo network at the center of the ideological propaganda and the reporting of a judicial and police operation that attacks certain parties and leaders while protecting others. This is why the Brazil’s Popular Front and the People Without Fear Front call the workers of the cities and the farms and the democratic and progressivist forces, and everyone else, all lawyers, artists, and religious people, not to leave the streets and continue to fight against this coup through all forms of protest within and outside the country. Now we will exert pressure on the Senate, the institution that will decide on the destitution of President Dilma Rousseff under the leadership of Minister Lewandowski of the Supreme Federal Court. The resistance continues, against the coup, in defense of our right that were earned through the struggle, against what is being done in the name of a false fight against corruption and the baseless accusation against the President. We, the Brazil’s Popular Front and the Fearless People’s Front have already said that we won’t acknowledge the alleged legitimacy of a government of Michel Temer, as it would be the result of an institutional coup, which is what the majority of the Chamber of Deputies wants to do by approving the admissibility of the coupist impeachment. We won’t acknowledge it and we will fight this illegitimate government, we will fight each of the measures that it adopts against our jobs and wages, social programs, and the labor rights we conquered, and we will fight in defense of democracy and national sovereignty. We will continue the fight to reverse the coup, which is now in course in the National Senate, and to reach complete democracy in our country, which is currently going through a deep reform of its political system —the real way to effectively combat corruption. In the history of our Republic, in the many struggles there have been, the forces of the people and democracy have suffered setbacks, but then, we achieved victory. The same will happen now: we will win the coup on the streets! Therefore, our struggle will continue with work strikes, activities and occupations in the next few weeks, plus the realization of a great National Assembly of the Working Class, next May 1st.
The fight goes on! We won’t go back! Long live democracy!