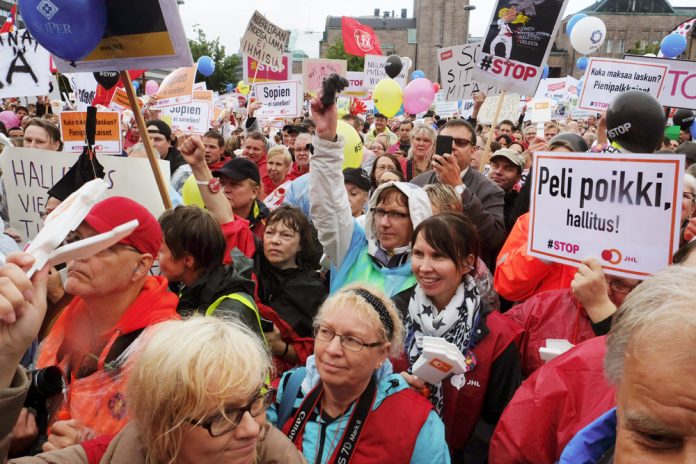 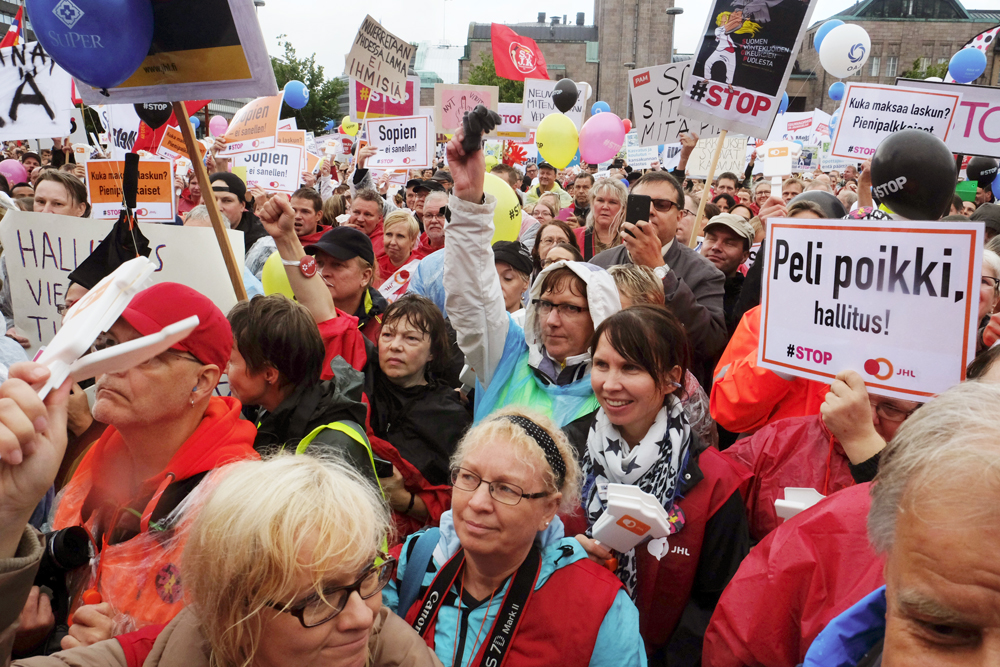 Message to the organizers and participants in the Helsinki demonstration

On behalf of the Trades Union International of Workers in Construction, Wood and Building Materials’ Industries UITBB affiliated with the World Federation of Trade Unions, representing millions of workers on all continents, I wish to convey to you warm greetings of solidarity and support for your collective mass action against the disastrous austerity policies imposed by the EU and obedient governments around Europe.

Practice in countries such as Cyprus, Greece, Portugal, Ireland and Spain have shown the nefarious consequences of such policies for the vast majority of the population and in particular for all working people. They have led to massive unemployment and poverty, to the dismantling and destruction of public social security systems, drastic reduction of pension rights, cuts in public spending for health, education, culture, etc.

The way in which the EU and its ruling circles have treated and continue to treat in particular Greece, its workers and in fact the entire nation, has revealed the true nature and role of the European Union and its present treaties: it’s a machine of capitalist political and economic domination, which shows total neglect and disrespect for the democratic will of entire nations, which does not hesitate do cut political, economic and social rights of the working people to defend at any cost the interests and huge profits of banks, multinationals, financial circles and their owning class. These policies represent an alarming danger for the people in Europe, for peace and security.

Our UITBB, which has had its headquarters in Finland since its creation in 1949, acts to unite workers of our trades in Europe and globally in action against austerity policies, against xenophobia and racism; we demand an immediate end to austerity policies, public investments and creation of jobs, decent salaries and income for working people, decision-making rights for workers inside companies, respect for trade union and democratic rights, etc.

The only way to resist and to combat these destructive policies is militant, democratic, international solidarity and unity in action of all workers, of all exploited and marginalized people, of employed and unemployed, of youth and women, of natives and immigrants.

Resistance is growing in Europe and in the world.

Together with you we say:

No to racism and xenophobia!