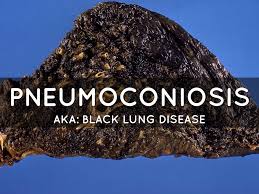 Commission on Occupational Accidents and Diseases

I would like to present our initiatives for compensation of occupational diseases in construction industry, particularly vibration disorder and dust lung disease, and our actions aimed at preventing these diseases.

Since 1975, our union has been working on the problem of vibration disorder caused by the use of rock drills, chainsaws and other vibration tools in building and forestry worksites, for allowing the victims to be fairly compensated and re-integrated into society, and above all, for preventing the recurrence of this work-related disease.  We have been also working on initiatives for the relief and compensation of victims of the so-called “dust lung disease”, a disease caused by inhalation of fine particles on tunnel digging sites.

At present, there are about 4,200 vibration disorder sufferers and 3,800 dust lung disease patients among our members.  These 8,000 ex-workers, while receiving medical treatment to try to recover their health and also to return to work in the case of vibration disorder patients, are energetically conducting actions for getting drastic prevention measures established, including court struggles against the companies and the state.

The union members who are occupational disease patients (ex-workers) are, in their majority, people from rural areas who had left their homes and worked away from their families in different building or forestry worksites across the country.  They worked in poor working conditions and fell victim to occupational diseases.  Many of them did not join the union when they were active: they were so-called non-organized workers.

When they were working, they did not realize that vibration disorder and dust lung are dreadful diseases that seriously damage their health, since these diseases developed after they had left the worksites. The workers were not aware of the connection between what they were suffering from and their work and when they fell ill after having left the worksites, they did not know for a long time that the damage they incurred from their illness is subject to workers’ compensation insurance.  They came to our union seeking for help when they knew about our campaign for the “defense of workers’ compensation insurance and application of official compensation guidelines”.

Our Initiatives regarding Vibration Disorder

Around 1975, a campaign on vibration-related disorder was initiated by forestry workers represented by the former rural workers’ union in Kochi prefecture. Soon, the campaign spread nationwide as an initiative on workers’ health issues.  The campaign was taken up also by construction workers who were concerned about the effects of vibration on their health, because they often used rock drills.

Our union has focused its campaign on the compensation for vibration disorder sufferers and their re-integration in society as well as the prevention of such disorder.  As for the compensation, we demand that an adequate relief be provided, based on the standards defined by the governmental notice and the respect of treating doctor’s diagnosis.  With the cooperation of many health institutions, we have succeeded in ensuring phased medical treatment to allow the sufferers to continue to work, with full-day medical care leave or part-time care leave guaranteed.  In the area of prevention, we demanded a restriction be put on the hours of vibration exposure and improvements in work tools and machines for reducing their vibration levels.  We have achieved certain progress for the prevention, including limitation of exposure time to 2 hours a day, mandatory health check at employment and introduction of machines in work processes that had been done by men.  Regarding social reintegration of workers, we demanded that a public job post adapted to the abilities and physical condition of each worker be secured.  We have thus won the creation of a public fund for social reintegration as well as a public subsidy for assisting those who need facilities for establishing their own businesses.  There are many union members around the country who have succeeded in returning to work by using these institutional assistance measures.

Our Initiatives for Dust Lung Disease

Dust lung is said to be an incurable disease.  For this reason, in addition to the relief provided by the compensation insurance, there is a “special law on dust lung disease” that mainly provides for workers’ health control.  Despite of the existence of these institutions, the reality of construction workers on worksites with risk of exposure to fine particles, especially tunnel construction sites, remains deplorable. Most of these workers are from rural areas and employed by sub-contractors that form a multi-layered sub-contracting system, specific to building industry.  Workers at the bottom of that structure contract works collectively in groups. They are paid on result-basis which is considered to be an incentive pay system.  In this situation, health control of workers prescribed by law is almost inexistent.  In 1996, we filed a compensation claim lawsuit against the companies responsible for dust lung cases under the slogan “Apologize! Compensate! Eliminate Dust Lungs!”  In 2002, we filed lawsuits in 11 district courts across the country, this time not only against the companies but also the state.  Through these legal battles, we are trying to hold the state responsible for dust lung for the following reasons: the state strongly promoted the construction of tunnels as one of the most important elements of transport network development policy, deemed essential for the postwar reconstruction of the country; the state, along with local public organizations (municipalities) placed orders of the major tunnels and they both are responsible and have the power for directing, supervising and regulating construction operators.

For efficiently conducting and coordinating these actions, Kenkoro has set up a commission on occupational accidents and diseases.  For dust lung disease in particular, we have established a headquarters for the struggle for the eradication of “tunnel dust lung” to focus more our struggle on this issue.  We believe that we can better develop this struggle if it is built on the gains of our many past struggles and campaigns.  This is why, in addition to the legal actions, we carry on various initiatives outside the courts, using traditional methods such as nationwide signature drives, getting local assemblies adopt resolutions supporting our cause, and getting national and local assembly members sign our petition etc.

We also work jointly with other organizations and groups that are carrying on battles in courts for making our legal actions known and organize once a year simultaneous street actions across the country to appeal to the public.  We have organized 16 such actions so far.  Backed by these initiatives, we have succeeded in getting the “Guidelines for the prevention of dust exposure in waterworks and other construction works” established, issuance of health check handbook that gives its holders the right to free health check-ups and improvements in the reparation schemes for occupational lung cancer.

Currently, Kenkoro’s commission on occupational accidents and diseases is devoting special effort to organizing construction and forestry worksite workers into the union. Considering that our past initiatives aimed mainly at the observance of the law on occupational accidents and neglected safety and prevention of such accidents, we now focus on ensuring safety and security on our workplaces.  As we believe that it is workers themselves who should be the main players in carrying these initiatives forward, we solicit them to join the union so that they will be able to demand in a single voice adequate measures for work safety and prevention of occupational diseases on their workplaces.  We are committed to carry on this struggle, as a means to eradicate occupational diseases.