Thousands of workers stormed the national capital and assembled at Parliament Street in the national capital Delhi, participating in ‘mahapadav’ on 9th November 2017. They enthusiastically endorsed the call of the speakers to intensify the struggle against the anti-worker, anti-people and anti-national policies of the BJP-led government and prepare for a countrywide indefinite general strike if the government fails to concede to their demands.

Workers from all over the country representing many sectors -public and private-, permanent employees and contract workers, state and central government employees, banks, insurance, telecom, railways, defence, and the various schemes of the government of India, participated in the ‘mahapadav’.

Leaders of the federations spoke in the second part of the first session. What was very significant was that the leaders of the two major national federations of the railway employees – Shiv Gopal Mishra, general secretary of All India Railwaysmen’s Federation and Raghavaiagh, general secretary of National Federation of Indian Railwaymen – have announced that they would join the indefinite strike whenever the joint trade union platform gave the call. Leaders of several other all Industrial federations also joined them in endorsing the call, by addressing the huge gathering and announcing that they would join the indefinite country wide general strike whenever the joint trade union platform made the decision. 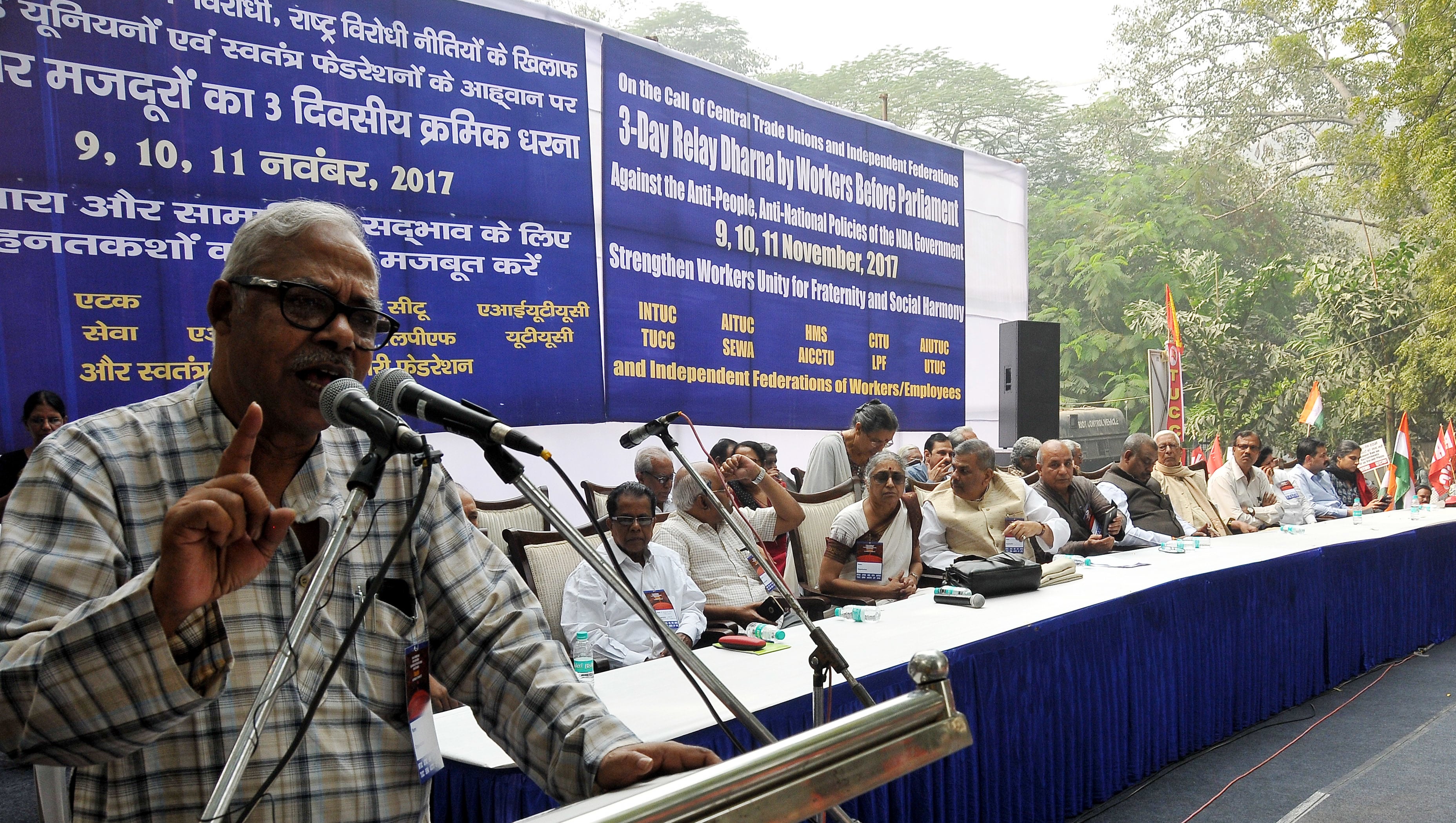 Solidarity with the Workers and People of Cuba – End the...