A huge rally in Kolkata, India was organised in support of the upcoming All India General Strike, with the basic demand being the cancellation of the proposed NRC (National Register of Citizens, CAA (Citizen Amendment Act) and NPR (National Population Register) which is initiated by RSS-led Modi Government to divide Hindu, Muslim and other religious people 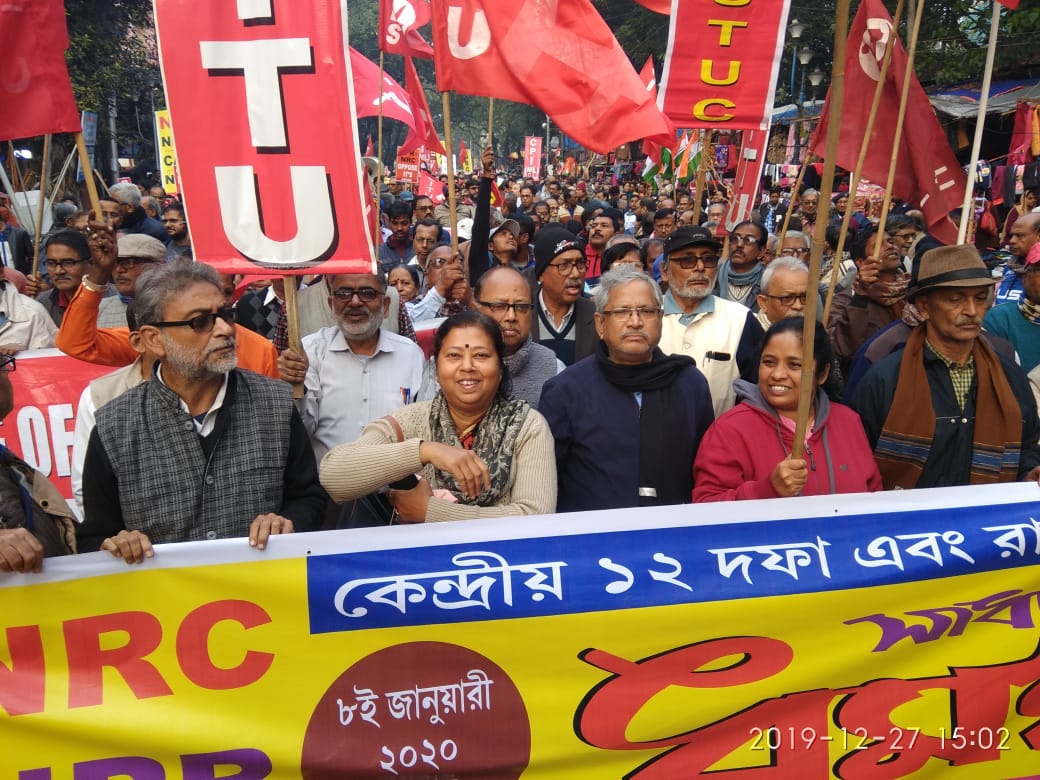 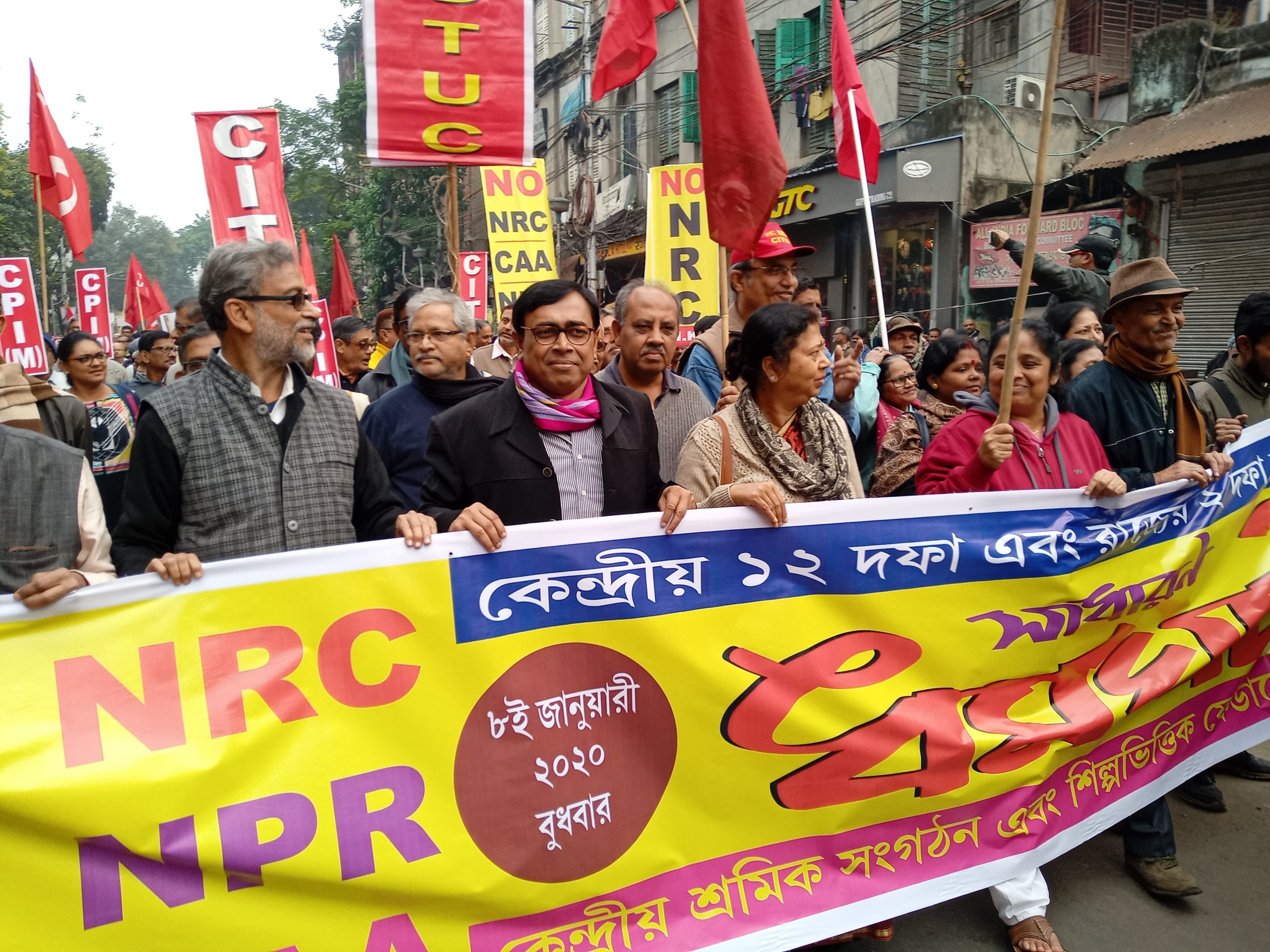