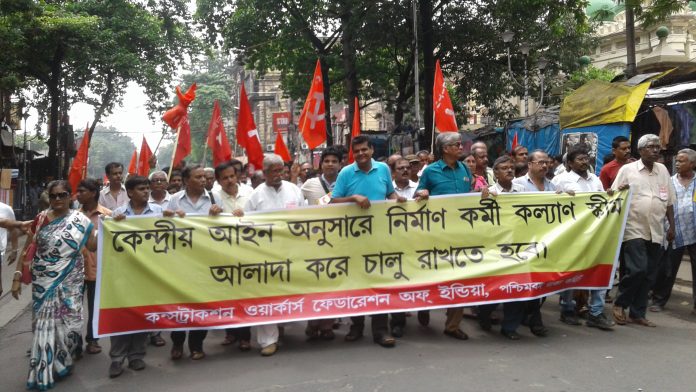 Thousands of Construction workers participated in a huge rally in Kolkata, West Bengal, demanding the immediate repeal of the anti-labour social security act introduced by TMC government on 11th July, 2017.

Construction workers across the state took part in the rally. They gathered near the iconic Lenin statue near Dharmatala, in the heart of the city. From there, the rally started and ended in front of Big Bazaar mall in Sealdah station. Workers from the districts of North 24 Parganas, South 24 Parganas, Howrah, Hooghly, Kolkata, Bankura, Nadia, Murshidabad and east Midnapore hit the street. 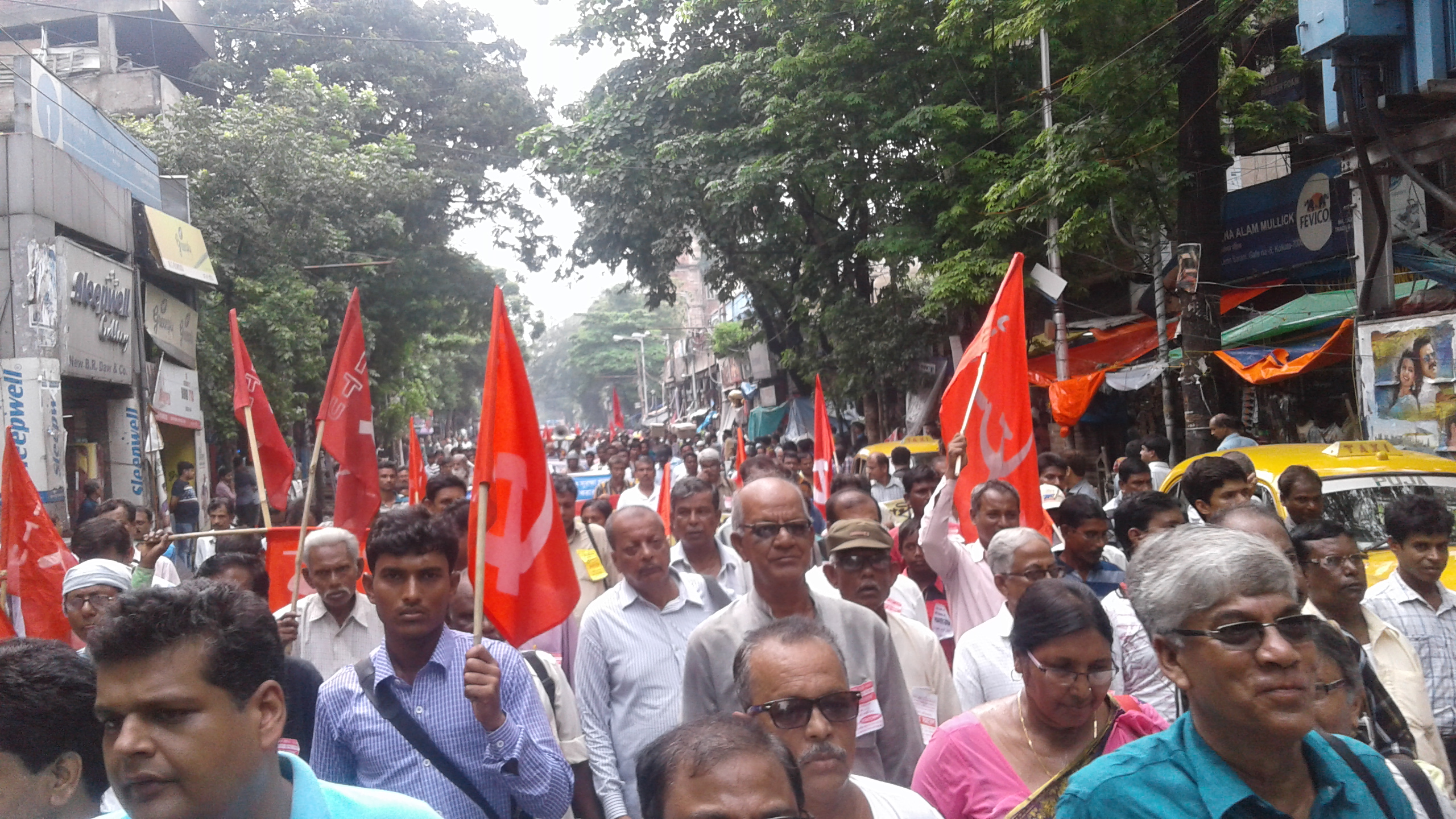 In Sealdah station, Comrade Dipak Dashgupta, National secretary of CITU and president of CITU state committee, addressed the gathering. He said that Mamata Banaerjee’s TMC Government is following on the neoliberal path of the Modi government. The previous left government set up the welfare board for construction workers and added several features as far as social security is concerned. Now, TMC government is looting workers’ rights by merging the several social security scheme in a single scheme. Comrade Debanjan Chakrabarti, General Secretary of CWFI, said the way TMC government merged the social security schemes into one, is undemocratic. Central government schemes cannot be merged with state government schemes, and this kind of maneuver by the TMC government is nothing if not anti-labor and fraudulent. He said that CWFI will also file a case in Kolkata High Court, challenging the state government decision. He also said that, if needed, construction workers will go on strike. 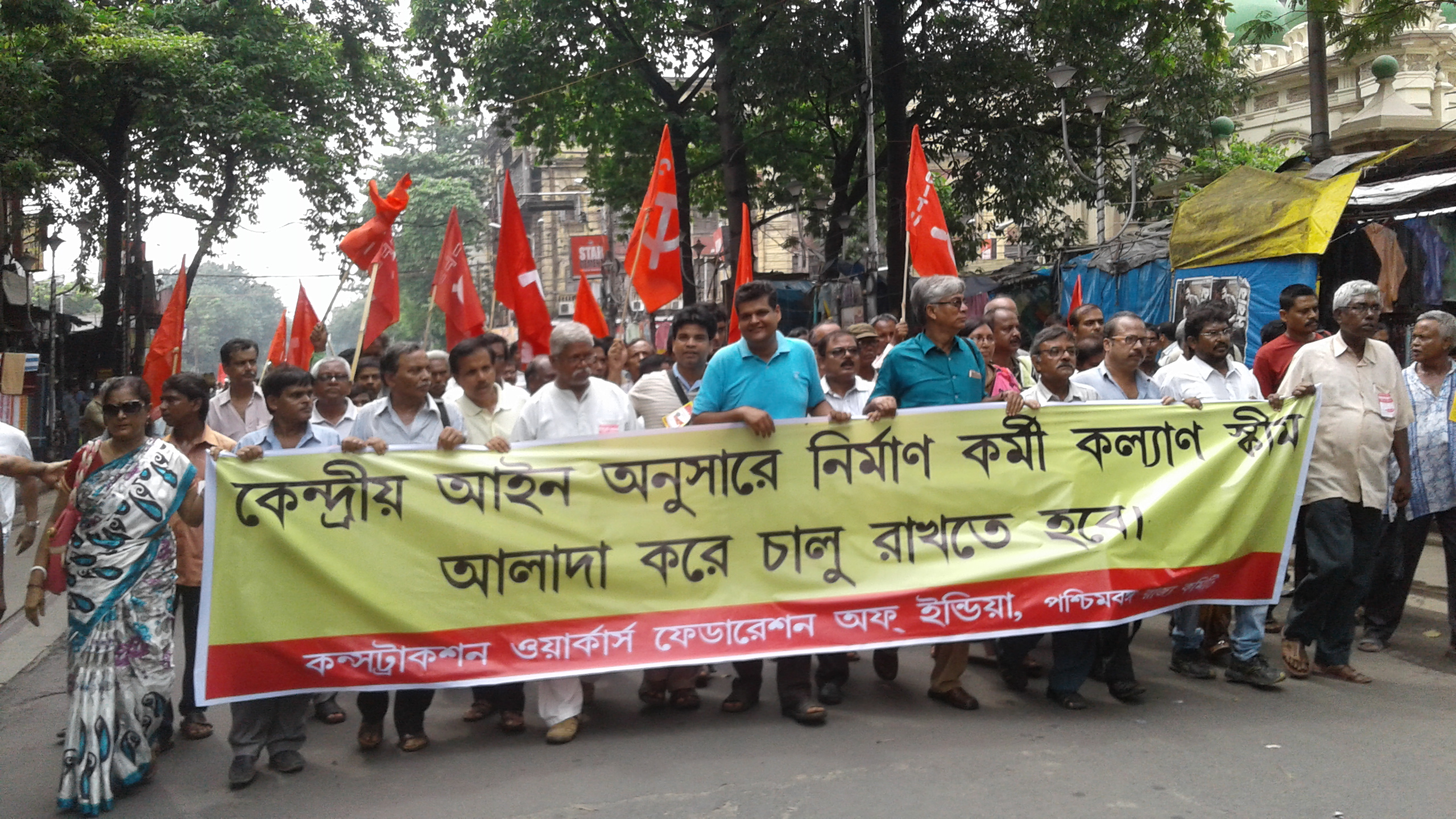