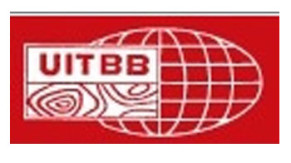 The UITBB is composed of trade union organizations of working people in the building, wood, building materials and allied industries. It unites within its ranks the organizations of workers in the industries concerned, without discrimination based on origin, gender, religion, political or ideological opinions, nationality or the economic and social system under which working people live.

Any national trade union organization representing workers in the industries concerned, may become a member of the UITBB, regardless of the international affiliation of its national centre.
The UITBB is an affiliate of the World Federation of Trade Unions. It fights against capitalist exploitation and any other form of exploitation and injustice, for social progress, human dignity, trade union rights and democracy, for peoples’ right to self-determination and for peace.

Considering that the basic interests of workers in the building, wood, building materials and allied industries are the same in all countries, the UITBB steadfastly works at all levels towards achieving and strengthening the most comprehensive unity of action for the realization of the demands of the unions and working people whom it represents.