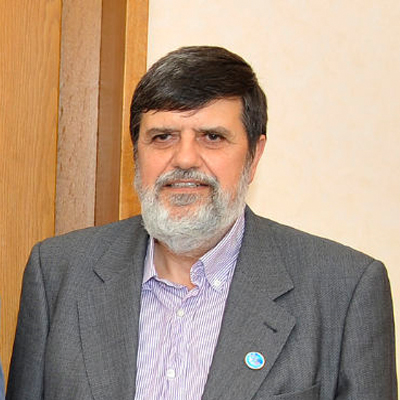 Quim Boix, Secretary General  & José Mª Lucas, Responsible of Finances of the TUI of P&R of the WFTU

From the results of the World Economic Forum in Davos, held in this exclusive Swiss town, only conceived so that the cream of the world’s oligarchy is well, relaxed, that is, to say “in its cream”, and that can think, organize and co-rule the Economy of the rich in its more global, liberal and antipopular vision, from its luxury rooms and provocative measures of police protection. It would be necessary to be able to emphasize many aspects that would interest the world working class, the towns, the cultures of these people, the environment, and many things that interest humanity. Of all the reflections and agreements, two will focus our attention: the worrisome vision of the world situation held by this world oligarchy and its Union associates, theoretical, not practical, representatives of the interests of the working class they claim to defend with a boldness and cynicism sticking in the provocation, and two, the reason of the ITUC’s participation in the debates and conclusions of this World Economic Forum.

This meeting in Davos is designed to plan, to design strategies in line and to create new institutions and instruments of all kinds that allow to continue making the rich richer and the poor poorer and, consequently, they represent the high finances, the most powerful industrial, commercial and service sectors of the great capitalist countries and of the great institutions created by them.

Why are representatives of trade union organizations such as the ITUC present in this Forum? Theoretically they should not be, as they also theoretically represent the interests of the antagonistic class, and, therefore, it is neither this nor its natural space nor the framework of its activities. The answer cannot be other that they are because they are allies, they are traveling companions, they have the same or similar objectives, they cohabit and co-manage the same capitalist model and they are only here to visualize themselves before the world as palliatives of the consequences of the genocidal predatory activity of imperialist capitalism.

It is therefore a provocation to the working class and popular sectors that the Trade Union organizations attached to the International Trade Union Confederation (ITUC) attend the annual meeting of the WORLD FORUM in Davos, as they represent one of The quantitative and qualitative instruments of the application of the neoliberal policies that emerged in this and other Forums of the same or similar nature.

To justify their unjustifiable presence at the table of globalizing criminals, the ITUC members argue with low-paying explanations that are in these forums so that “the voice of the workers can be heard and thus be able to mitigate the disruption of the rich towards the poor.”

The so-called by bourgeois press, world trade union leaders, say they are deeply concerned about populism and xenophobia and call on the capitalist governments of all kinds, which are the co-managers of the model, and therefore are responsible for their results, that they take measures to alleviate so much misery created by them. These statements are pathetic and confirm that on a daily basis, and in all their union practices and political declarations, they support without ambiguity the capitalism that they appear to criticize. They point out with enormous doses of cynicism, that if this continues, “democracy and human rights” are being questioned.

Valter Sánches, Secretary General of the Industrial Workers branch of the ITUC in an article published recently and entitled “Why I went to Davos”, with great naivety or cynicism explains his participation in the Davos meeting in the following terms, and says golden pearls such as: “By participating in the World Forum in Davos, leaders of world trade unions not only have an idea of how elites think, but are also able to influence the Davos agenda“, “If we turn our backs on Davos, there would be no one to defend the voice of the workers, “or,” Davos is an initiative to develop a common vision on how societies can shape future production in a way that fosters prosperity, opportunity, environmental sustainability and social progress, inclusive and broadly based”.

Common? Does it state, is that for the leader of the ITUC, capital and labor have the same strategic interests in all the above-mentioned fields? That smells of protofascism.

As the cynicism of the ITUC reaches quotas difficult to overcome, Valter Sánches says goodbye with a “reflection” that produces vomiting. He says: “It is simply not enough to meet and talk about alleviating poverty and continuing to talk about equitable distribution, especially since at this moment eight men have as much wealth as 50% of the world’s population.” What are you talking about? What do the ITUC and its leaders propose with these statements? What about the need to fight? The need to end capitalism? Or to continue with the ideological ceremony of confusion, contradiction, opportunism and total complicity with the system.

From the direction of the TUI of the P&R of the WFTU we understand that only the struggle from class positions and around a struggling, anti-imperialist, deeply democratic Unionism and whose ultimate goal be the construction of socialism, can face, to win, the positions of ITUC’s accomplice trade unionists and their hitmen.