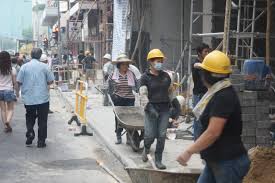 To move towards a new society is essential to struggle energetically and intransigently against all forms of discrimination and prejudice. In particular, the class based trade union movement has the task to put greater emphasis on the struggle for equality in the labour market, which is deeply marked by the double discrimination against women, people of colour, young and sexual minorities. Equal pay for equal work should be our flag. Discrimination is used by employers to raise the rate of exploitation of the working class. Yet it has to be said that the problem is much wider, it has its peculiarities and it does not limit itself to relations between capital and labour. Discrimination is related to the history of the formation of human society (patriarchal and slavery), it still is present even in the trade union movement and therefore it needs to be fought tackled inside the movement.

Women, people of colour and young people make up the contingent of the working population, which is most subject to unemployment, low wages, insecurity, violence. Female labour is given a subordinate place in the social division of labour: double shifts, precarious and poorly remunerated jobs, as is the case for women workers in construction. Persons of colour, men and women alike, suffer even more. In addition to the prejudices and hateful cultural discrimination of which they are victims, they earn far less than white men and women performing the same functions. According to ILO, the average unemployment rate among young people is 44.7%, and more than 50% of young employees receive up to two minimum wages in their countries.

Clearly, the capital draws huge profits from discrimination and uses discrimination as a divisive factor among the exploited. In Europe, the capitalists and right wing forces seek to blame immigrants for the crisis, spreading intolerance and xenophobia, the ingredients of neo-fascism. The emancipation of the working class in the world will not be complete without the emancipation of women and people of colour, without the rescue of the young and the end of intolerance, discrimination and prejudice. The unions should spare no effort to involve and represent this large contingent of the working class in the struggle, creating secretariats and specific departments and carrying out recurring campaigns against discrimination, for equality and the enhancement of women, of people of colour, of the young and sexual minorities.