At the call of the Construction Workers’ Federation of India (CWFI) around fifteen thousand construction industry workers from all over the country converged to the national capital, marched to the Parliament Street on 5th December 2019 and organized a powerful demonstration holding high red flags, festoons, banners and demand-bearing placards.

It is important to note that such a huge mobilization in Parliament Street by the workers from a single industry at the call of one single Federation is rare. And such achievement has been possible because of the massive campaign and propaganda activities carried out by Construction Workers Federation of India (CWFI), and its affiliated unions spread over the urban and rural locations of the country.  In the course of the campaign, propaganda activities, conventions, rallies, street corner meetings, and of course signature campaign were organized at state capital, district and block levels. Such activities in the states of Haryana, Punjab, Rajasthan, Himachal and Delhi were extraordinary. Obviously participation of workers from the northern states in the march was extraordinary.

Apart from the President, General Secretary and other leaders of Construction Workers Federation of India (CWFI), Tapan Sen, General Secretary, CITU and Members of Parliament E. Kareem, CPI(M) and M. Shanmugam, DMK also addressed the gigantic gathering of the workers.

It is to be noted that crores of construction workers of the country are going to be the worst victims of the Modi Government’s anti-worker policy of bundling-up all the 44 Labour Statues into four ‘Labour Codes’. In course of this retrograde act of the Government, fundamental trade union rights, benefits and facilities including Safety, Health and Social Security are either deleted or diluted substantially. The BOCW Act, 1996 and BOCW Cess Act 1996, which guaranteed the above mentioned benefits, are slated to be repealed and subsumed in two Labour Codes – Labour Code on Occupational Safety, Health and Working Conditions and Labour Code on Social Security and Welfare, in split format resorting to ‘cut and delete or dilute and paste, as the case may be, to satisfy the employers’ class.

A five-member delegation led by the President and General Secretary of CWFI met the Speaker of  Lok Sabha and submitted the petition on which mass signatures were collected from all over the country.

The immensely inspiring demonstration of the construction workers in Parliament Street has deepened their motivation and strengthened their resolve to fight the anti-workers policies of the Government, particularly the dismantling of the concerned Labour Laws. These rights and benefits concerning occupational safety, health and social security have been the achievements of long drawn struggle on the streets and sacrifices of the workers in the late 1980s. Such struggles were strengthened by taking up the matter in Parliament including moving ‘Private Members Bill’ by the then MPs of CPI (M) including Comrade Samar Mukherjee.

The immediate encouraging impact this action shall be undoubtedly reflected in the participation of construction workers in the forthcoming nationwide General Strike action called by the joint platform of Central Trade Unions and Industrial Federations. 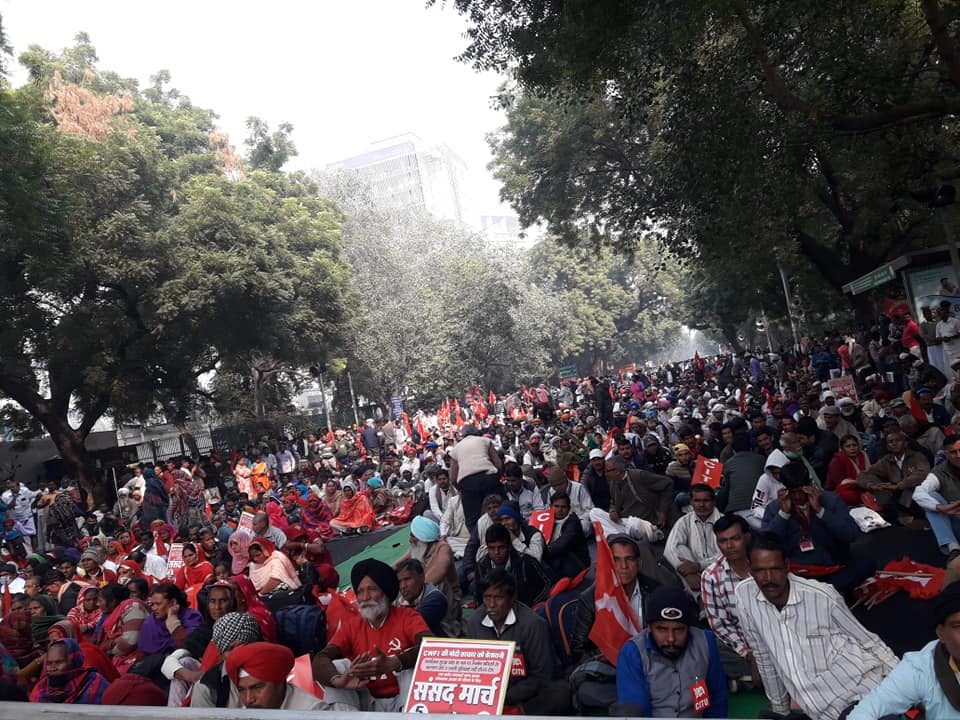 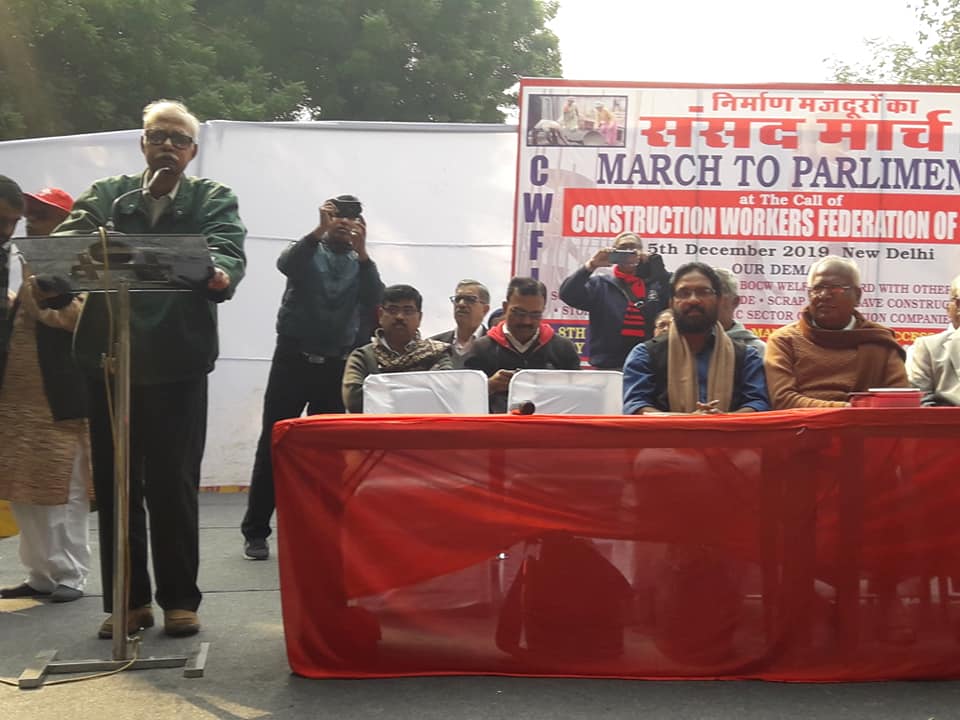 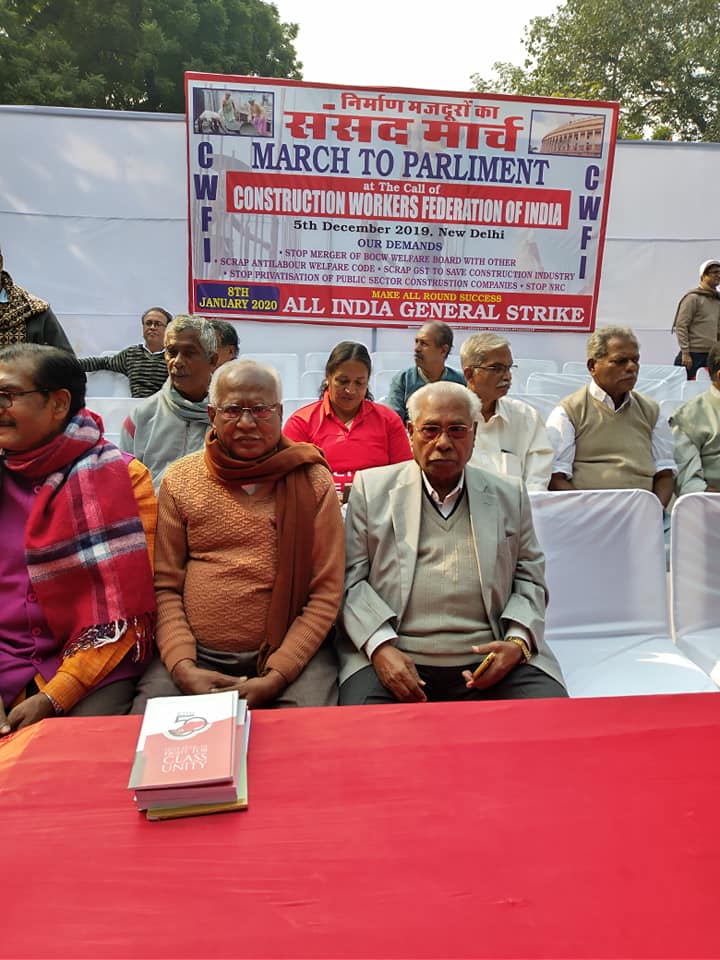