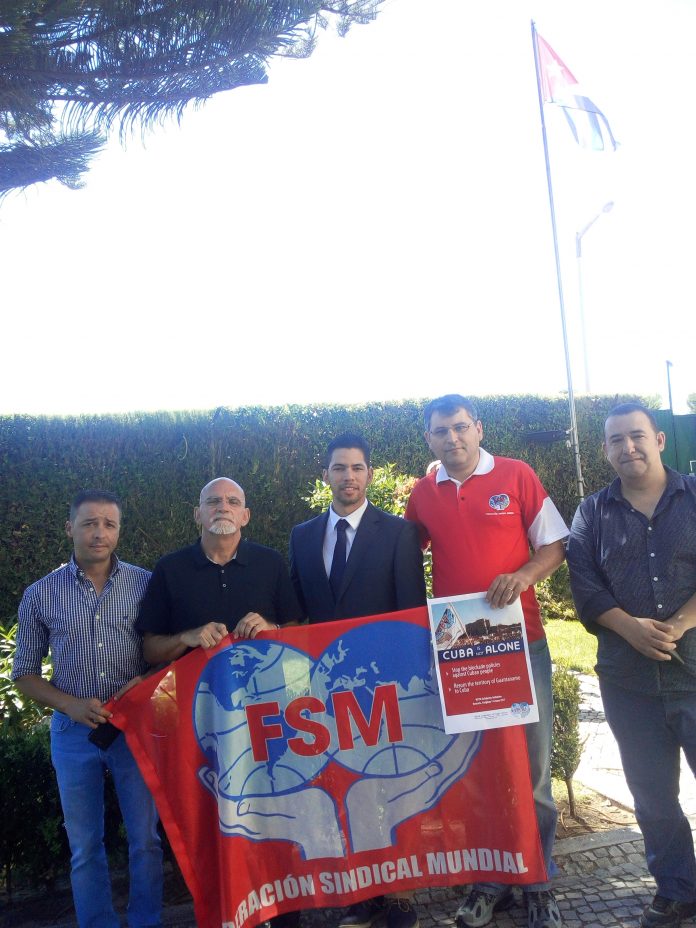 India: At the call of CITU Kolkata District Committee a workers meeting on “Cuba Not Alone” day on 26th July, 2017 in Kolkata, West Bengal, India. The meeting was presided over by veteran trade union leader Comrade Rajdeo Goala. The main speaker at this solidarity meeting was brother Santanu Dey, a renowned journalist. 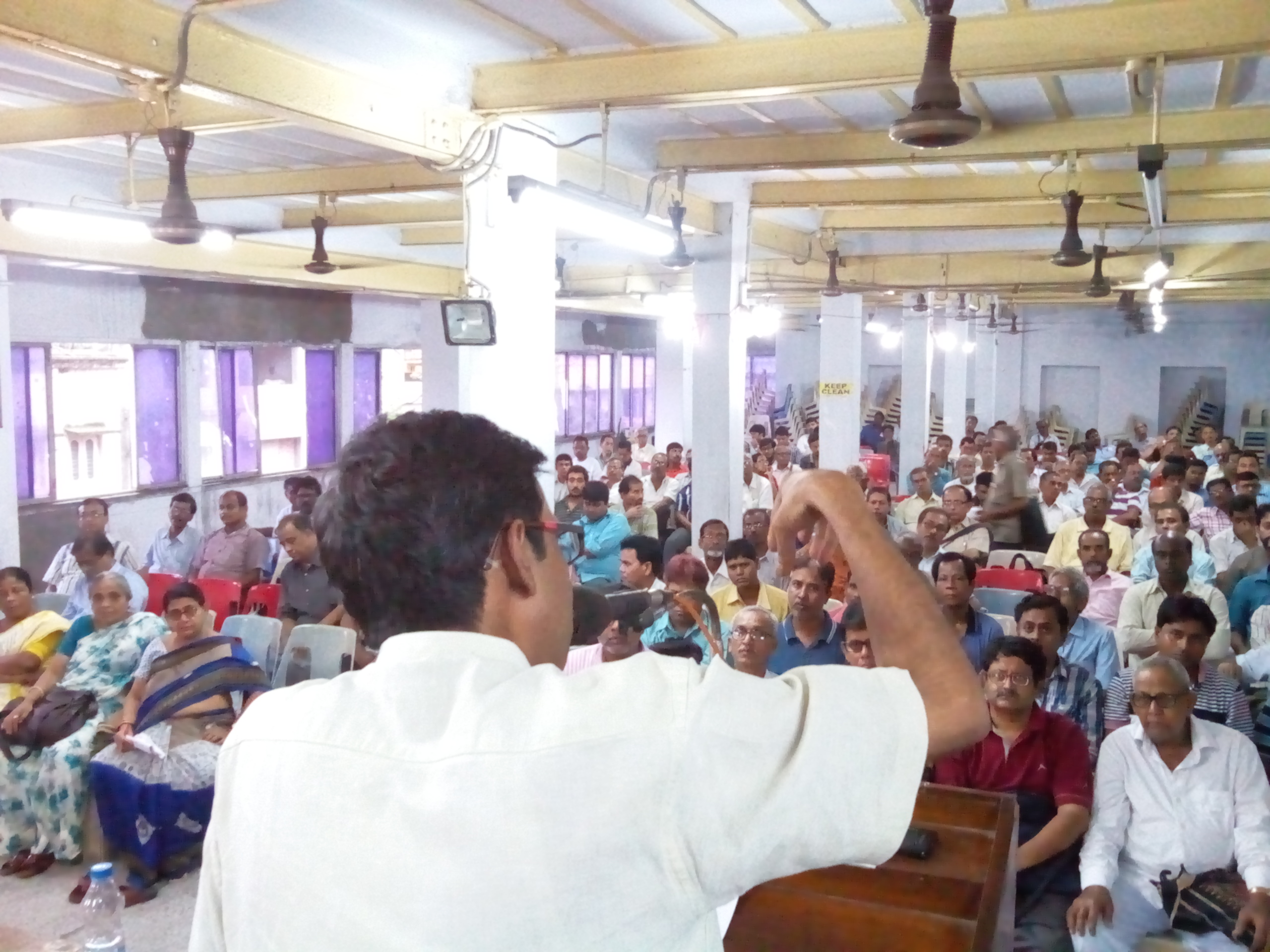 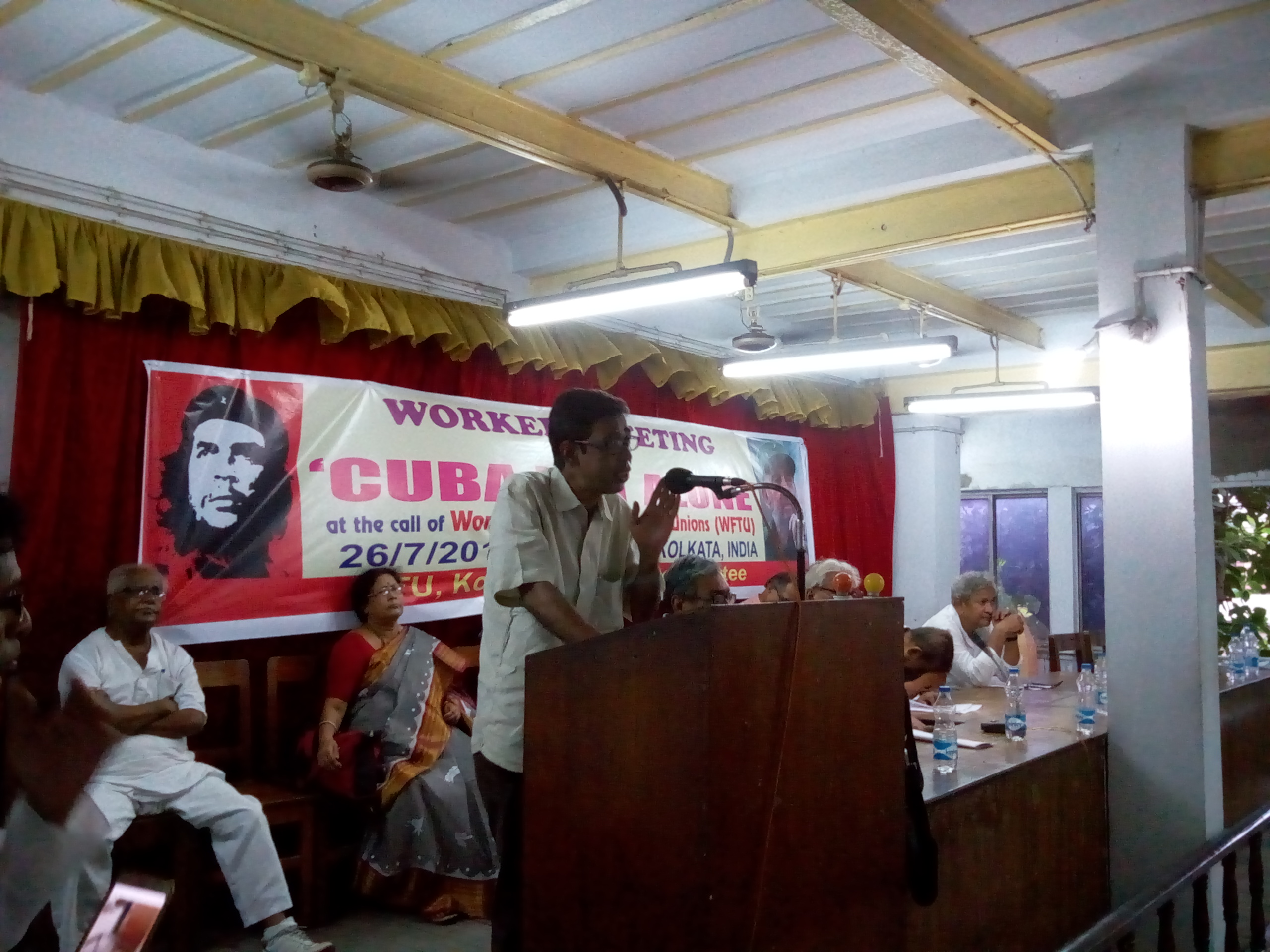 Portugal: An WFTU delegation went to the Cuban embassy in Portugal to deliver a letter of Solidarity with the Cuban People. This Action is part of the WFTU international day of solidarity with the Cuban people (July 26), which has as its motto “Cuba is not alone” in demanding an end to the blockade of Cuba and the return of Guantanamo to Cuban territory. 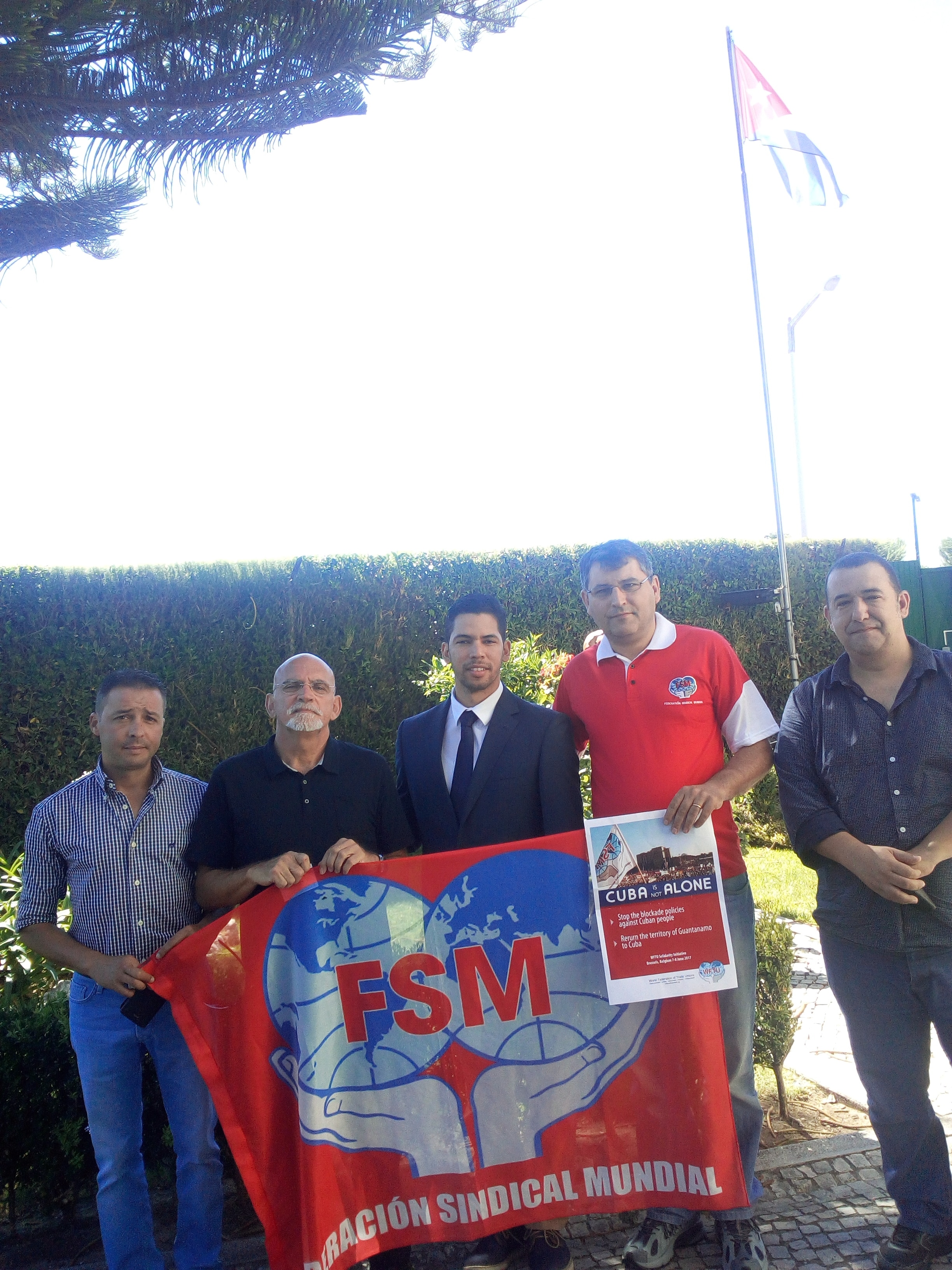 Pedro Milheiro, Member of the UITBB Secretariat
Cyprus: PEO’s General Secretary, Pambis Kyritsis and the delegations from Turkish-Cypriot unions, members of WFTU, visited the Cuban embassy in Cyprus where they delivered a resolution to the Cuban ambassador, expressing their support to the Cuban people. 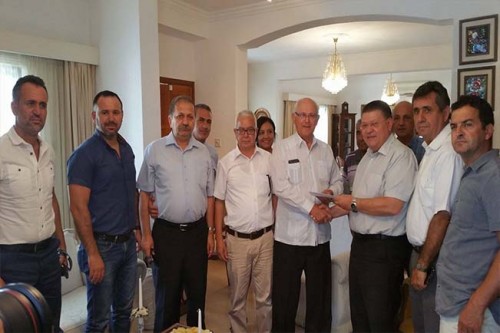