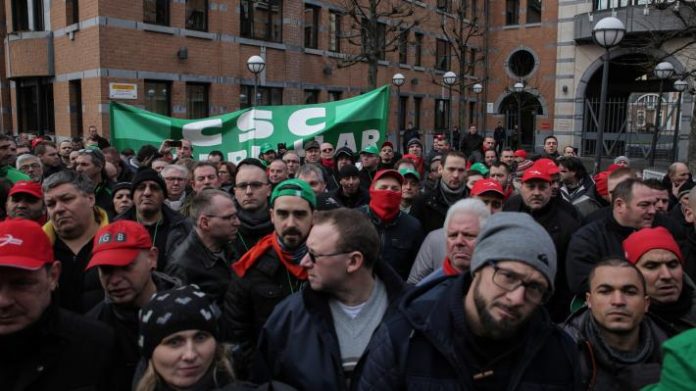 WFTU’s Secretariat issued a solidarity message for the workers in the multinational company “Caterpillar” in Belgium:

The World Federation of Trade Unions representing 92 million workers around the world, firmly stands by the side of the workers in the multinational “Caterpillar” who are in strike and fully supports their demands.

The Company in its effort to augment its profits has announced the dismissal of 2000 workers in Belgium, due to the transportation of the construction project to another company unit elsewhere. This is a common practice in all multinational companies which are trying to get rid of workers with rights and decent salary and contract new workers with less rights and lower wages in order to intensify their exploitation.

The WFTU calls the workers of Belgium and all its affiliates and friends to express their solidarity to the workers in Caterpillar.