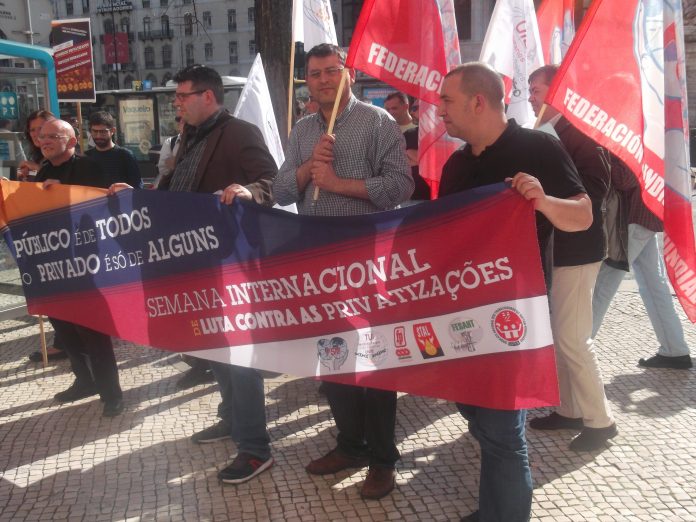 Trade unions from various sectors promoted a debate on privatizations on 6 April in Lisbon under the motto ‘The public is for everyone, the private is for the few’. The initiative, which was attended by representatives of workers and users, aimed at reflecting on the issue of privatizations in Portugal, analyzing the progress and setbacks in the various sectors and identifying common or convergent objectives in the struggle for the public management of essential functions and services. This initiative was organized by the National Federation of Public and Social Workers’ Unions (FNSTFPS), the National Union of Workers of Local and Regional Administration (STAL), the National Union of Railway Workers (SNTSF), and the Federation of Agricultural, Food, Beverages, Hospitality and Tourism (FESAHT). 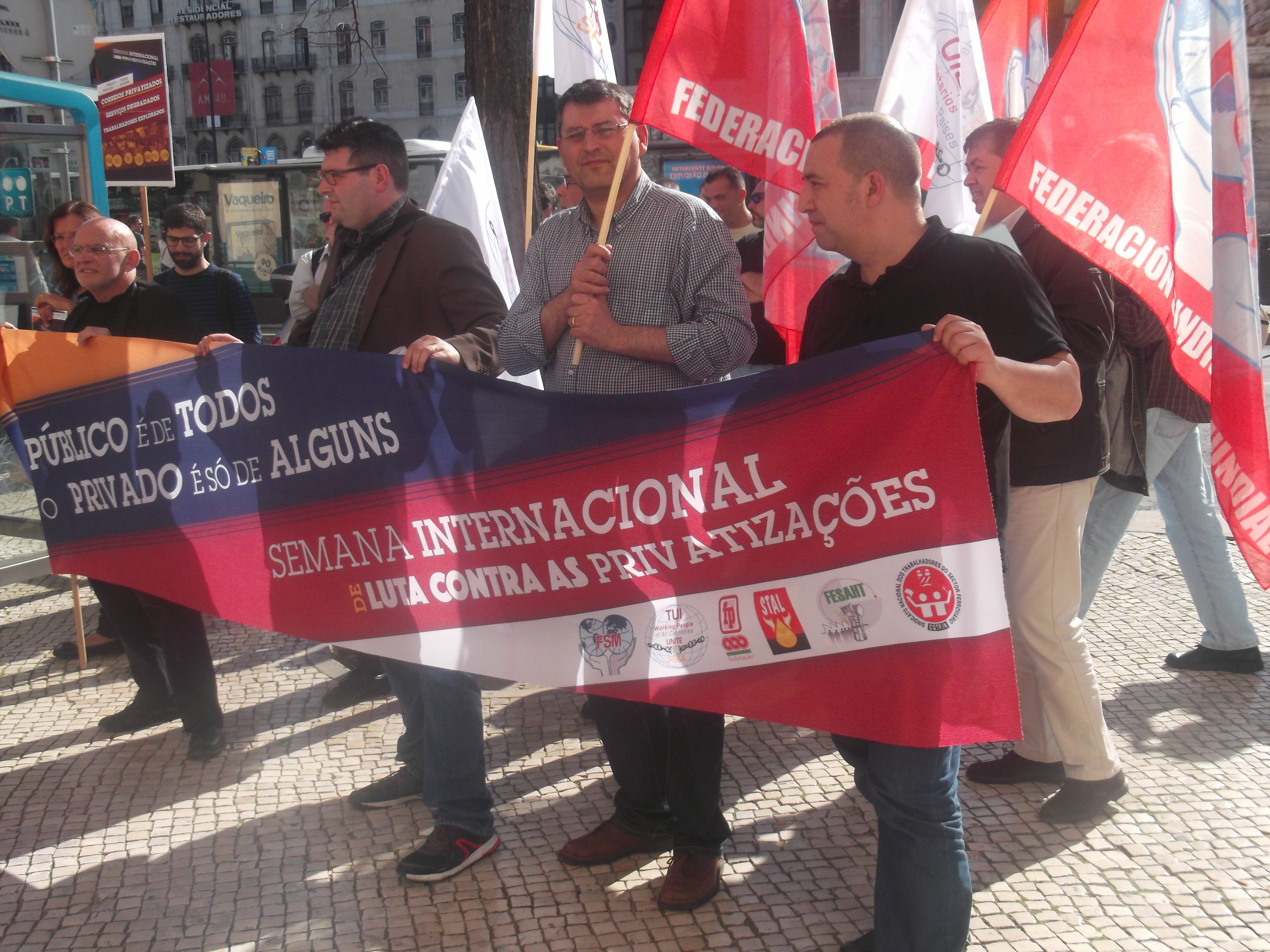 Comrade Pedro MP Milheiro from FEVICCOM, and UITBB Secretariat Member, at the demonstration 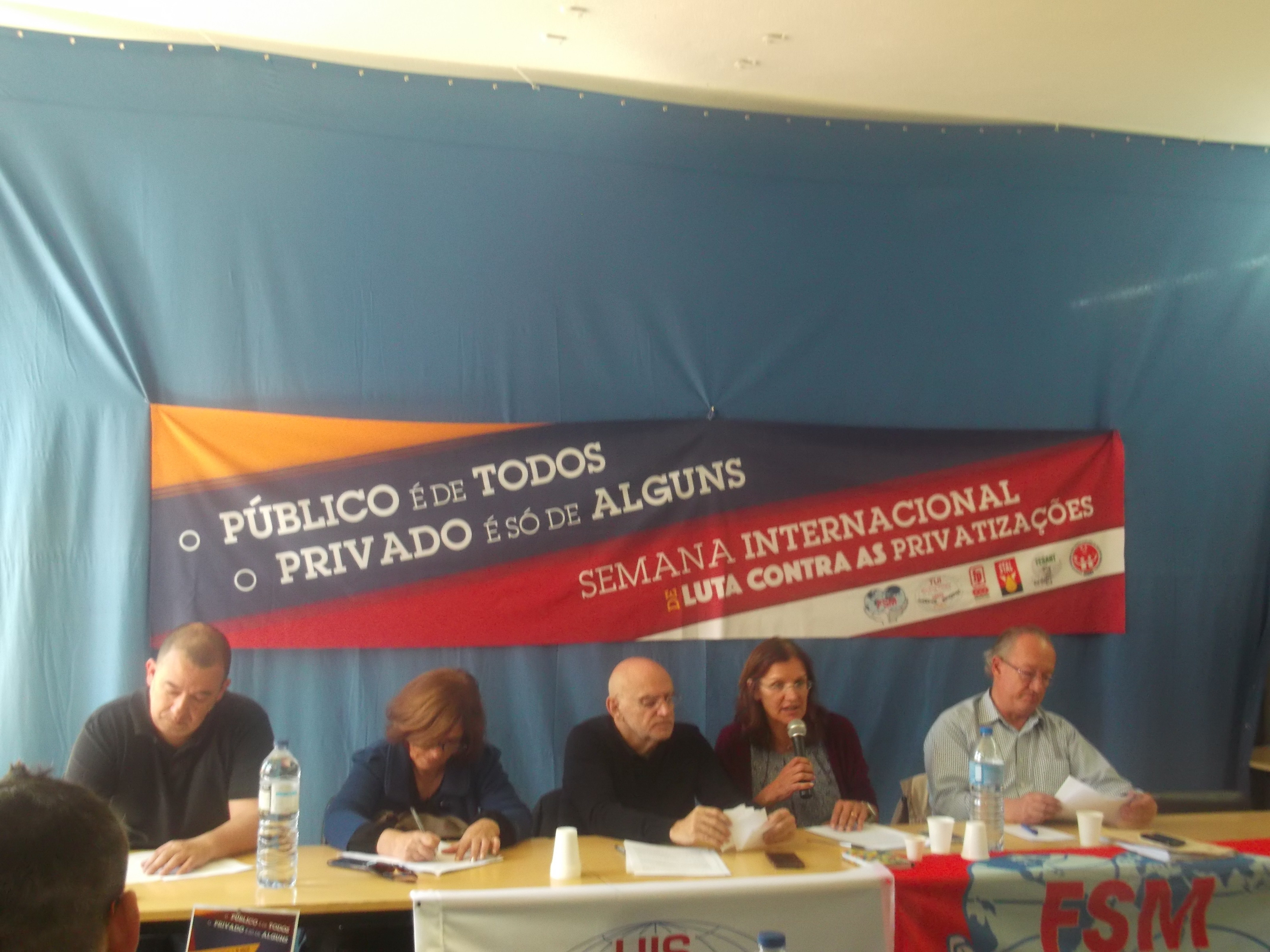 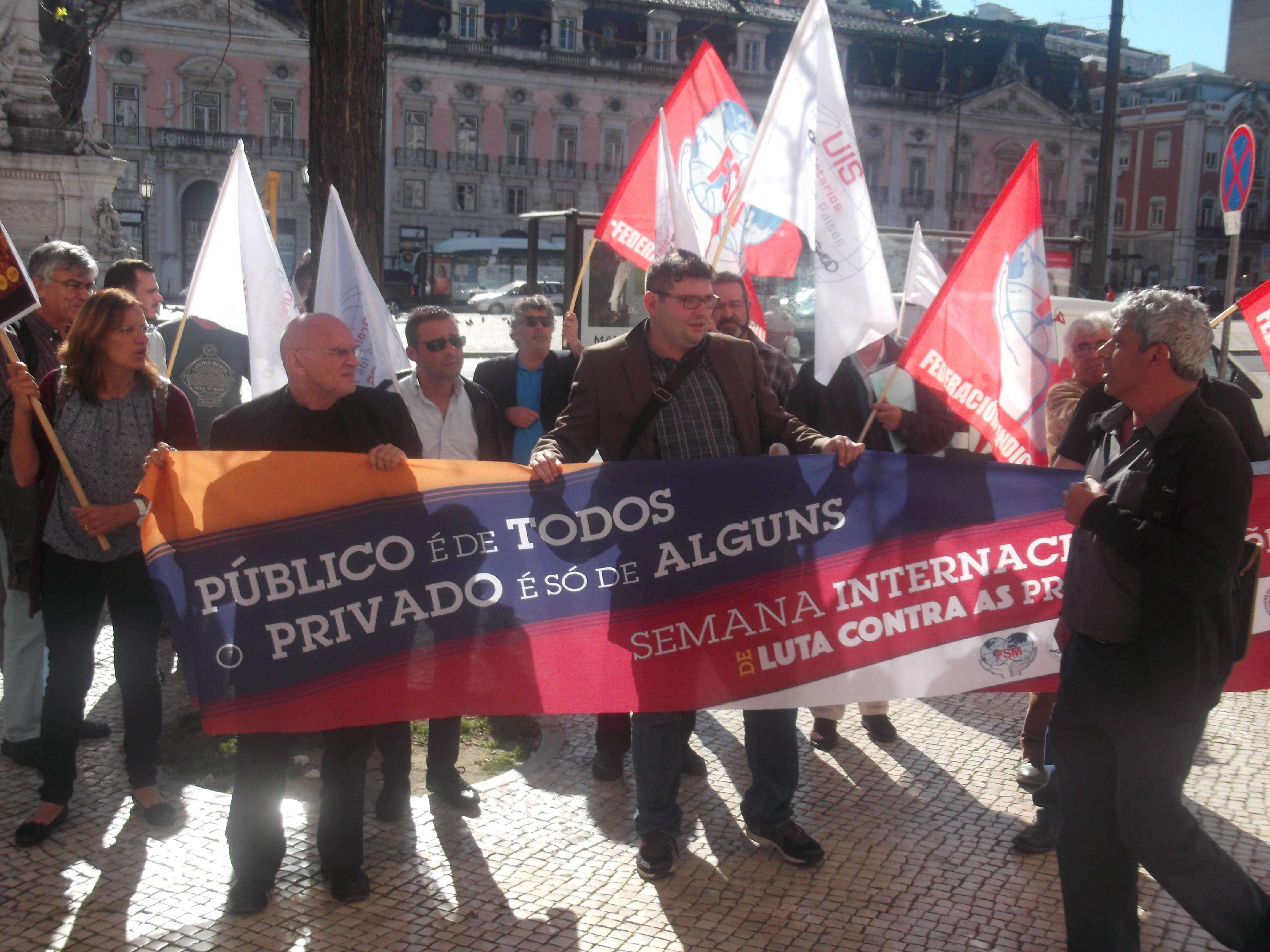 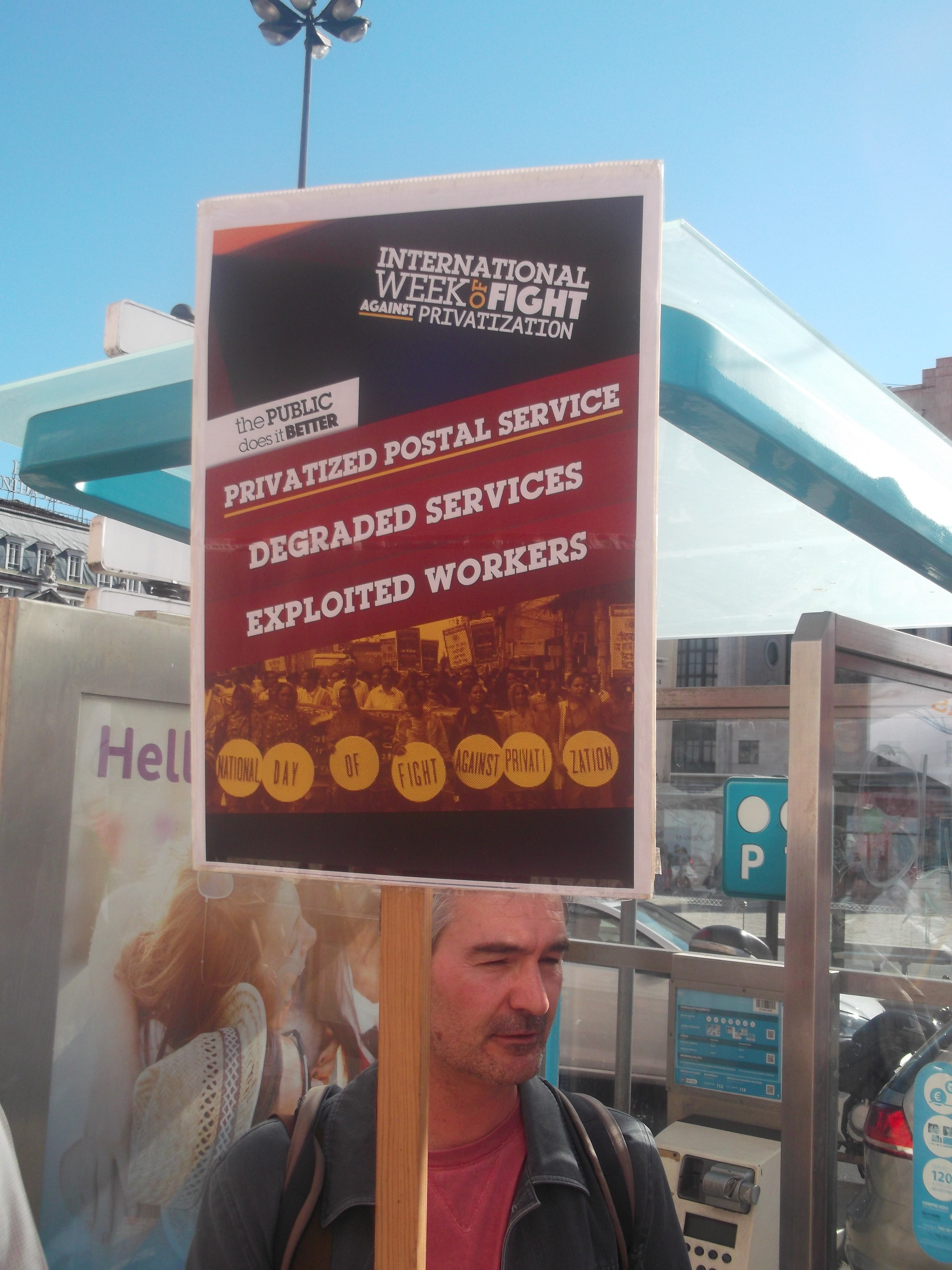 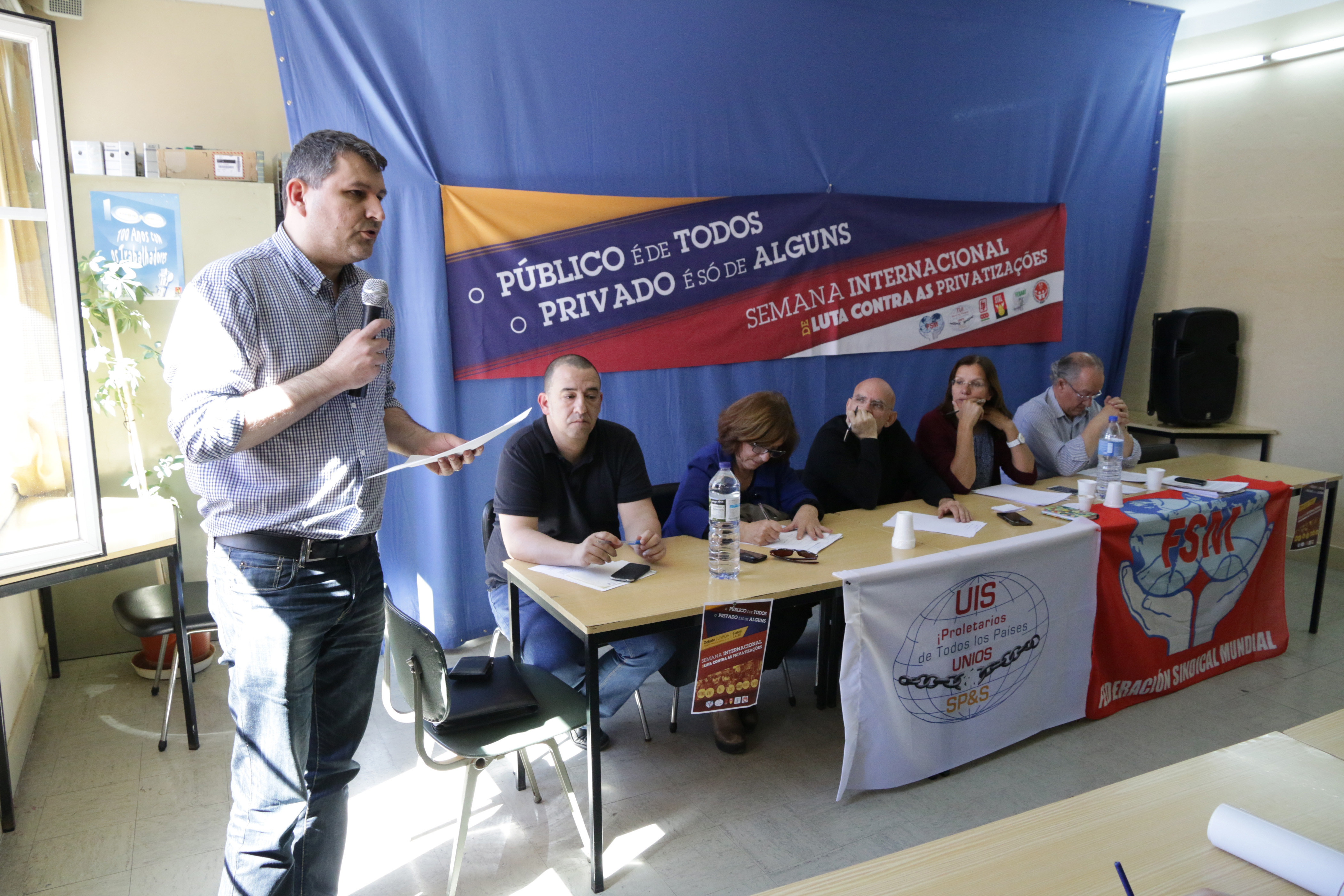 This initiative is part of the International Week to Combat Privatization and in Defense of Public Services and Social Functions of States, promoted by the Trade Union International of Public and Similar Services (UIS-SP-S), the structure of the World Federation of Trade Unions (WFTU). FEVICCOM participated with comrade Pedro MP Milheiro with an intervention (on two strategic companies of our sector that were privatized in the past), giving a contribution to the initiative, in solidarity with the struggle for the defense of the essential functions of the State and for the greater common good.