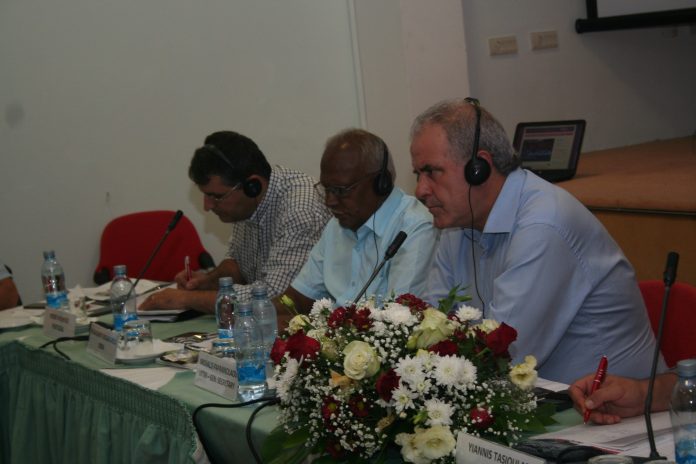 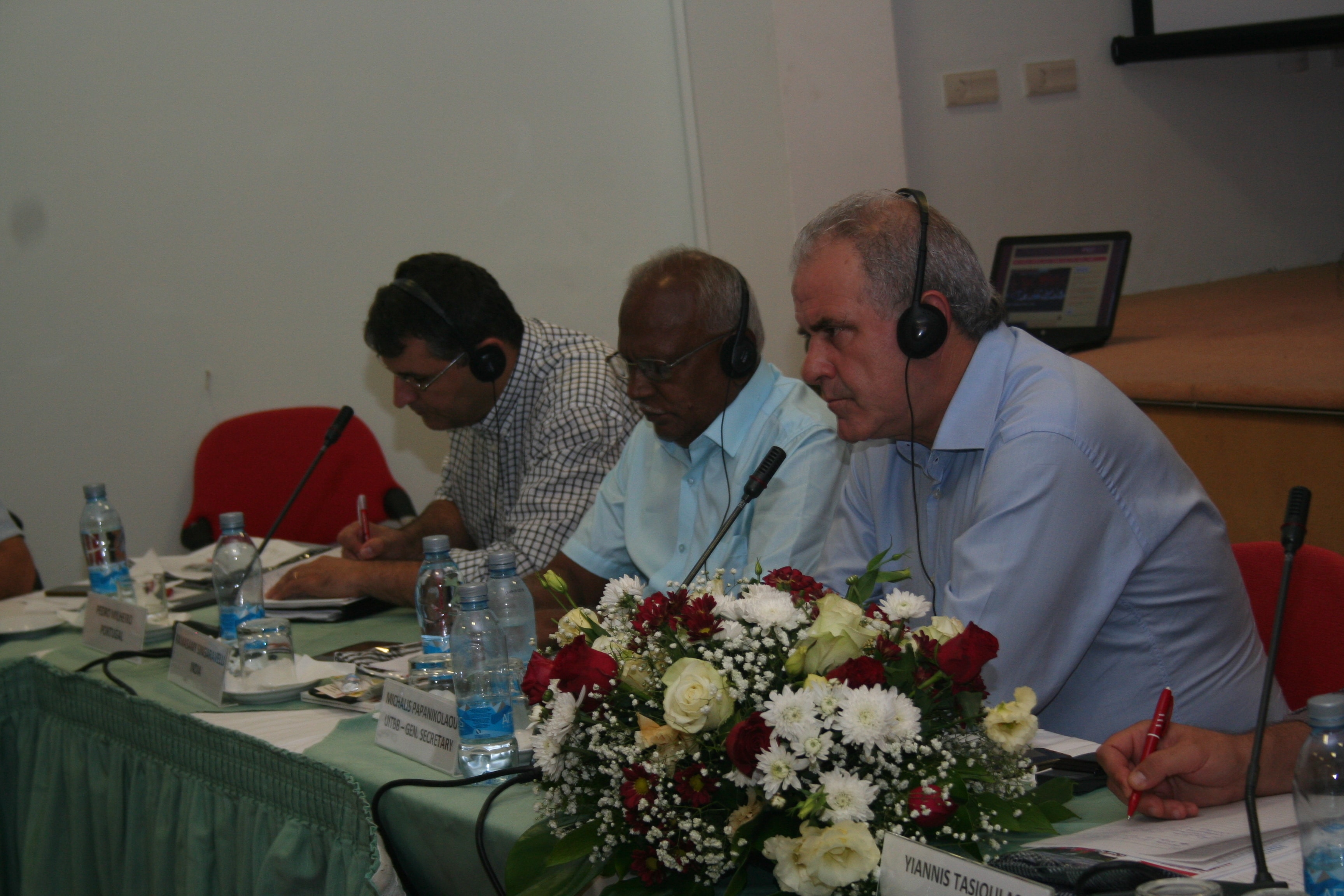 It is our great pleasure to have you with us, in this very important UITBB meeting. I wish everyone a pleasant stay in Cyprus, and I am certain that the days we are going to spend together, will be very productive and useful for the sake of our organization and the workers in the sectors we represent.

The current period is still very difficult for the workers, because the forces which serve the interests of the capital, are attacking in an organized manner their vested rights, faithful to the politics of deregulation, abolishment of the social state and annihilation of every form of resistance the workers can put up, through their class-oriented trade unions.

The world in general is going through an extended crisis on all levels of life. On a daily basis, it is proven beyond any doubt that, as long as the produced wealth is unfairly distributed and everything is organised in a way so that the profits are increased only for the few, there will never be any hope for solving the problems of humanity.

The monopoly capitalism is at its highest and last stage, that of Imperialism. The deep and prolonged capitalist crisis leads to antitheses and antagonism among the imperialist powers. The only solution for them to increase their profits when they are fighting each other, is to go to war.

This fact is not suggested by anyone; rather, it comes from the very nature of the capitalist system. And we should be certain that when a war ends, there will be another one very soon.

I have previously mentioned the consequences on the workers around the world because of this situation and the attack their rights are under.

It is here where the importance of the class-oriented Trade Unions’ role is underlined. Headed by WFTU, through the lines of which UITBB operates, and with its affiliated unions around the world, many class-oriented struggles have been fought on various issues concerning the workers, as well as for more general ones.

The characteristics of these struggles are the undying faith in the goals defined through our action plans, the general mobilisations against all forms of attacks against the rights of the workers, the highlighting of our international solidarity, the fight against wars and in favour of peace, the unwavering support to our immigrant colleagues and the constant reminders to the workers that it is only through a class-oriented, organised struggle, that they will manage to change their lives.

Through our actions, we have had successes. But we have also had serious weaknesses, which we must carefully study and try to overcome.

One such weakness is the not-so-regular meetings of UITBB’s bodies. We could have a Secretariat meeting and an Executive Committee meeting once a year. I believe that, with the new situation in our international union, this goal can be achieved.

Based on UITBB’s new financial situation, and given that its affiliated organizations must be consistent with their financial obligations, we believe that it will be possible, where there is real need, to help some organisations with part of their travel expenses.

At the same time, we need to analyse the subjective reasons for not going to our meetings. This has to do with the response of some organisations to the invitations of UITBB for various activities. In some cases, it is not satisfactory.

As far as our regional activities are concerned, we believe that we have established a good foundation for the development of our work, while the weaknesses we present in Latin America and Africa, need to be limited.

During the current period, we have organised, almost every year, regional meetings in Asia-Pacific and Europe. It was not possible, however, to do so in Latin America and Africa. This obstacle must be overcome. We should note however, that in Latin America, we do organise activities through UITBB’s peripheral organisation, FLEMACON. What needs to be done though, is a meeting with international character.

Generally talking about the Action Plan, we should be satisfied with the results, taking into consideration the transitional stage we were going through as UITBB, as well as the very difficult conditions of our organisations around the world, which were quite worsened by the capitalist crisis. Today, we must be much more demanding with ourselves and try to achieve better results following the new Action Plan which, I am certain, we can do so with better cooperation from everyone.

Since we are talking about the Action Plan, I believe we need to discuss another, very serious obligation that will soon be upon us and go forward with all the necessary planning, which is our 17th Congress.

Closing this introductory speech, I would like to repeat my certainty that with the productive discussions we will have for all the issues that concern us, we will be able to establish even stronger foundations for strengthening UITBB further, for the benefit of the workers in the sectors we represent.