On an international level, over the past four years we have seen the continuation of the structural crisis of capitalism, a crisis of systemic nature, which is a result of its unresolved, intrinsic contradictions, which have acquired new dimensions, are expressed in the attempt of the system to renew itself and survive at the expense of public funds of workers and peoples. 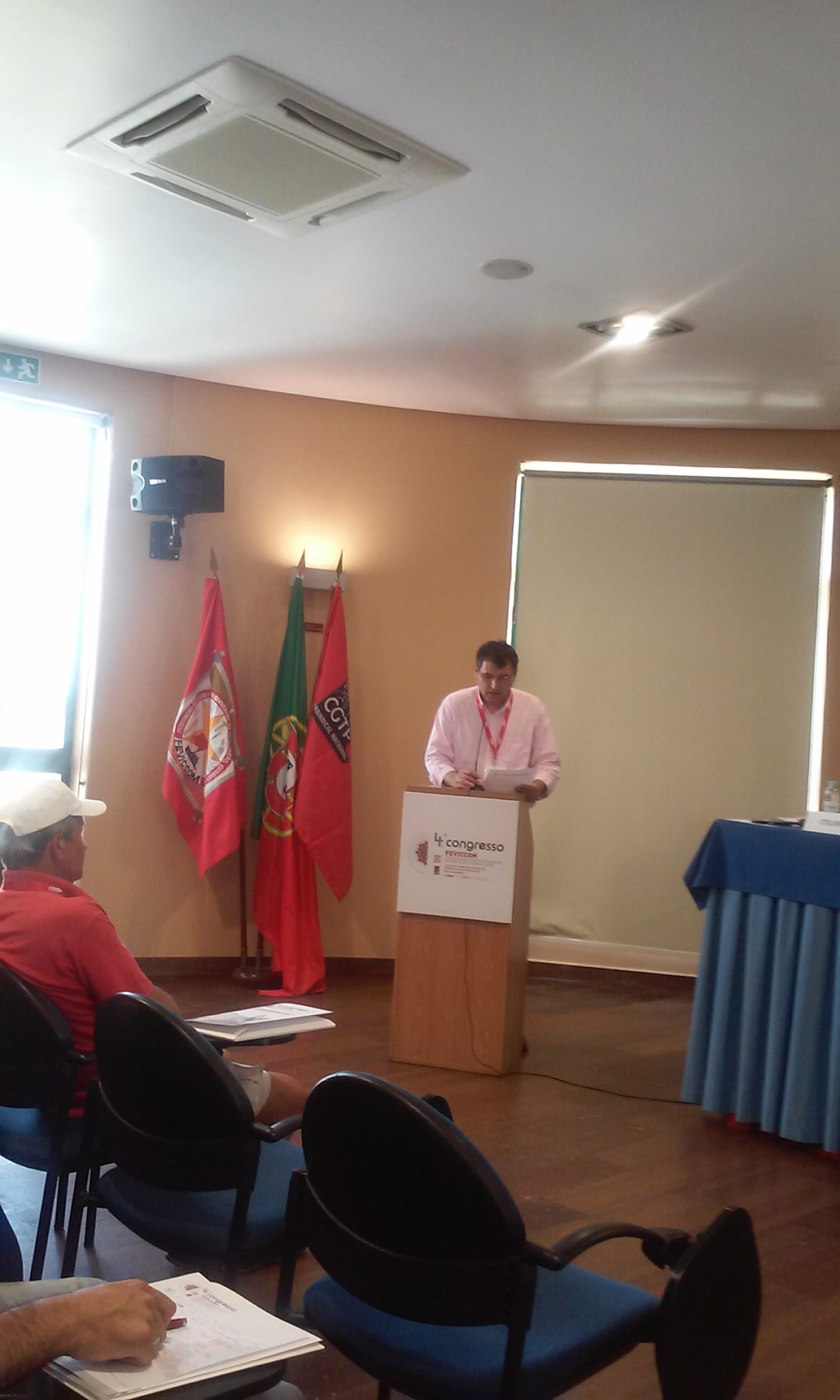 There has been an increase in the number of unemployed and poor people around the world while at the same time there was a strengthening of economic and financial power that dominates and hold hostage the political power.

Some of the symptoms of this crisis include increased foreign interference, new conflicts, and the situation in the Middle East which has been deteriorated, especially in actions against Palestine, Iraq and Syria, with the appearance of terrorists groups like ISIS.

In the case of Iraq, Syria, Libya and other countries of the Maghreb, the military policy of aggression disrupted societies, destroyed entire economies resulting in millions of refugees. 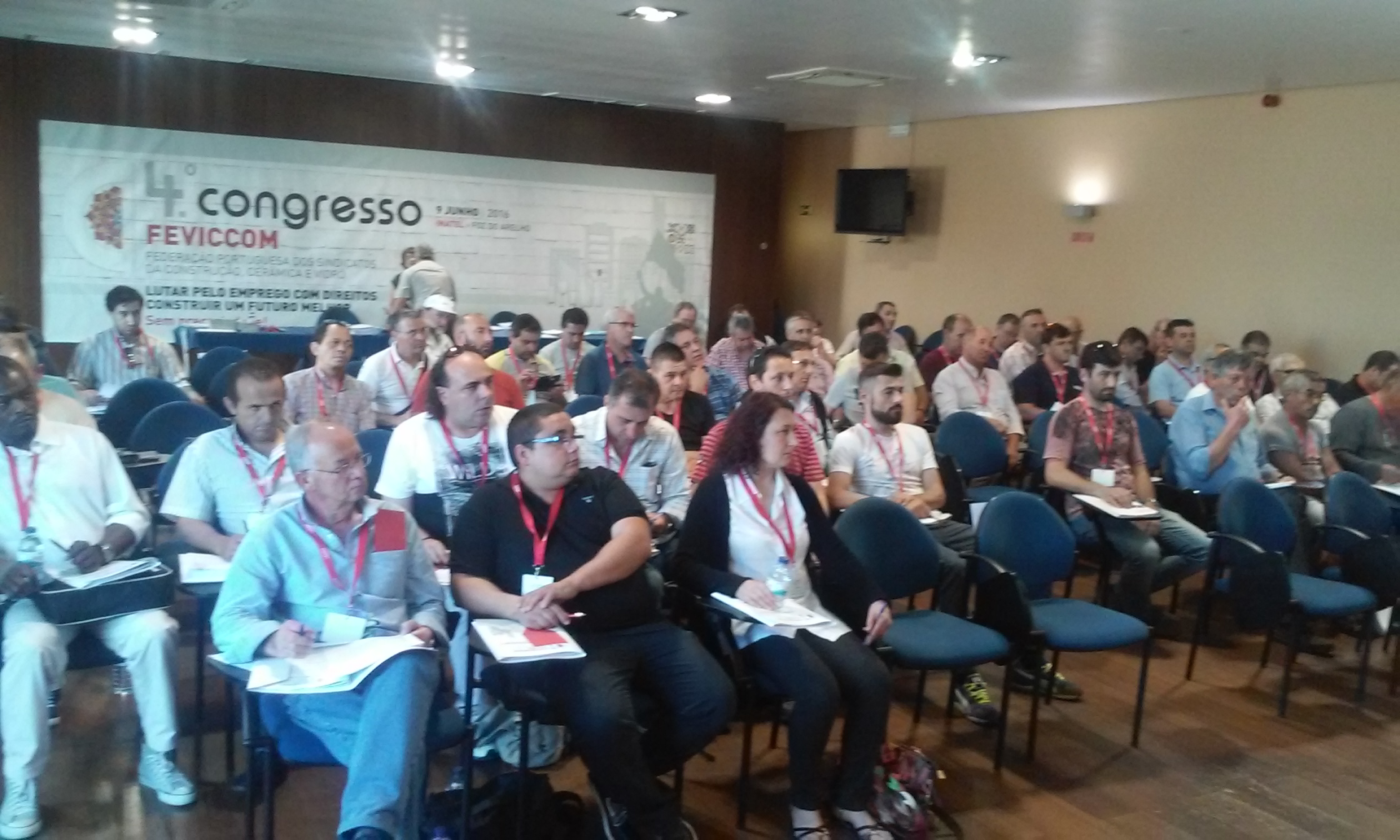 Delegates at the Congress

In Latin America there have been violent attacks against progressive governments that could serve as an example of fundamental changes in the world, which would undermine the hegemony of the capitalist system.

In Africa we continued witnessing the exploitation of people and the essential raw materials for the dominant multinationals.

The Asian continent is transformed into the “factory” of the world, which has intensified the level of exploitation of workers in the last four years.

In Europe, the European Union and the Eurozone have proved themselves good instruments to serve the interests of the great powers, drifting more and more apart from the workers and the peoples.

The European Union defends and promotes the neoliberal policy which requires common rules for national economies which are different with each other, and reinforces the hegemony of the great powers on the pretext of reducing deficits and public debts. In doing so, it imposes impossible conditions, aggravating the process of “European integration”, and using the Euro as an instrument to increase the exploitation of workers and peoples to” feed “the big economic and financial groups.

The preference of the capitalist system for a policy that has the exploitation in its core, is the cause of a huge increase in inequality in the world, which today reaches unprecedented levels. 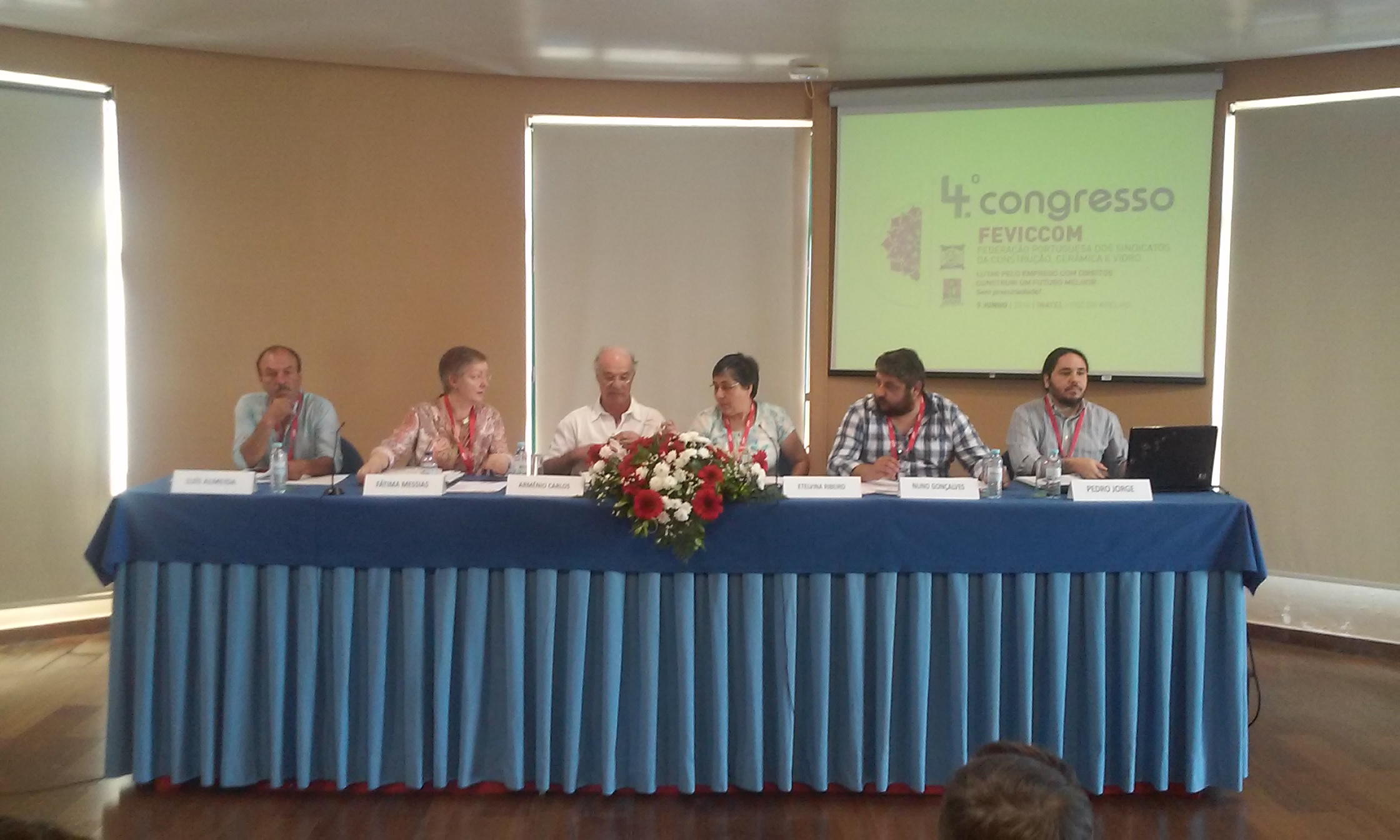 The Presidium of the Congress

FEVICCOM deepened, in these four years, its activity of solidarity and struggle for peace, participating in various denouncing initiatives and combating the growing aggression against the workers and peoples, sovereignty and national independence as well as the threats of the growing of the militarization on international relations, with all the dangers that this entails.

The international activity of the last four years resulted in the implementation of the guidelines and priorities set by the last FEVICCOM’s Congress and it has assured our intervention and participation in numerous Trade Union spaces, which has deepened the Trade Union relations, mutual understanding and solidarity of the Portuguese workers with the actions and struggles of millions of workers around the world. FEVICCOM responded to the most received invitations, continued to maintain a large number of contacts, which resulted in the consolidation of its international action.

Over the past four years, given the evolution of the International Trade Union Movement and the effects of capitalist and neo-liberal policies, FEVICCOM continued to participate in international activities mainly through its UITBB, in addition to participation in the European Works Councils of the Saint-Gobain group and punctually in the Carl Zeiss group.

FEVICCOM maintains privileged relations with the European Trade Union Movement affiliated to the WFTU, especially with PEO of Cyprus, CIG of Galicia, LAB in the Basque Country, FTUB of Belarus and PAME from Greece.

In bilateral relations with other organizations, we highlight the most frequent contact with the FECOMA (Federation of CCOO in Spain) and the FNSCBA (CGT, France). Specifically with CGT, we developed a working partnership in the project “For a fair and responsible Detachment” that will end this year.

We have presented reports for all these actions to all our Trade Unions and we will continue to do so. We are proud of our international prestige stemming from the faith other organizations have in us and our position in the International Trade Union Movement.